Patent images of a Mercedes-Benz SLS AMG four-door have apparently been found, showing the usual gullwing layout with the addition of conventional-swinging rear doors. 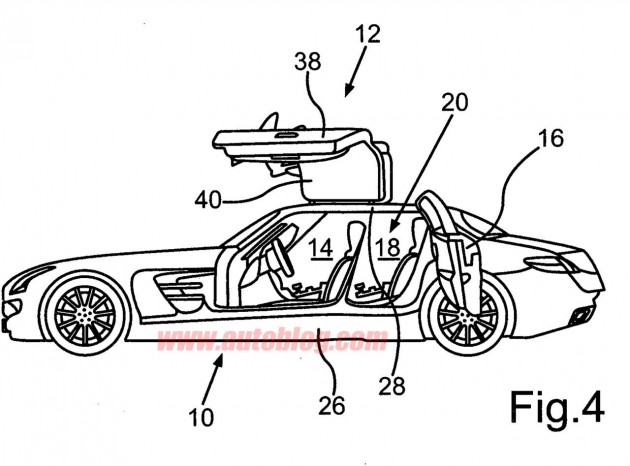 The images are allegedly official, however, it doesn’t necessarily mean Mercedes-Benz will be putting it into production. Patents are submitted by various manufacturers all the time to cover everything from their concept designs to initial ideas, as well as production cars.

As we can see, thanks to Autoblog in the US, the Mercedes-Benz SLS AMG four-door features four seats. The extra seats are accessed by two reverse-swinging rear doors which appear to join up with the gullwing doors.

There doesn’t appear to be any sign of a B-pillar, suggesting both side doors would be structurally integral to the SLS’s construction. A lack of a B-pillar would allow for plenty of access to the front and rear seats, while also allowing some continuity in the stretched design.

Mercedes-Benz AMG boss Ola Kallenius previously said that the SLS has been well received in the market, and a popular choice in terms of sales. He said because of the overwhelming reaction from customers, it would be the right strategy to grow the AMG brand.

An SLS AMG Black Series is on the way, while the roadster has just gone on sale in Australia, a baby SLS is also reportedly on the way. Expanding out into the four-door segment could be the next move. The car would rival the likes of the Aston Martin Rapide and other high-end four-seat models.