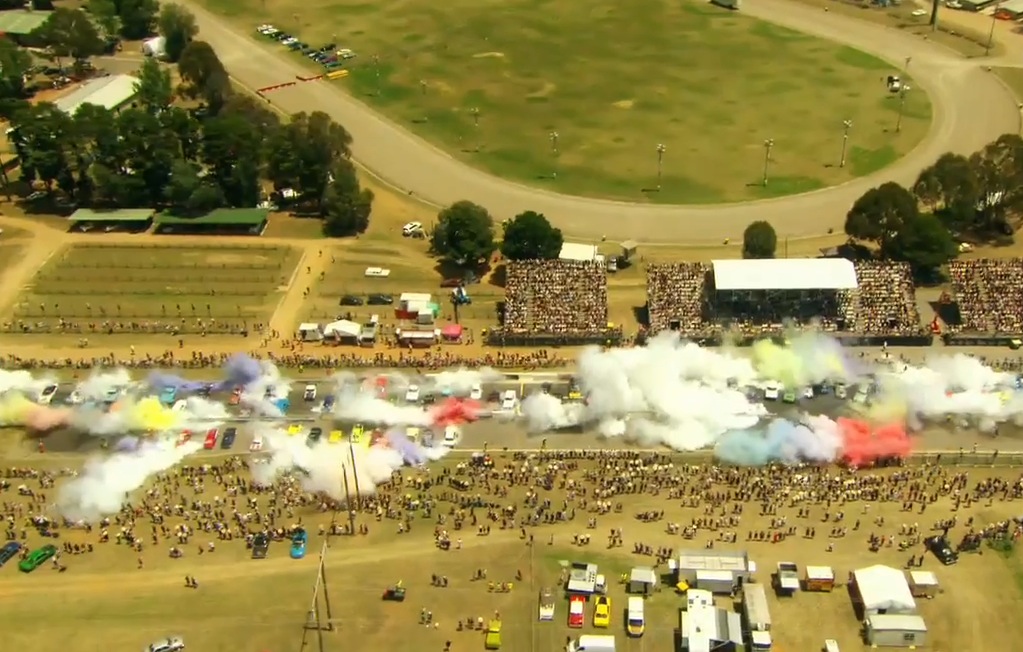 The official world record for the biggest simultaneous burnout has been broken at this year’s Street Machine Summernats 28 festival in Canberra. The record involved 103 cars all doing a burnout at the same time. 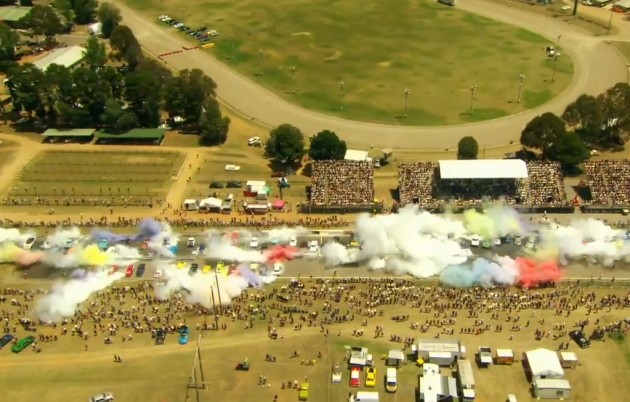 Guinness World Records was present to overlook the proceedings. The main rule was that every car had to be doing a stationary burnout for at least 20 seconds, all at the same time. Andy Lopez, Summernats co-owner, said,

“What a way to kick of Summernats 28. A truly awesome result. We were aiming for 100 cars and to have 103 cars complete the burnout for the world record is amazing.”

In order to complete the achievement, all 103 cars were lined up head to toe on the burnout pad at the event. It’s said that around 50,000hp helped create the record, with enough smoke to create new clouds in the sky.

Interestingly, the record surpassed the previous record of 68 cars, which was also achieved at the Summernats during the 2013 event. With 103 vehicles taking part, we don’t think this new record is going to be beaten any time soon. Chris Sheedy from Guinness World Records spoke about the spectacle, saying,

“There is few Guinness World Records that are as difficult to arrange and carry out as the simultaneous burnout world record. I see many spectacular records with my job, but this one in particular stands out.”

Summernats 28 ran from January 1 until January 4 this year. It was held at the usual Exhibition Park in Canberra, where it has been running since the first event back in 1987. The event is regarded as the biggest car festival in the Southern Hemisphere. See the video below for the crazy stunt.