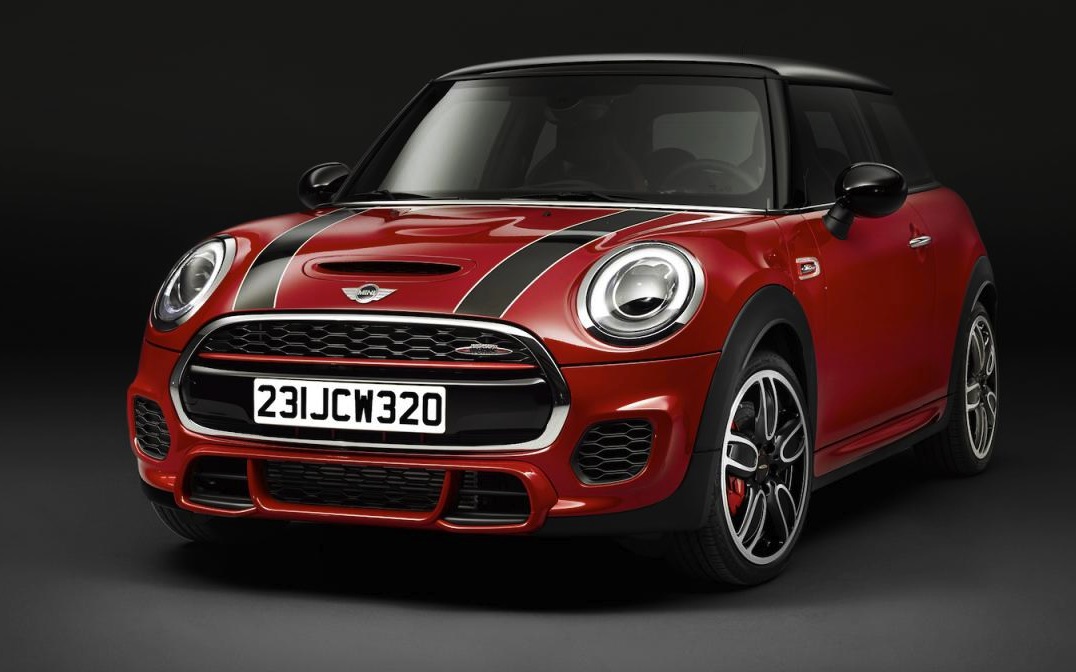 The new MINI Cooper John Cooper Works has been revealed, following the release of the facelifted Cooper and Cooper S earlier this year. An official public debut is set to take place at the Detroit show next month. 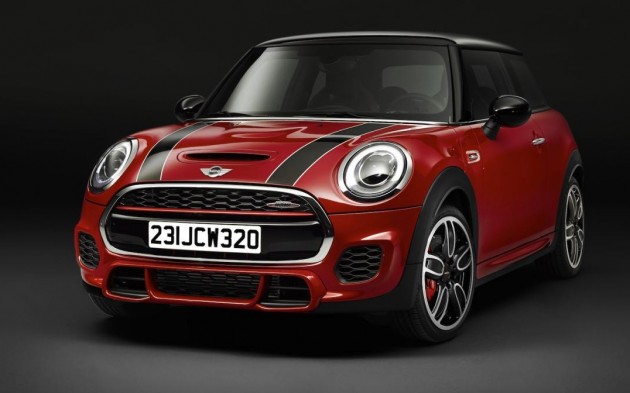 Like most new model vehicles that are coming out these days, the 2015 John Cooper Works is more powerful than ever. Under the bonnet sits a tweaked version of the new 2.0-litre turbo four-cylinder engine producing 170kW of power and 320Nm of torque.

Compared with the outgoing JCW and its 1.6-litre turbo, the new version offers 15kW more power and an impressive 60Nm more torque. Acceleration has also improved, cutting its 0-100km/h time from 6.7 seconds to 6.1 seconds for the new auto, and 6.3 seconds for the manual.

Some of this improvement in performance comes from the use of lighter weight materials resulting in some 100kg being dropped from the kerb weight. It now sits at 1205kg. Having a lower weight boosts handling and braking performance, and helps out with economy.

Lastly, the exterior design takes on the shape of the new-look Cooper which is longer and wider than the outgoing model. With the sporty JCW highlights, such as a bodykit and 17-inch alloy wheels, it looks like quite a rorty little package.

MINI Australia is yet announce local specifications and prices. If the updated Cooper is anything to go by, prices could drop from the predecessor. The previous edition was available from $50,400. More details are expected soon.