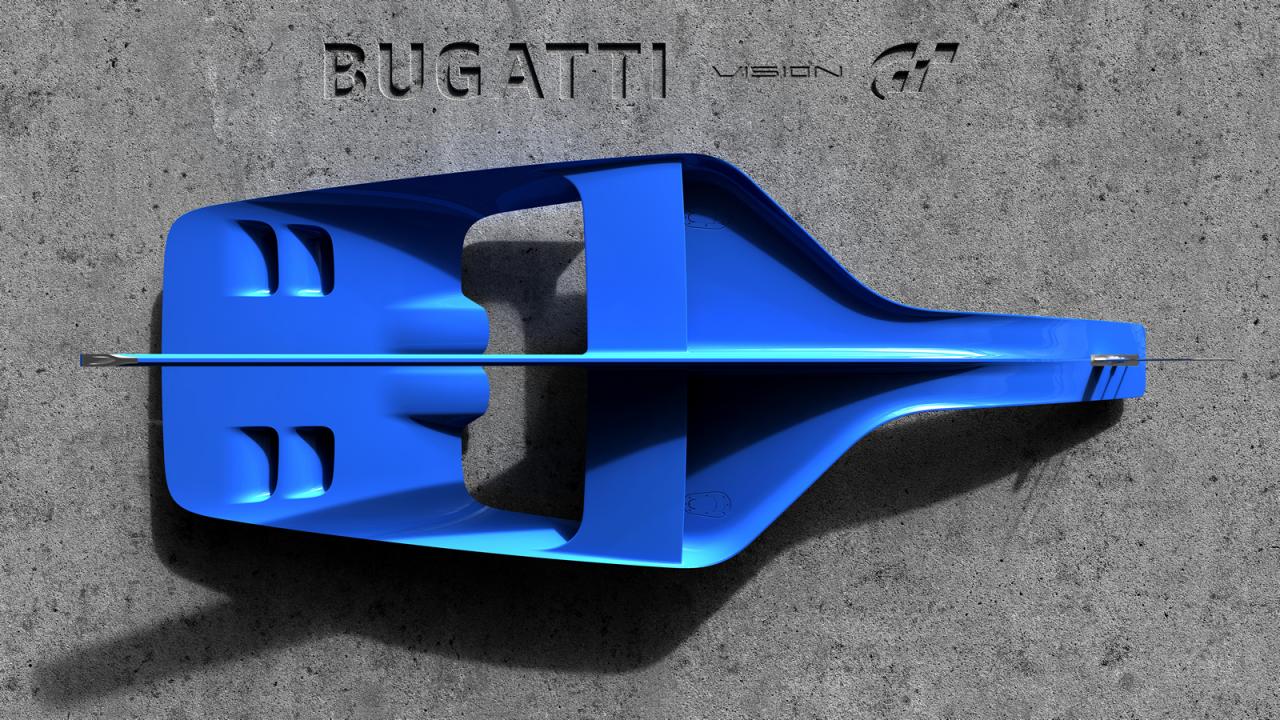 By now you have probably heard or seen the various ‘Vision Gran Turismo’ concept cars made for the hit Sony PlayStation game Gran Turismo. Bugatti has announced it is soon jumping on the bandwagon. 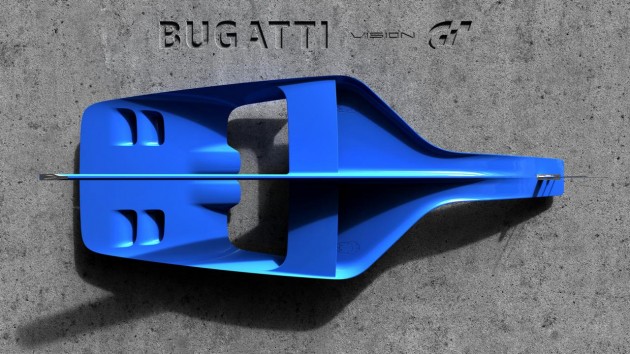 So far only this air intake piece have been revealed, looking like some kind of exotic shovel. It features intricate fins and air-guiding shapes, much like intakes used on aircraft and space ships. Speaking about the concept, Bugatti boss Wolfgang Durheimer said,

“Bugatti is the world’s most exclusive super sports car brand and Bugatti cars are only available to an extremely small group of automobile connoisseurs. At the same time Bugatti is admired and loved by countless people throughout the world. We highly appreciate this enthusiasm.

“The Bugatti Vision Gran Turismo will make our brand available to them as well as to gamers and high-performance aficionados throughout the world, only very few of whom will be able to afford a real Bugatti. They can all benefit from the success of our brand. This is a project for our fans.”

No specific details have been revealed on the concept, but if we take the caliber of the company’s production cars into account, a virtual creation is likely to be ballistic. The concept is set to showcase a futuristic design, however, Bugatti design boss Achim Anscheidt says the car will preview the company’s future styling language. Anscheidt said,

“Bugatti’s design DNA has reached a new stage in its evolution. In view of the nature of the project, our concept car for Vision Gran Turismo will be exaggerated and performance-oriented. Even so, the progressive design language will give an impressive demonstration of the path to be taken by Bugatti design over the next few years.”

The finished product is set to be revealed during the Frankfurt Motor Show in September, being one of the biggest auto events on the calendar. It will then be available as a play car in the popular Gran Turismo 6 console game.