The funky new Holden Malibu has been shown to Australians for the first time at the 2012 Australian International Motor Show in Sydney. The sporty sedan will go on sale during the first half of 2013, sitting beneath the Commodore. 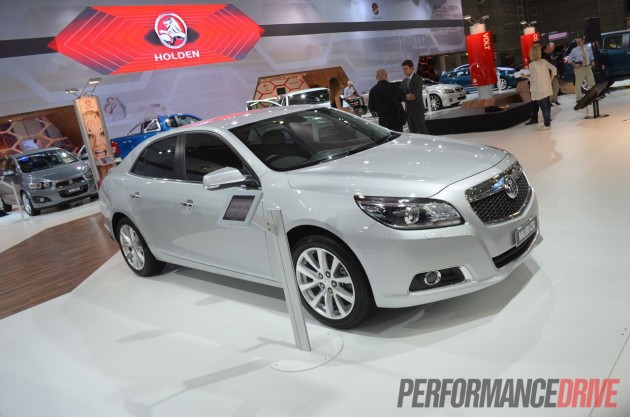 Holden will launch the Malibu with two different engine options, including a 2.0-litre turbo-diesel four-cylinder and a 2.4-litre petrol. Both are matched up to a six-speed automatic transmission. Power outputs are yet to be announced.

In terms of equipment, the Malibu will come with the latest technologies including rear park assist, stability control, keyless entry and engine start, and a colour touch-screen interface. 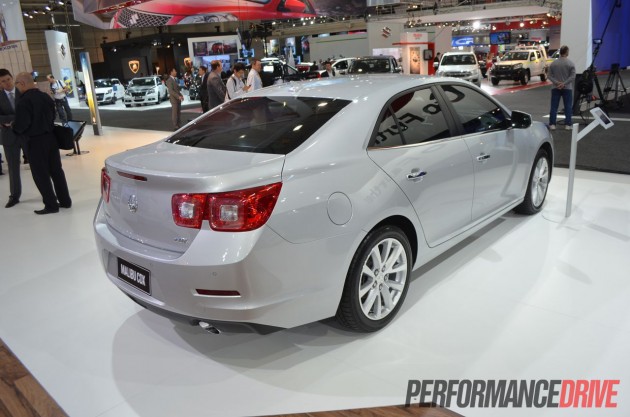 Being based on the General Motors Epsilon II platform, which also underpins the Opel Insignia and Buick Regal, the Malibu is set to be a fun steer with good ride quality and comfort. Mike Devereux, Holden chairman and managing director, recently spoke about the new model, saying,

“It’s a genuine premium sedan with strong visual appeal, mid-size interior packaging, Holden-tuned ride and handling and a surprising list of standard features. And the addition of Holden MyLink ensures it will offer customers a truly compelling package.

“Holden MyLink is very smart technology and Malibu will be among the first cars in our portfolio to get it.

Pricing and full specifications will be announced in the coming months.