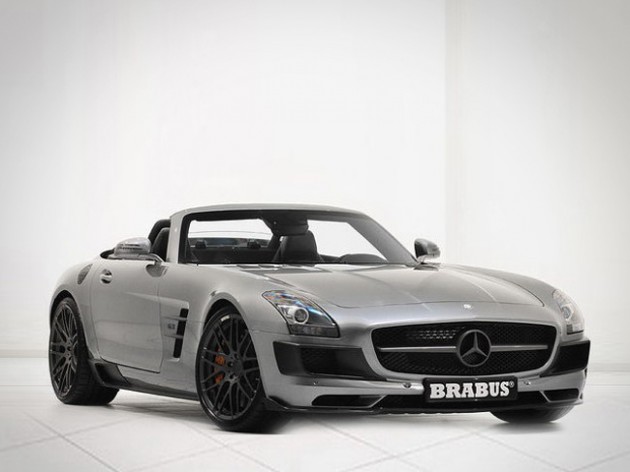 As the title suggests, the SLS Roadster no longer produces a measly 563hp, using its factory 6.2-litre naturally aspirated V8. Instead, BRABUS has almost certainly bolted on its twin-turbo system. In the coupe version, it produces a whopping 700hp (around 520kW, depending on metric or imperial horsepower conversion) and 850Nm of torque.

BRABUS says the mighty SLS 700 Biturbo, at least in coupe form, is capable of speeds up to 340km/h and 0-100km/h in 3.7 seconds. Details specific to this Roadster version will be revealed at its official unveiling this weekend at the 2011 Essen Motor Show. 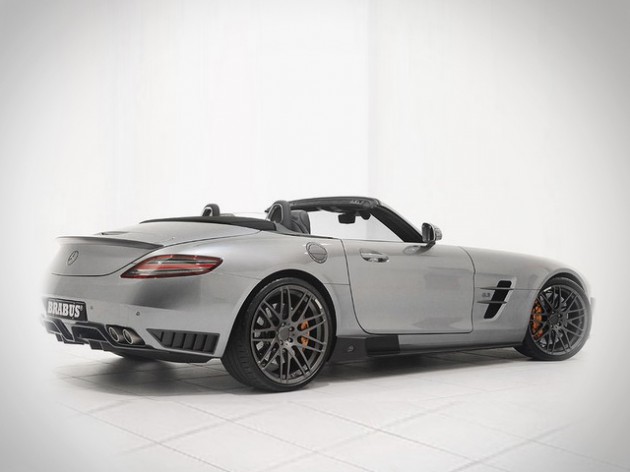 Like the SLS 700 coupe, the BRABUS SLS 700 Biturbo Roadster is likely to be fitted with an array of suspension and mechanical hardware to cope with the… copious amounts of grunt. As the images prove, it’s slightly lower than the production Roadster, and features Brabus Monoblock F Platinum Edition lightweight wheels – said to be 12 per cent lighter than the standard items. These measure 20 inches on the front and 21 inches on the back.

Inside is likely to feature the full BRABUS showcase, with a completely bespoke interior. Reupholstered seats, dash, carpets and roof lining are all a usual part of BRABUS’s programs. It’ll also include a BRABUS instrument cluster with 400km/h speedo, sitting behind a BRABUS steering wheel.

All will be revealed, along with plenty of other German performance cars and kits, at the Essen Show tomorrow. We’ll update this story with more details and images then. Stay tuned for plenty of other coverage as well.