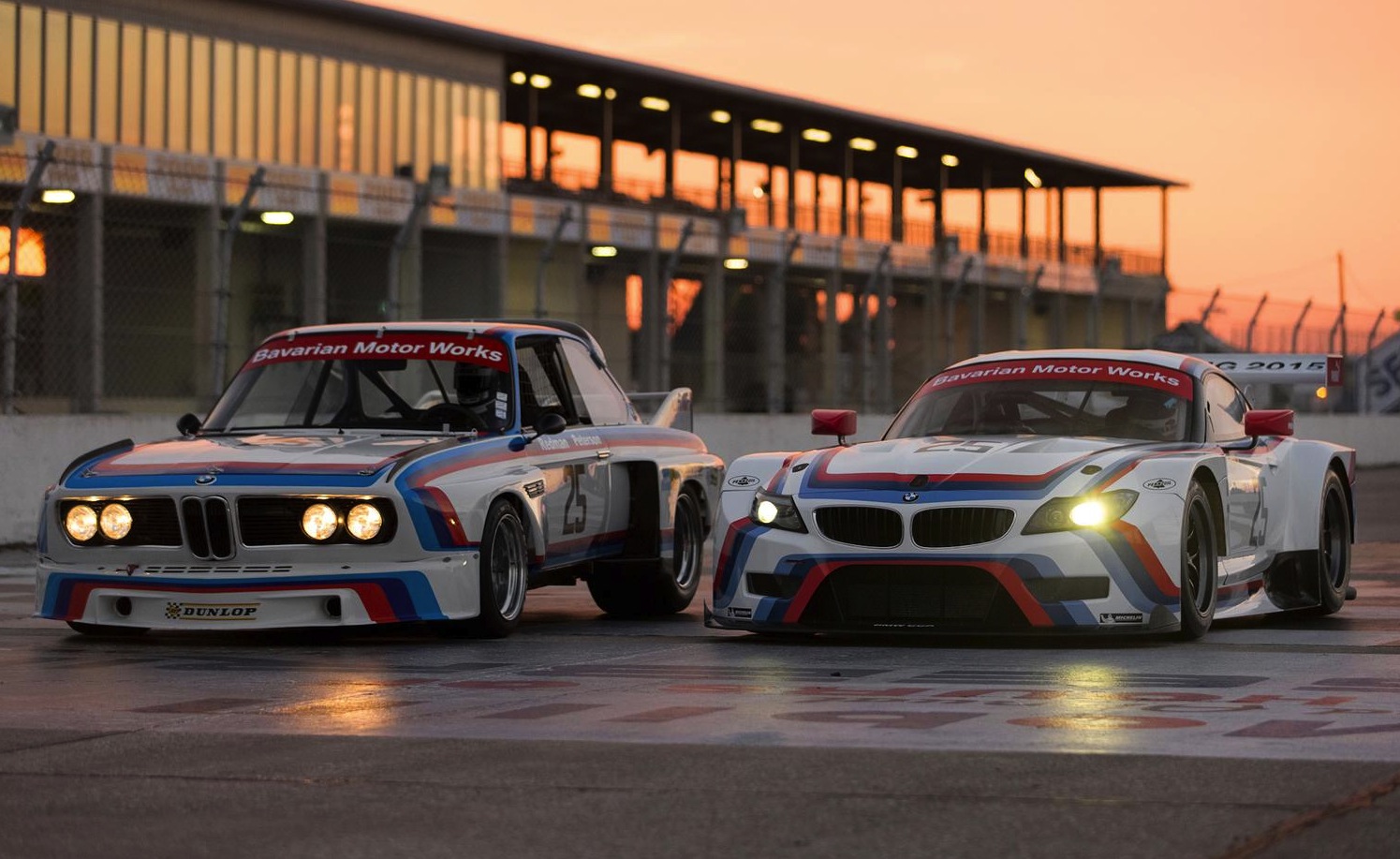 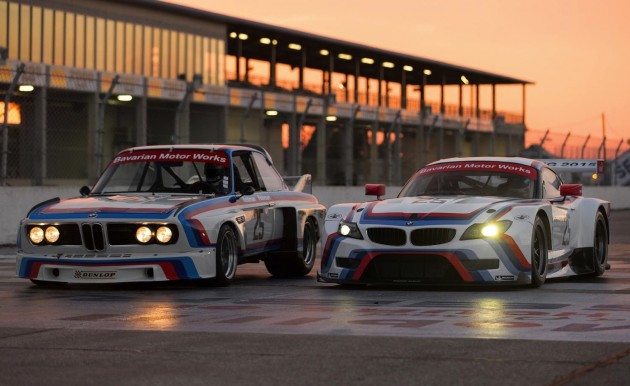 The racer pays homage to BMW Motorsport’s first victory at Sebring some 40 years ago. BMW Team RLL will race two examples of the stunning Z4 at the 63rd 12-hour Sebring event in Florida, USA.

Car number 25 will wear the colours of the winning BMW 3.0 CSL from 1975, with the iconic light blue, blue and red stripes draped over the Z4 CSL-inspired body. At the back are some hugely flared wheel arches and a massive wing, while at the front is a more modern yet strong interpretation of the Z4 road car.

BMW took the veil off the design at the 2015 Amelia Island Concours d’Elegance in Florida, where many of the successful heroes of the time helped celebrate the event including winners Brian Redman, Sam Posey and Hans Stuck. BMW said,

“1975 was a significant year in the history of BMW in North America: BMW of North America was founded, and just a few days later came the historic first victory with the BMW 3.0 CSL in Sebring.”

This year’s Sebring event will take place this weekend, on March 21.