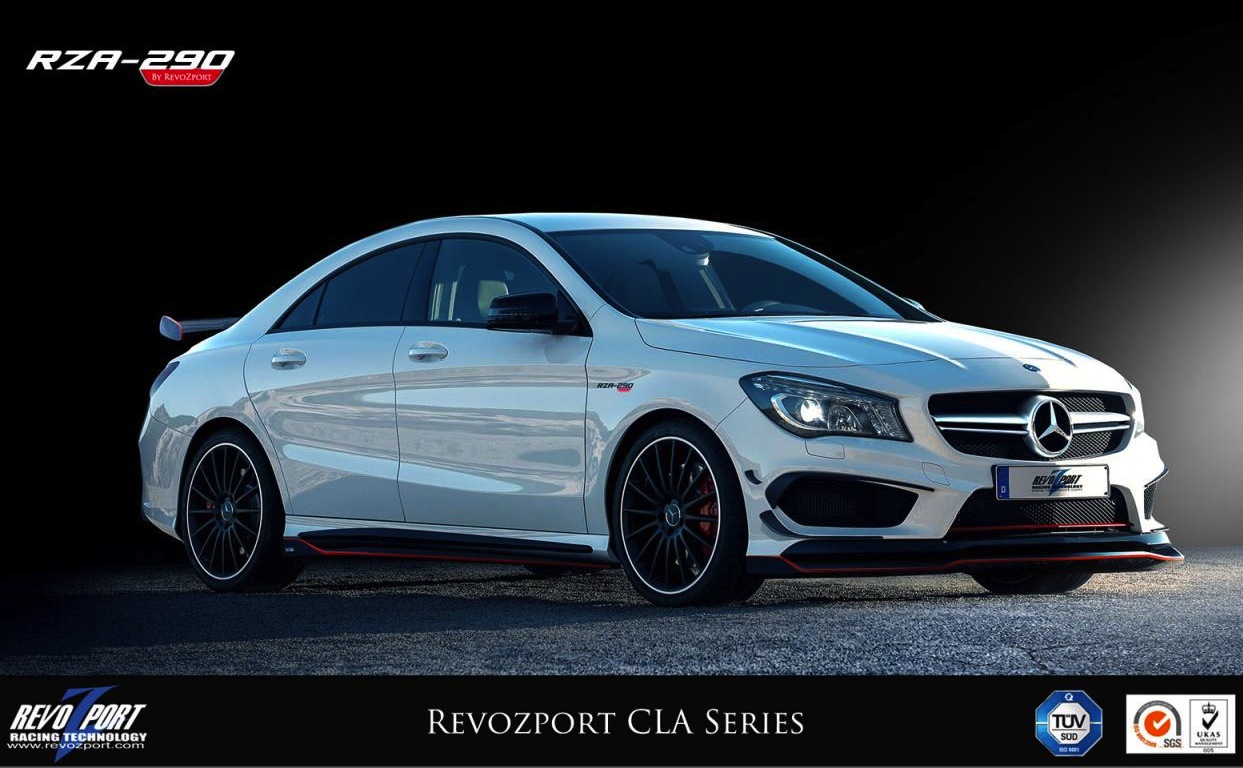 It was only a matter of time before a tuning company got hold of the sleek new Mercedes-Benz CLA-Class. RevoZport has come up with some light tuning products and a complete styling kit for the A-Class-based model. 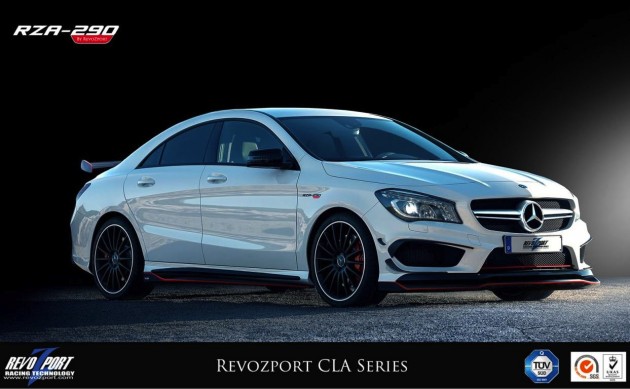 As you can see, the RevoZport RZA-290 package, as it’s being called, is more of an aero tweak for the popular four-door coupe. It includes a carbon fibre front spoiler which looks like it comes straight from a racing car, and at the back is a range of optional spoilers, including a huge carbon wing also fit for racing.

It doesn’t stop there, RevoZport has developed some unique side skirts to match the go-fast spoilers, a pair of side canards at the front, and a four-element carbon diffuser at the back with a ‘3D under-spoiler’ design. 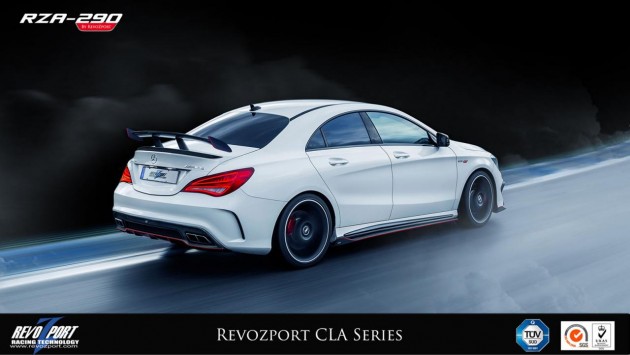 Overall, the kit certainly gives the CLA a more aggressive look. It can be applied to all variants of the CLA, including the range-topping CLA 45 AMG with its 265kW 2.0-litre turbo. Charles W, RevoZport boss, explained the philosophy behind the package in a statement, saying,

“We didn’t want to spoil the design of the CLA sleek look, so we offer three options for customer to choose and the one I personally love most is a simple but a bit more aggressive ducklip spoiler which will adjust its angle according to the speed.”

Some prototype versions of the next-gen, W206 2022-2023 Mercedes-AMG C63 have been spotted, absolutely flogging around the Nurburgring in Germany,...