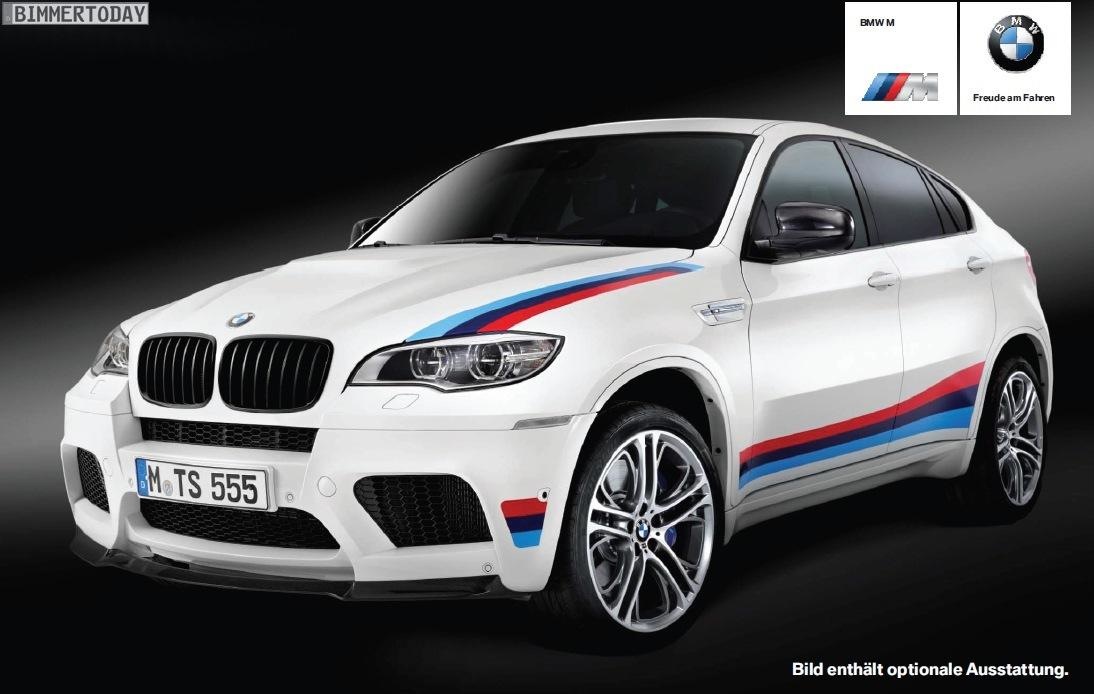 Images of a new special edition BMW X6, called the X6 M Design Edition, have been leaked online. The limited edition sees a number of styling tweaks made to the high performance SUV. 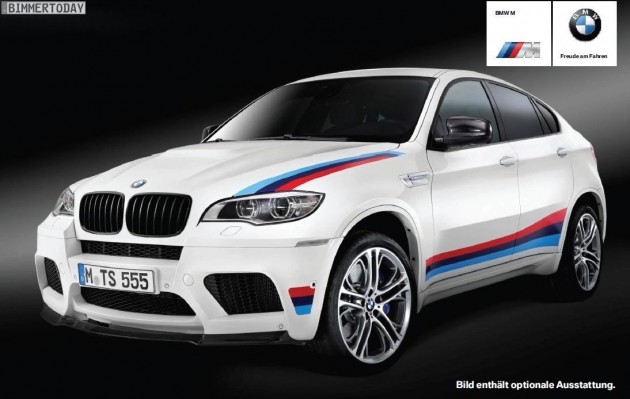 Judging by these images, the special edition will feature a distinct dark blue, blue and red set of racing stripes, in tune with the M logo colours. The stripes drape the bonnet and along the lower half of the doors and bumper bars.

The edition is also set to come with a carbon fibre bodykit with a neat lip spoiler at the front and a tailgate-mounted spoiler at the back. To match the carbon items, there’s also a number of black highlights scattered around the exterior, such as the front grilles, window surrounds, and side mirrors.

Inside, the cabin looks like it will come with a set of sports seats covered in Merino leather with red highlights. Coloured stitching and a red-accented dash give the cabin some extra spice. Parts of the dash and centre console also feature piano black trimmings to match the exterior theme. 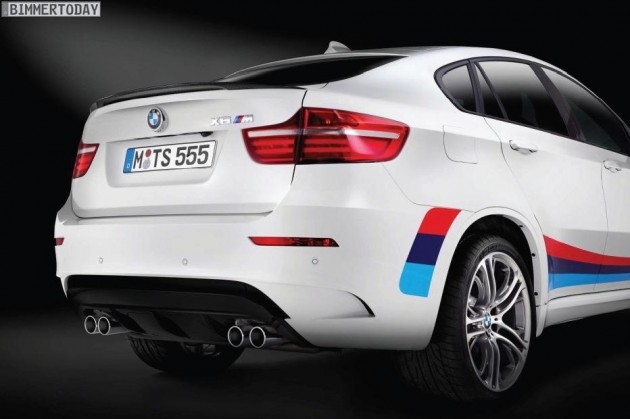 Other highlights include a set of 21-inch alloy wheels, as well as a special build number plaque on the dash. BMW will introduce just 100 examples.

It’s unknown if any changes are made under the bonnet. The X6 M isn’t exactly in need of any power tweaks. It comes with a 4.4-litre twin-turbo V8 producing 408kW of power and 680Nm of torque. Acceleration from 0-100km/h takes just 4.7 seconds.

Official details are expected to be announced in the very near future.