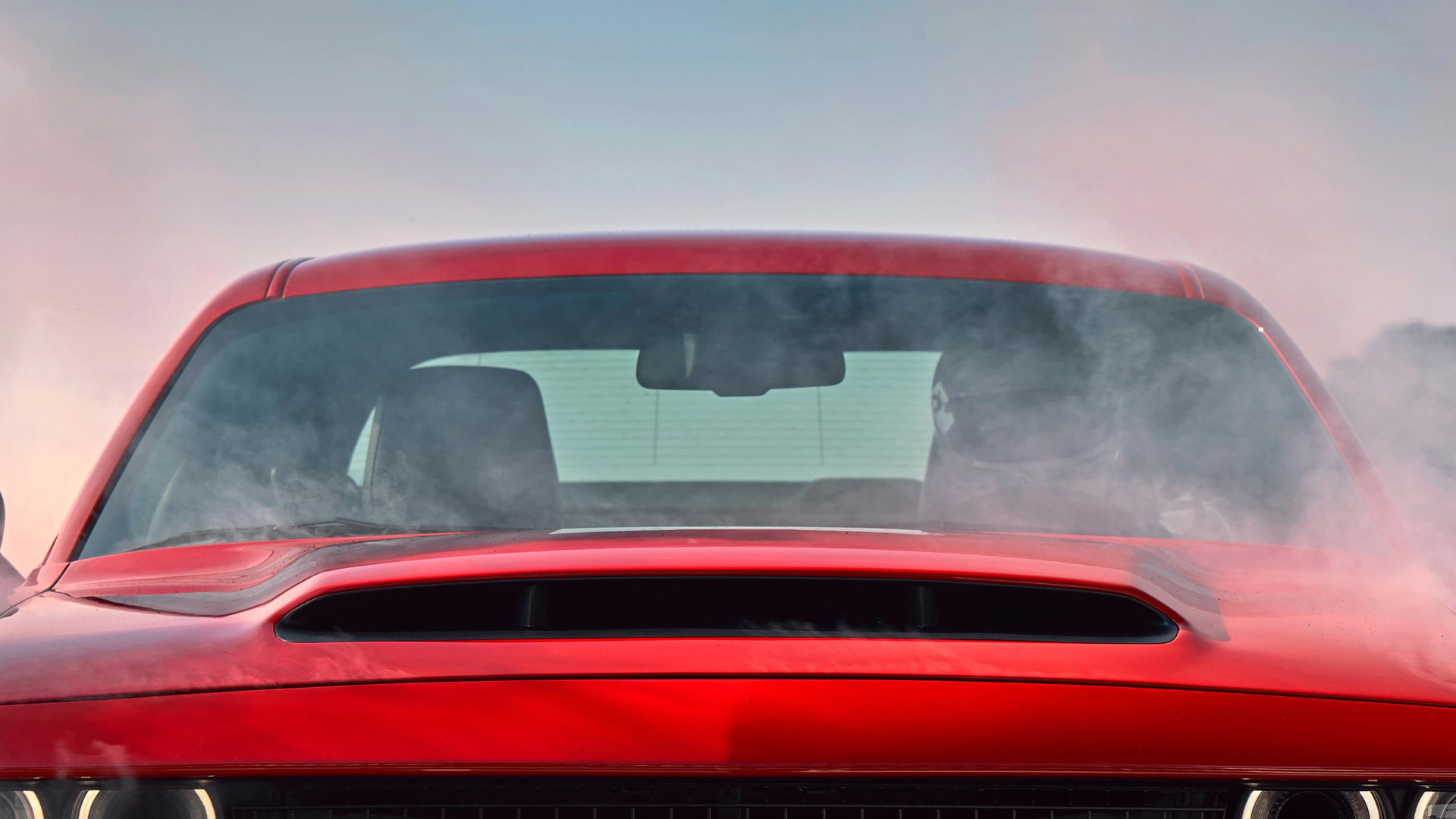 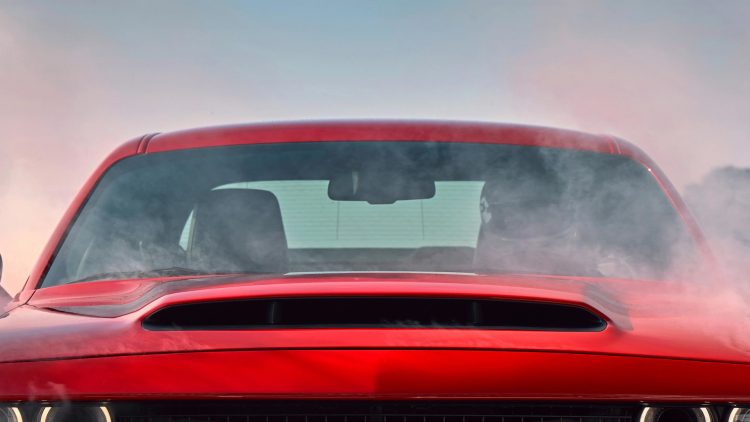 Dodge will unveil the Demon at the New York auto show in April, and so far we’ve learned it will come with race-ready Nitto tyres measuring 315 wide on the back, and we’ve also learned the muscle car will shed just under 100kg for extra performance.

In the latest teaser we get a preview of its “Air Grabber” bonnet scoop. This, measuring 290 square-centimetres, is apparently the largest bonnet scoop ever fitted to a production car. It is sure to provide big gulps of air for the 6.2-litre supercharged V8 engine under the bonnet.

It’s still unknown at this stage if the Demon will feature any engine tuning from the Hellcat. Given the Hellcat already produces 527kW, we don’t think many buyers will be complaining if there isn’t. Our guess is it might receive a mild tweak, but the improved power-to-weight ratio will help out significantly anyway.

As previously spotted, the Demon is going to look meaner than any other Challenger. We can expect pumped out wheel arches to suit those massive tyres, making it look even more muscular, while some unique aero components will help to stabilise the car during high speeds on the drag strip.

Dodge is planning to release an exhausting 14 teasers before its official reveal. We’ll be sure to keep you updated with the more interesting ones (hopefully they all are).