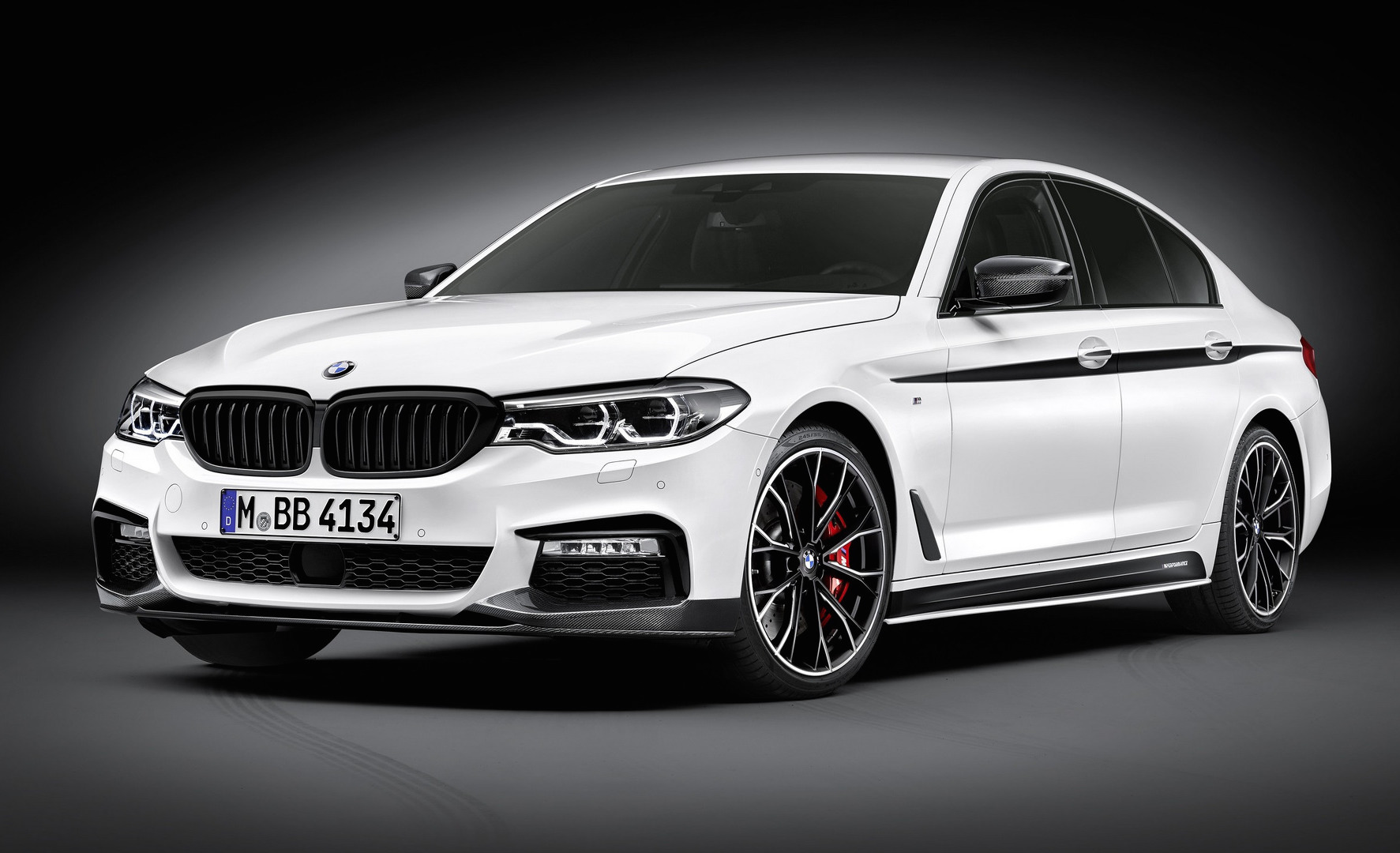 BMW has unveiled a range of M Performance enhancements that will be available for the recently-revealed G30 5 Series next year, bringing enhanced styling and increased engine performance. 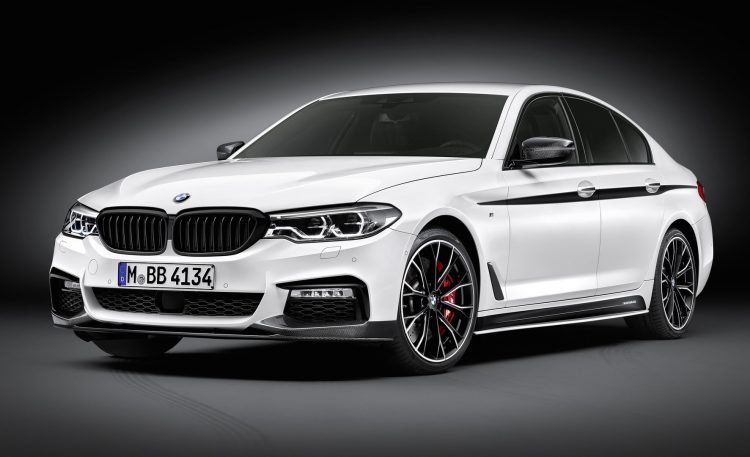 Starting with the styling, BMW has added its usual M Performance carbon fibre intensive theme, with black grilles at the front, black side skirts, and a black rear diffuser. There’s also some 20-inch lightweight alloy wheels, which, in our opinion, don’t seem to suit the 5 Series.

To help the rest of the car keep up with the increased performance there’s a set of special M brakes with four-piston calipers at the front, painted red, clamping perforated and inner-ventilated discs.

As for the interior, BMW hasn’t really provided many details but says an Alcantara-wrapped three-spoke steering wheel will be on offer. It features red marking at the 12 o’clock position with bespoke paddle shifters.

The engine tuning enhancements will be available from mid-2017, while the rest of the accessories will go on sale around March.