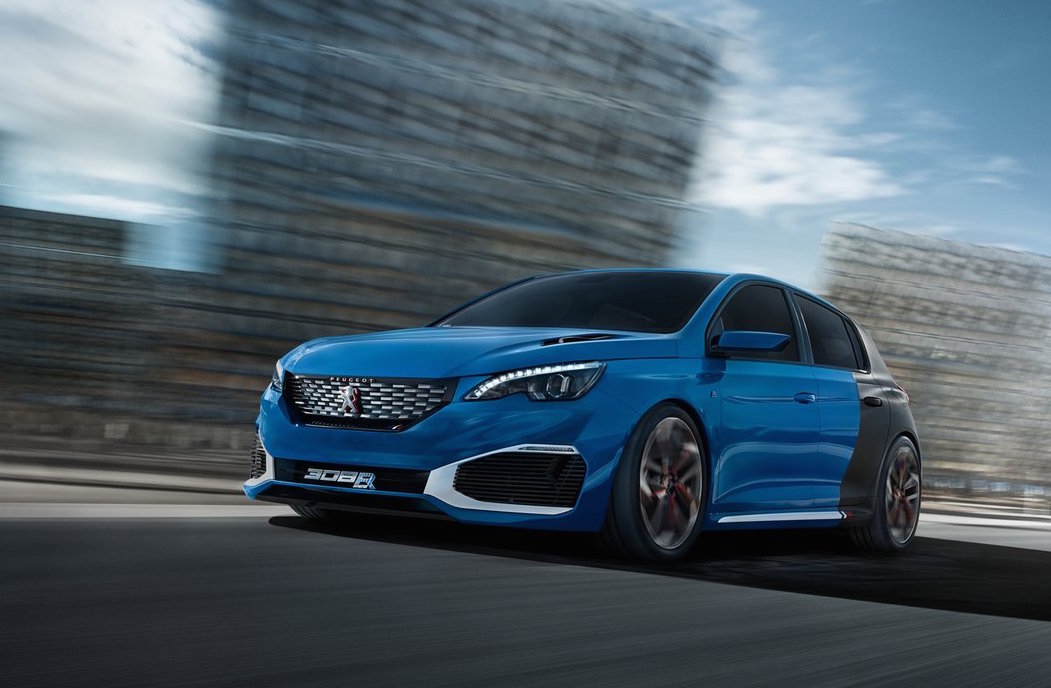 Peugeot is expected to produce a production version of its 308 R Hybrid concept shown at last year’s 2015 Shanghai Motor Show in China. 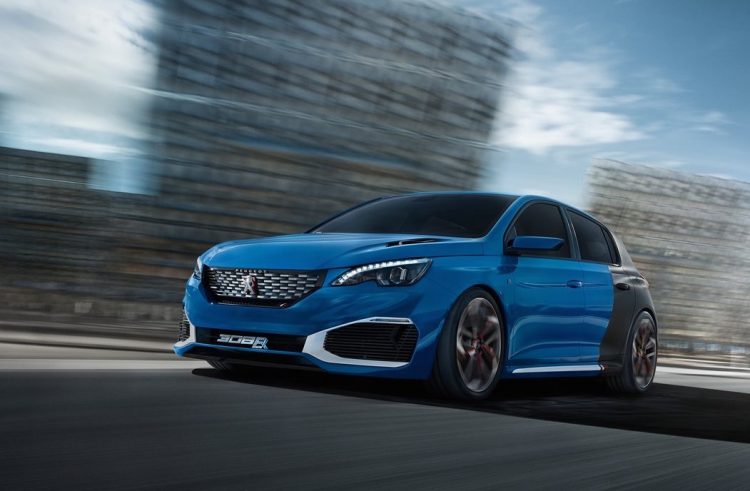 Autocar spoke with Peugeot MD Jean-Phillipe Imparato, who said he’d “love to launch something even faster” than the 308 GTi. When pressed about a model, he said; “There is space for something. I don’t have a solution but I am on it.”

With a combined output of 367kW of power and 730Nm of torque, the Peugeot 308 Hybrid R’s output, in concept form at least, far out-muscles the most potent hot hatches, such as the Ford Focus RS by 110kW for example.

The combination of the 200kW 1.6-litre turbocharged engine from the GTi 270 plus two electric motors driving the back wheels means 0-100km/h capability in 4.0 -seconds flat. This would be more in line with super sports cars than even the sharpest of hot hatches. Imparato added:

“We are very involved in competition sport, like Dakar, and we don’t want to lose this space with our cars. I don’t think we will develop an RCZ replacement. On each level of our range — 308, 208 — we will have something impressive in performance. Do we work on a new RCZ or on the fact that the next 308 will be a beast?”

The Peugeot 308 RC Z was the previous halo car of the range. It was an Audi TT-rivalling coupe with distinctive double bubble roof treatment. It was on sale between 2010 and 2015.