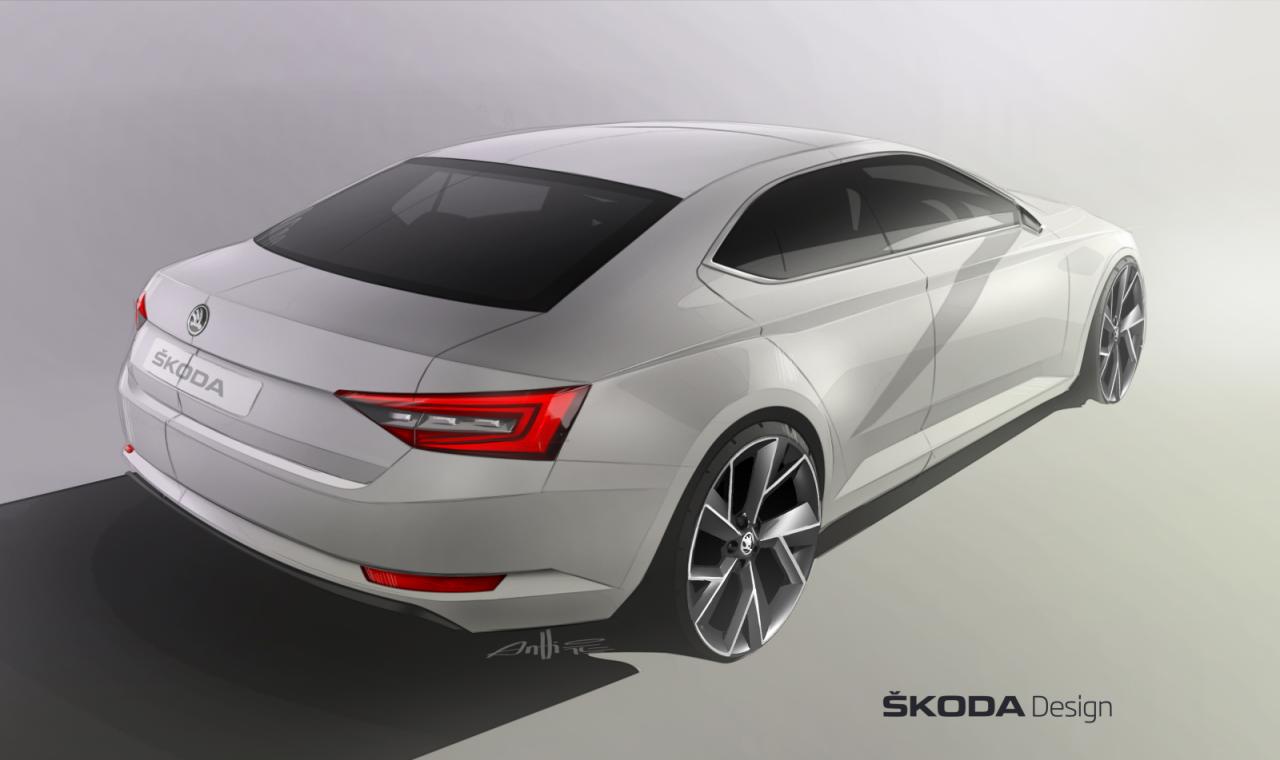 Skoda has released another teaser of the all-new Superb sedan, this time giving us all a decent look at the shape of the rear and some of the main body structure. 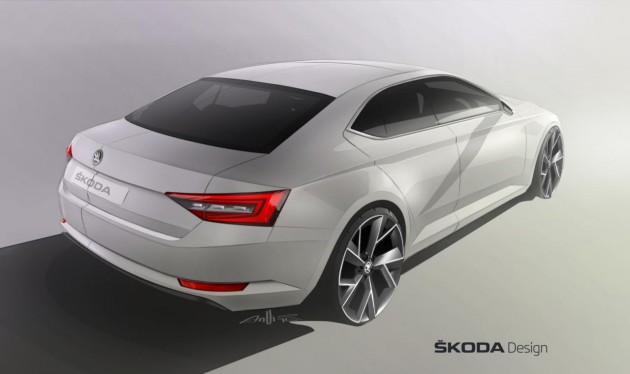 This is now the third preview the Volkswagen-owned company has released in the lead up to its unveiling in the next couple of months. As you can see, the new flagship sedan will showcase quite a sharp-looking body, with a high waistline and raked C-pillars.

The new model is expected to be inspired by the VisionC concept in terms of design, which features an elegant four-door coupe layout and a low roofline. For the Superb, Skoda says,

“The new Skoda flagship has striking, expressive shapes from the ‘Skoda VisionC’ show car with new, dynamic proportions. From the front to the rear, from the large wheels to the gently rearward sloping roof line, the new Superb captivates with clear geometry, strikingly contoured surfaces, sculptural shapes, purist precision and elegant lines as if made from one piece.”

No specific details have been revealed on the new model at this stage. It is expected to be one of the most advanced cars in the mid-class large sedan segment though, bringing together plenty of VW Group’s latest and greatest technologies including radar cruise control and a comprehensive in-car media system.

Powertrain packages are set to be borrowed from the recently updated VW Passat range, including turbo-petrol and turbo-diesel engines, potentially including the company’s new 2.0-litre TDI that produces up to 177kW. A hybrid version may also be carried across, comprising of a TSI petrol motor and electric propulsion with an overall output of 157kW.

Overall dimensions are expected to grow by around 20mm in length and 50mm in width for more cabin space, with an updated MQB platform bringing weight down by around 75kg. Skoda anticipates the new model to bring new customers to the Skoda brand.

All will be revealed at a special event in Prague in the middle of February, before a proper public debut at the 2015 Geneva Motor Show in March. Market introduction will take place in mid-2015.