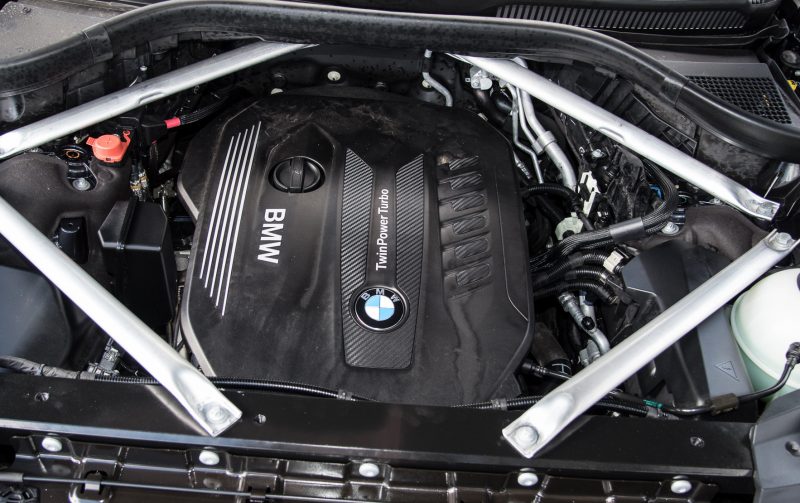 BMW has announced a range of powertrain updates which will roll out from July this year, with 37 model lines set to receive efficiency and performance improvements thanks to the introduction of 48V mild-hybrid technology. These will add to the 14 existing mild-hybrid packages currently available.

Mild-hybrid setups are becoming more and more popular in new vehicles, particularly from European brands. BMW’s system consists of a 48-volt starter-generator which is connected to a separate battery that can store electricity generated during braking. This energy is then available to provide an extra 8kW in drive power, while also supporting the vehicle’s electronic functions.

Perhaps the widest-spread update is for the ‘30d’ engine, which is available in these model lines; the 7 Series, X3 and X4, X5 and X6, and the SUV range-topping X7. In its current form the 30d, consisting of a 3.0-litre single-turbo-diesel inline-six featuring TwinPower technology (variable geometry turbine), produces 195kW and 620Nm. Aside from the implementation of the mild-hybrid tech, BMW has applied a new multi-stage turbo system to the 30d for the first time. Variable turbine geometry continues for the low-pressure stage of the system. A new common rail direct injection system is also installed with piezo injectors that can run at up to 2700 bar.

Thanks to these revisions the power output is lifted to an impressive 210kW. The torque figure is also lifted to 650Nm and is spread between 1500-2500rpm, instead of 620Nm between 2000-2500rpm in the outgoing unit. All of this means the performance is improved. For example, BMW says the updated 730d now accelerates from 0-100km/h in a claimed 5.9 seconds, down from 6.1 seconds. Other 30d model lines are expected to offer a similar 0.2-second reduction in sprint times. Aside from the increase in power, the new setup helps to reduce emissions and improve fuel economy. As an example, the X5 xDrive30d now offers a consumption average between 5.7-6.2L/100km and emissions average of 150-164g/km. These figures are reduced from the outgoing 6.0-6.7L/100km and 158-175g/km ratings. Lastly, BMW is also applying a range of other updates and tweaks to various models from mid-2020. Some of the changes include the introduction of advanced Active Navigation Guidance and Emergency Lane Assistant as part of the optional Driving Assistant Professional pack on the 3 Series, while numerous models also welcome the availability of both Android Auto and Apple CarPlay (finally).

PerformanceDrive has reached out to BMW Australia regarding any local details and timing, but for now BMW global says the updates will be available from the start of production in July and August. We will update this story with any local info. UPDATE: BMW Australia said the mild-hybrid units are not coming to Australia “at this stage”.