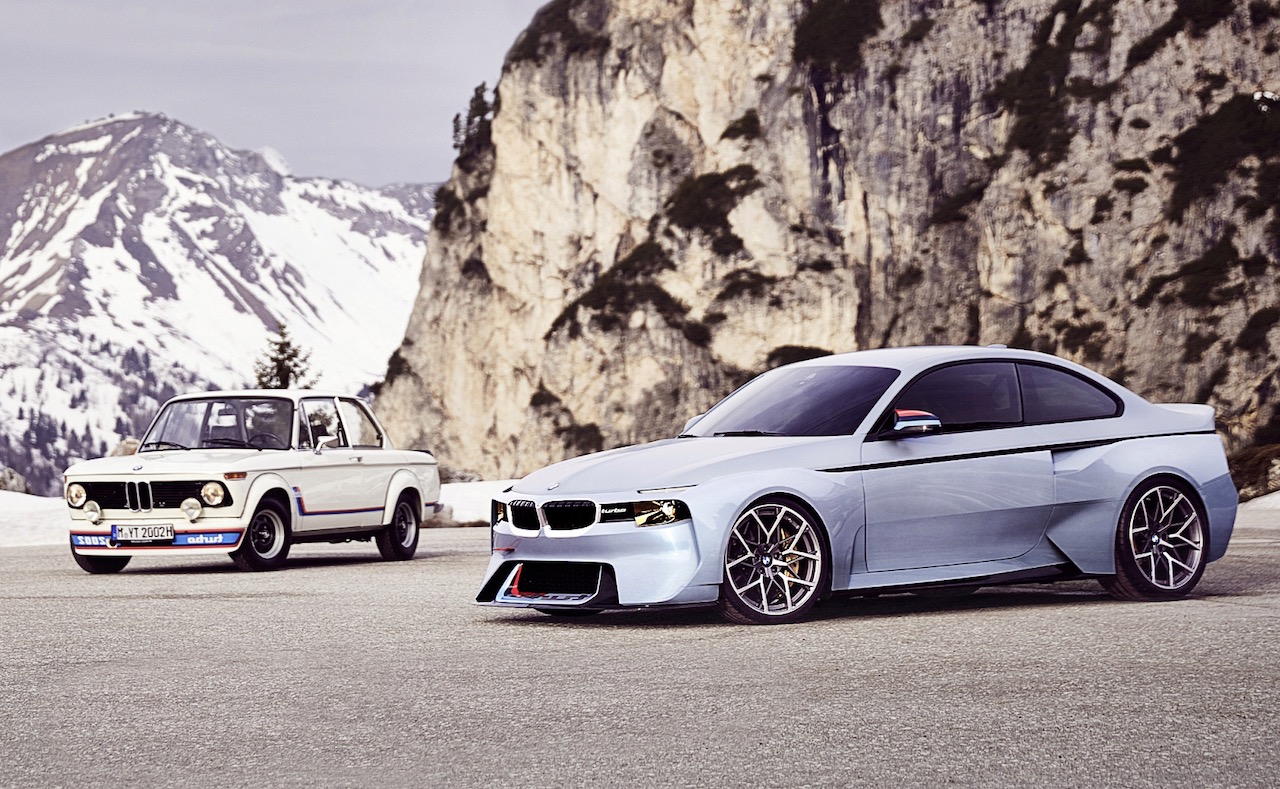 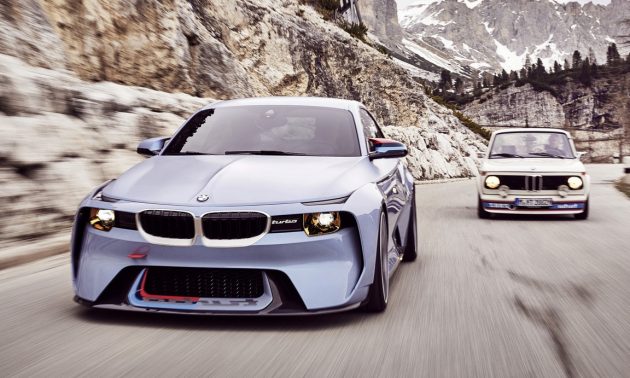 The 2002 Hommage concept was unveiled at the Concorso d’Eleganza Villa d’Este, and it’s a futuristic look to the past, celebrating Europe’s first turbocharged series-produced vehicle.

BMW has made no comments on powertrain details, but expect a turbocharged configuration, paying tribute to the BMW 2002 Turbo. Perhaps it features the renowned 3.0-litre inline six turbo? BMW describes the concept, saying:

“Now, as in the heyday of the BMW 2002, design excellence and turbo technology bring unsurpassed levels of fun to twisty race tracks, country roads and mountain passes alike. The BMW Motorsport livery of the front apron and its “turbo” lettering in mirror writing casts the mind back to the original decals of the 2002 turbo, as does the exterior mirror cap on the driver’s side.” 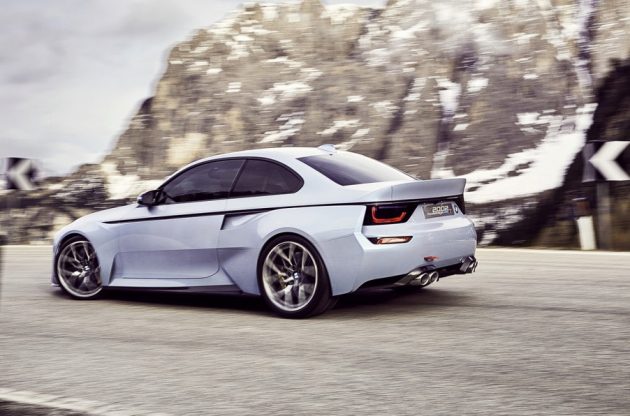 The original 2002 Turbo was first launched at the 1973 Frankfurt Auto Show, and was the Bavarian manufacturer’s first turbocharged vehicle, producing 127kW and 240Nm. Its release coincided with the 1973 oil crisis, therefore returning lackluster sales, with just 1672 units shipped.

There are no official plans to put the concept into production any time soon. We hope that changes though, as this is one retro throwback that deserves another chance.