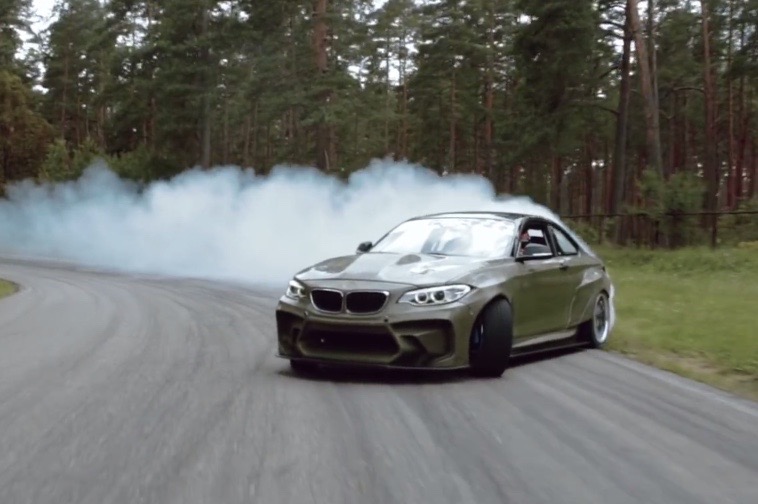 There’s a large portion of the car modifying community who believe everything can be improved by the fitment of a small-block Chevy V8, most commonly in modern, all-alloy LS guise. 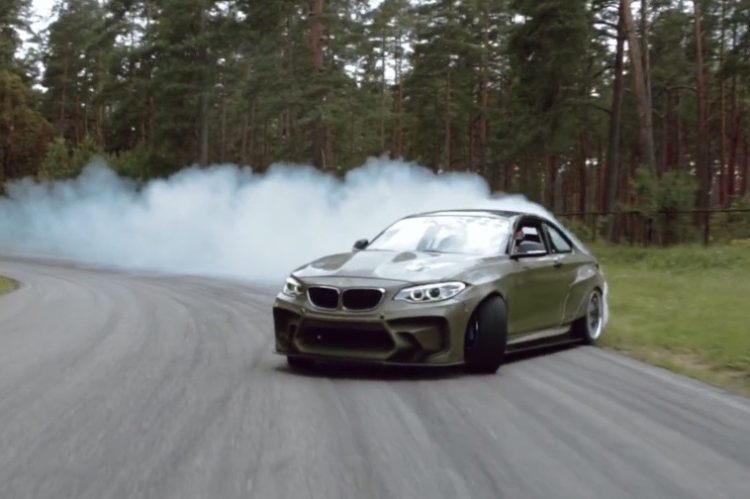 Lauded for its simplicity, reliability and tuneability, the LS has a massive support network and has seen duty in an eye-widening array of cars. It’s even the engine of choice in our Volvo 240 GL project car.

Some believe that for luxury car applications, the pushrod engine is a bit uncouth and low-tech. Particularly European cars, which normally come with quad-cam, variable valve timing, high-tech V8s.

Well, Latvian tuners HGK don’t really care for that opinion, having stuffed a highly-tuned LS V8 with a blower and a tunnel ram manifold into a current shape F22 BMW 2 Series, to create a drifting banshee. It is hooked up to a five-speed sequential gearbox and a heavy duty Winters differential to handle around 820hp of American grunt.

Visually, the new powerplant is telegraphed by a massive bonnet bulge and rear hip/wheelarch pumping courtesy of a Rocket Bunny kit.

The car is currently doing the rounds in Qatar in the Middle East, showing off its twisted, Frankencar brutality in a sideways manner. A video has been put together to showcase the car. Take a look below.