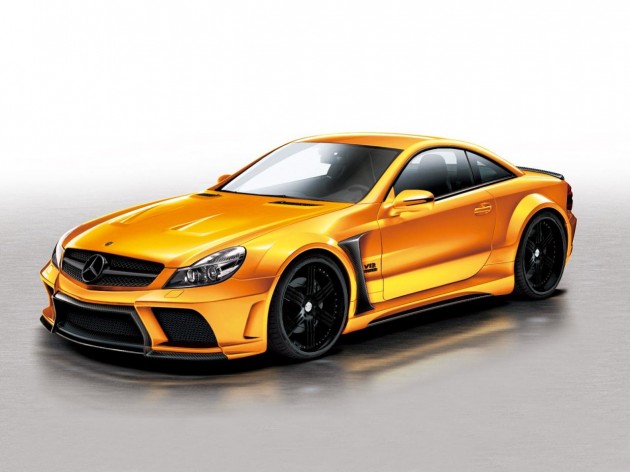 In standard form, the SL-Class doesn’t feature such a wide body, only on the SL 65 AMG Black Series. Veilside has come up with this ‘Black Fortune’ kit conversion that can be adapted to any current model SL to give it a similar dose of toughness as the AMG.

It features huge pumped wheel arches, just the Black Series, a low chin and big air intakes in the front end, as well as chunky and aggressive front and rear bumper bars. Veilside goes a little further by adding a number of exposed carbon fibre trimmings for contrast.

The entire kit is made from carbon fibre too, reducing the big Mercedes-Benz SL’s weight. Overall it does give the SL a weapon-like presence, especially looking at those huge side vents behind the front wheels, which look like scramjet exhaust vents.

As for under-bonnet performance, Veilside hasn’t mentioned any tweaks it plans to make. We’re sure the company could offer something though as it has been responsible for some pretty wicked high-powered projects in the past.

The company says it is only planning to produce 300 of the Veilside Mercedes-Benz SL-Class Black Fortune kits, each with a price tag of around $37,000.