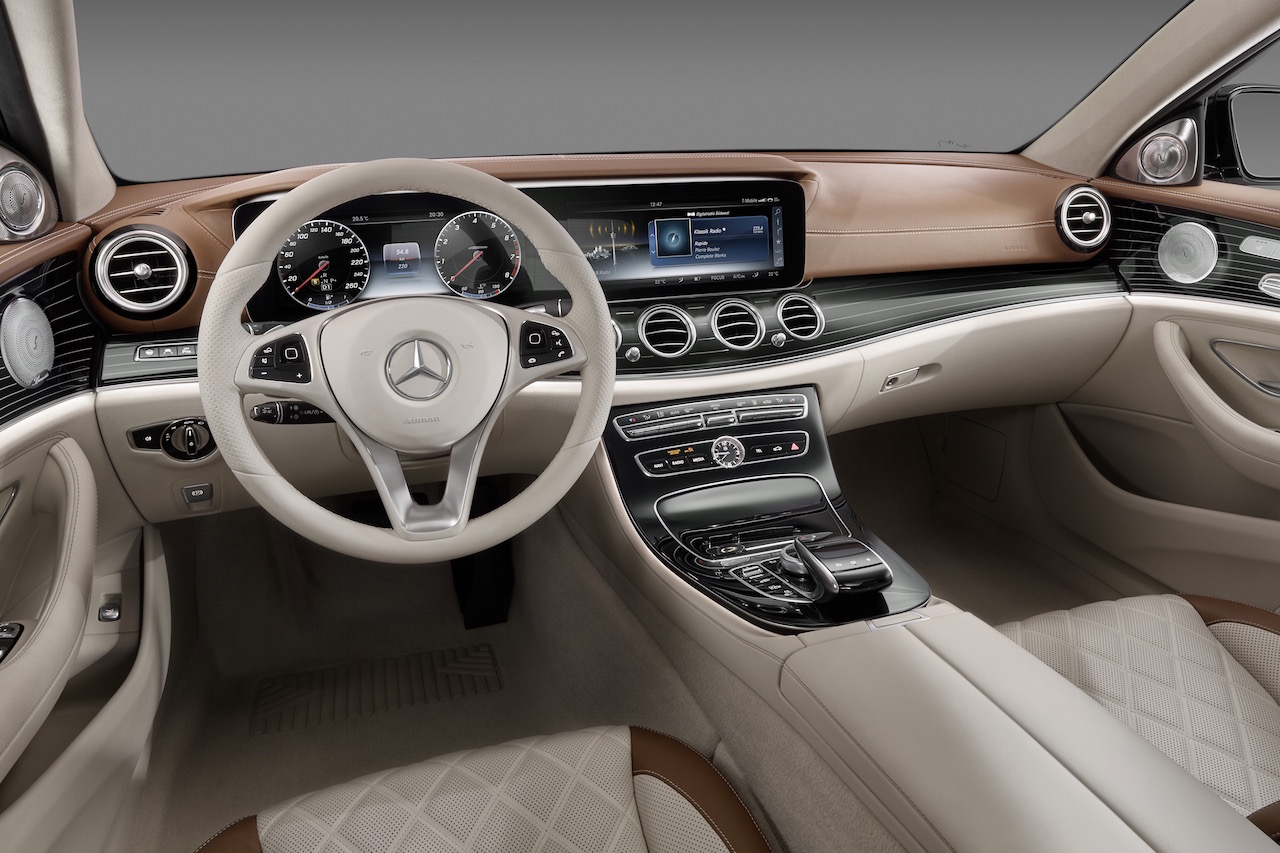 Mercedes-Benz has unveiled the interior of the highly-anticipated W213, 2016 E-Class ahead of its Detroit show debut next month. 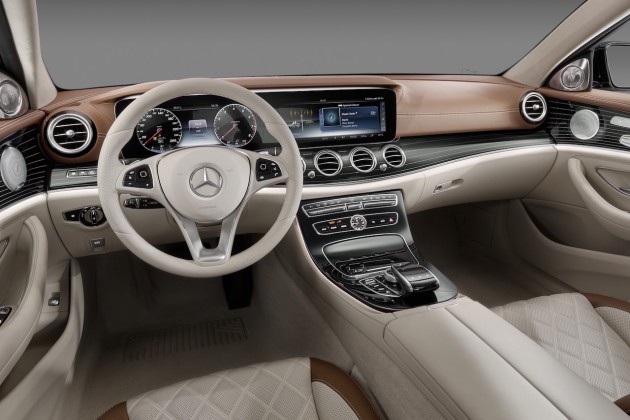 As previously reported, the all-new E-Class will be one of the most advanced vehicles on the market when it arrives next year, and certainly the most advanced in the class. Just taking a look at the dash gives away some hints.

The instrument cluster and upper fascia is blended in to look like one enormously wide LCD panel. It’s actually two 12.3-inch displays side-by-side. The one in the middle can be controlled by unique touch-sensitive buttons on the steering wheel, allowing the driver to make full use of the infotainment system without taking hands off the wheel.

For the driver display the dials and central area can be customised in Classic, Sport, and Progressive modes, while the other screen can be personalised. There’s also options to change the backlight at night with different ambient lighting features and colours.

Aside from the clever screens, Mercedes has also heavily revised the design and decor inside. The company says the design is biased towards a sense of space, while offering the elegance of luxury and the sportiness inspired by the latest C-Class. 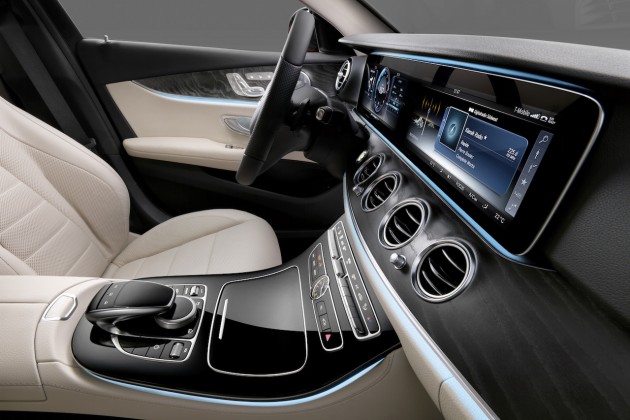 As for technology, the company has confirmed the 2016 E-Class will be offered with an advanced Driving Assistance package with Active Lane Change Assist and Drive Pilot with semi-autonomous capability.

When the Active Lane Change is activated, the on-board computer inputs steering automatically to change lanes when there is a safe gap, as speeds between 80km/h to 180km/h.

More info on the new model will be revealed at the big unveiling next month, unless little snippets are trickled out just beforehand. We’ll keep you updated in either case.