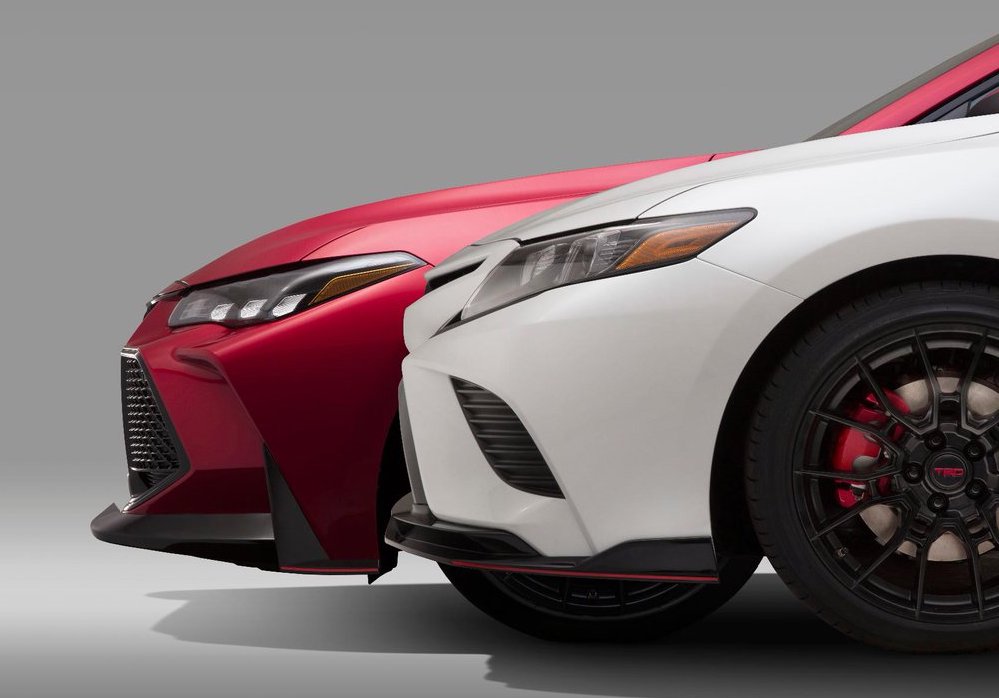 Toyota is preparing a TRD version of the new Camry in the US, with an official debut confirmed for the Los Angeles Auto Show later this month. There’s also a TRD Avalon on the way. 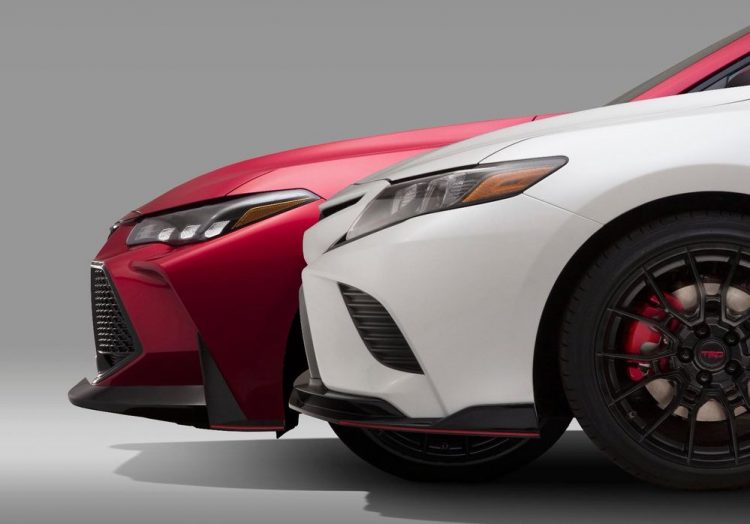 Toyota Australia doesn’t offer bespoke TRD models any more. It used to though, with the supercharged V6 HiLux TRD and Aurion TRD, about 10 years ago. You could also get a TRD enhancement pack for the HiLux last year. In the US, however, the TRD brand is quite big, and buyers can purchase a number of unique models that come with TRD mods.

Often only available with the Toyota trucks (large utes), Toyota Racing Development is about to dive into the mainstream sedan segment. In a recent post on Twitter, Toyota USA said: “Move over trucks – our TRD family is growing”. This is accompanied by the teaser image above.

The image appears to show the noses of the Avalon in the background (not sold in Australia) and the new Camry in the foreground. Looking at the white Camry TRD, it looks fairly serious, with red-painted brakes and mesh-style black alloy wheels, with a special front spoiler highlighted in red.

No specific details have been confirmed at this stage. However, we think there is plenty of potential here. The latest Camry is available with a 3.5-litre V6 petrol engine that produces an impressive 224kW. We’d imagine this engine could be enhanced via a sports exhaust and intake setup, potentially providing a touch more power.

Even if no changes are made under the bonnet, the V6 Camry already goes pretty hard. So with a TRD sports suspension package, lowered ride height, and some tweaked brakes, this could help to shake any of the boring connotations often associated with the nameplate.

Some enhancements are also likely for the interior, with sports seats and TRD branding, TRD floor mats, and TRD gauges expected. Some of the dash and console trimmings might also be revised for the TRD models. We’ll have to wait and see.

All will be revealed on November 26 at the opening of the LA auto show. Stay tuned.