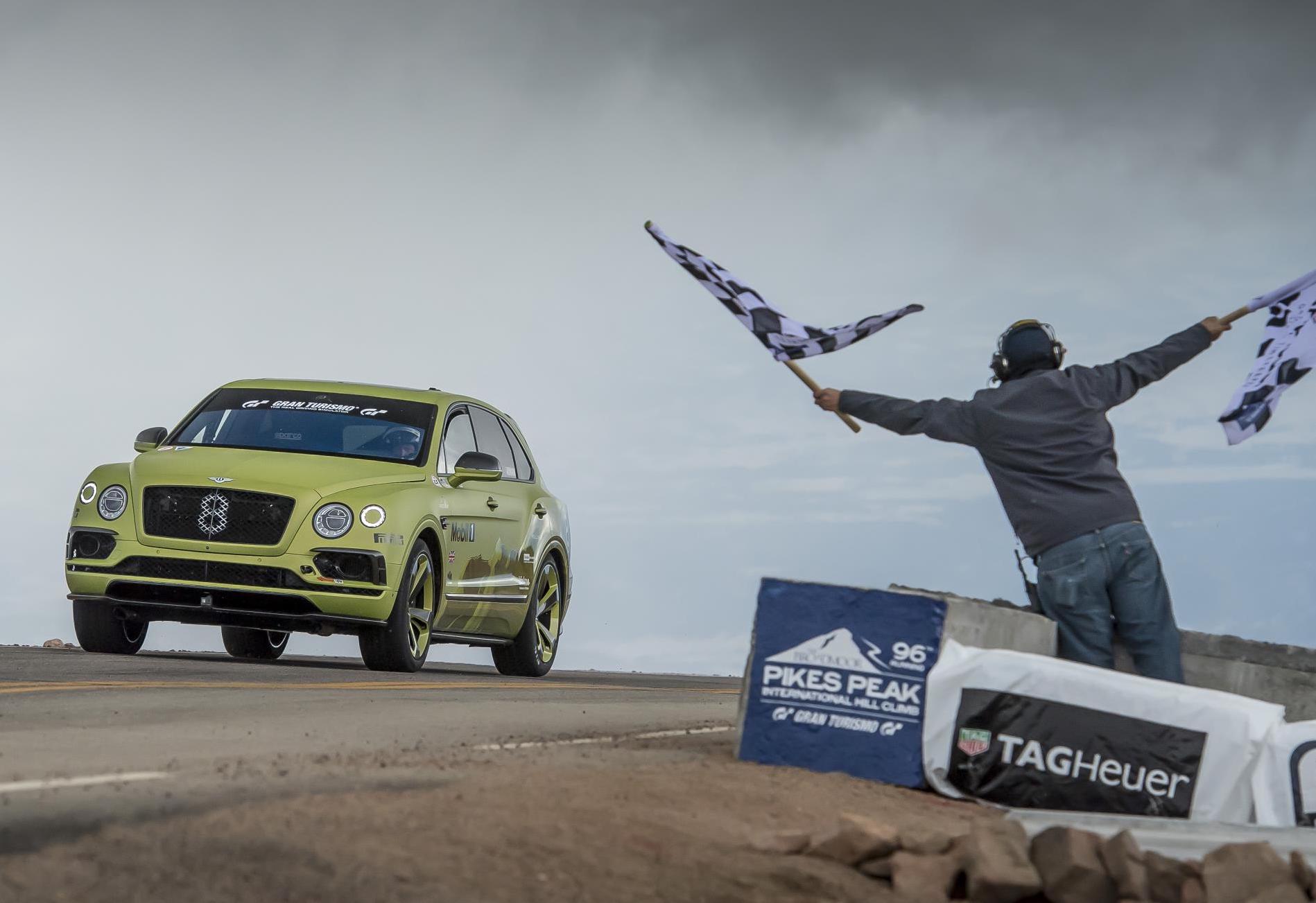 Bentley has done it. Broken a new course record for a production SUV in its Bentayga at this year’s Pike Peak International Hill Climb, clocking the climb in just 10:49.9. 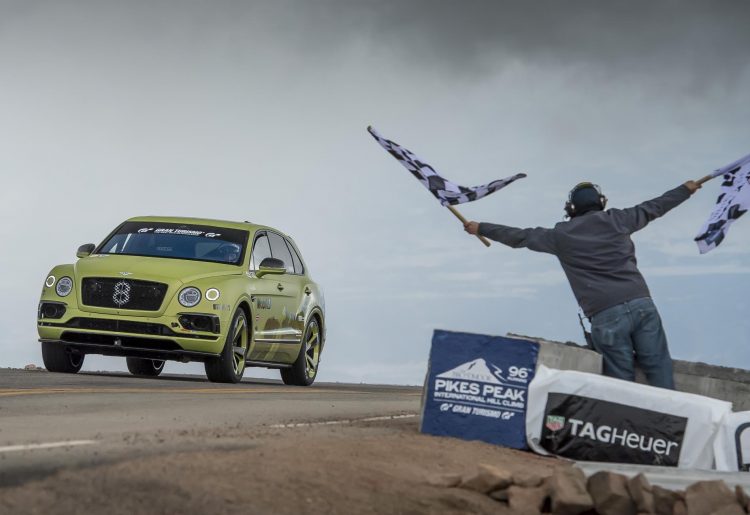 Racing driver Rhys Millen took a lightly modified Bentayga up the famous climb in Colorado over the weekend, relying on the factory 6.0-litre twin-turbo W12 engine that produces 447kW and 900Nm to reset the record. As reported last week, the SUV retains the standard air suspension system to help manage the platform during the sprint.

Very few modifications were made to the luxury SUV, with mainly revisions for safety purposes and to adhere to race rules. Inside, a roll cage is installed to protect Millen, along with a fire extinguisher system, and a racing bucket seat with harness seat belts.

The SUV did run some of the factory options, such as the Bentley Sports Exhaust by Akrapovic and Touring Specification, along with the Mulliner Design Colour Split package for the interior with Key Lime and Beluga leather. There’s also an Alcantara steering wheel. Speaking about the run, Rhys Millen said:

“What an incredible machine. To take a luxury SUV with minimal modifications and be able to drive up this course in under 11 minutes is a huge testament to the performance and level of engineering in the Bentayga. I had a great run – the car was planted all the way up and gave me the confidence I needed to push hard.” 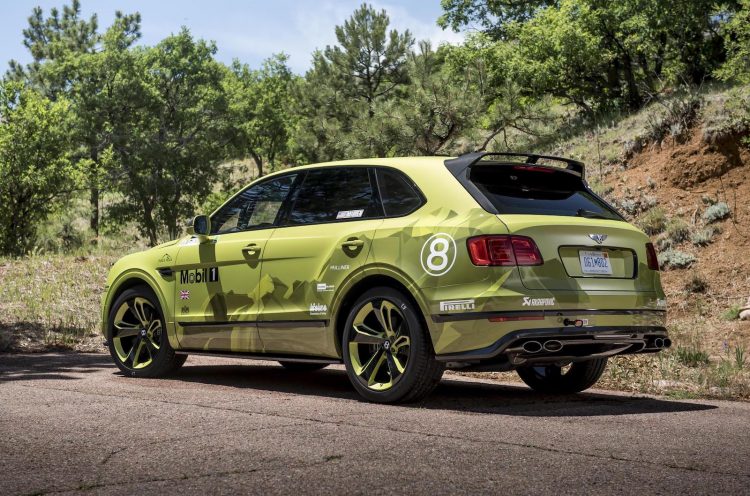 The 19.99km run bettered the previous record by almost two minutes, averaging a speed of 107km/h (66.5mph). Bentley’s member of the board for sales & marketing, Chris Craft, said:

“This record proves the outstanding dynamic ability of the Bentayga – demonstrating again how Bentley Motors is the only automotive company in the world that can combine pinnacle luxury and breathtaking performance. Congratulations to all at Bentley Motorsport and to Rhys Millen and his team.”