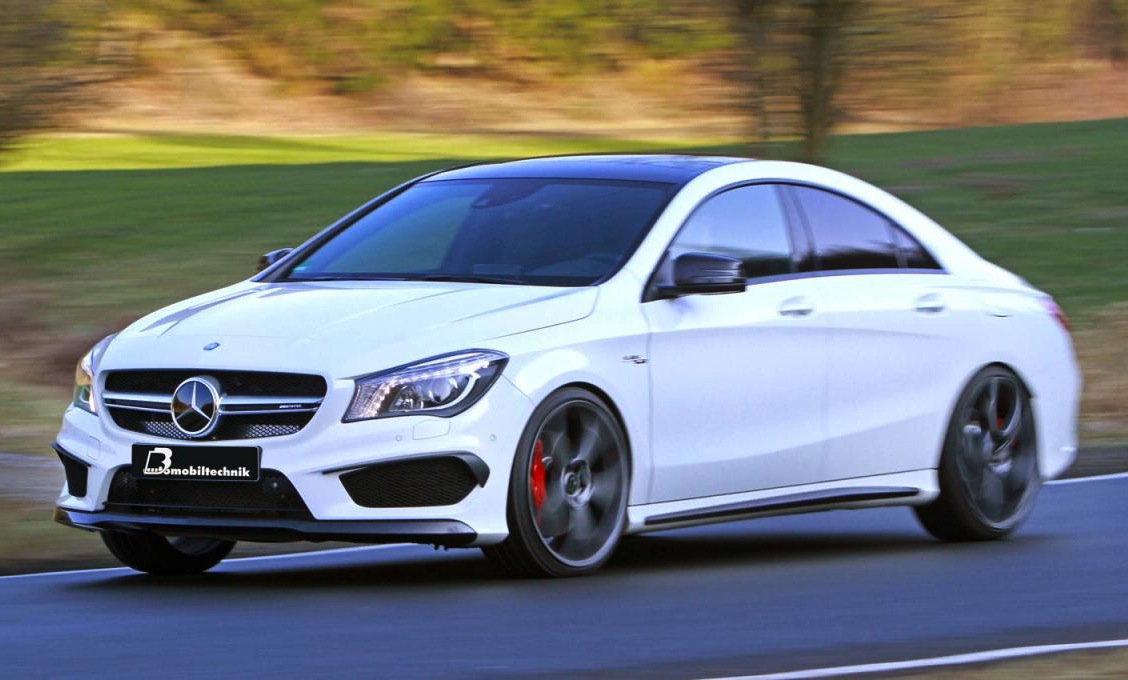 The Mercedes-Benz CLA 45 AMG already comes with a record-breaking 2.0-litre turbo engine, but if you want more B&B Automobiltechnik has the answer. 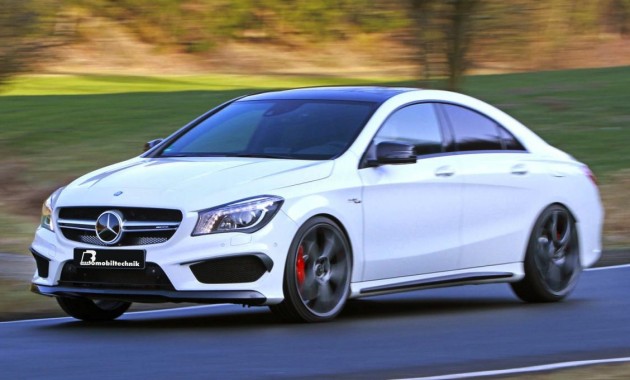 Under the bonnet the CLA 45 AMG comes with a 2.0-litre turbo four-cylinder engine producing a whopping 265kW of power and 450Nm of torque, from factory. It is the highest output 2.0-litre engine to ever hit mainstream production.

B&B has come up with three different stages for tuning the mighty unit. Starting with stage one, it consists of a retuned engine computer that reconfigures the fuel, ignition and turbo boost pressure settings to push output up to 294kW and 510Nm.

If that’s not enough, the stage two kit sees the same mods as stage one only there’s also a new air intake system added in with a B&B exhaust down pipe for reduced back pressure. The engine computer is tuned to cater for these changes, and provides 312kW and 540Nm.

Finally, if you really want to rip the wheels off with every accelerator prod, the stage three kit is for you. It comprises of a bespoke turbocharger unit, an even further enhanced air intake system, and a fully tuned engine computer. All of this results in 331kW and a V8-like 580Nm. The tuning firm says the 0-100km/h time has been slashed down to 3.6 seconds with the upgrade (down from the factory 4.6 seconds).

Aside from the substantial performance enhancements, B&B also offers high-performance six-piston brakes, as well as unique 20-inch alloy wheels wrapped in 235/30 tyres for extra grip. Lowered sports suspension can also be optioned, capable of bringing the ride height down 30mm at the front and 25mm at the rear.

Although the company hasn’t said it specifically, we’re sure most of these parts could be adapted to the little A 45 AMG and GLA 45 AMG models that feature the same powertrain.