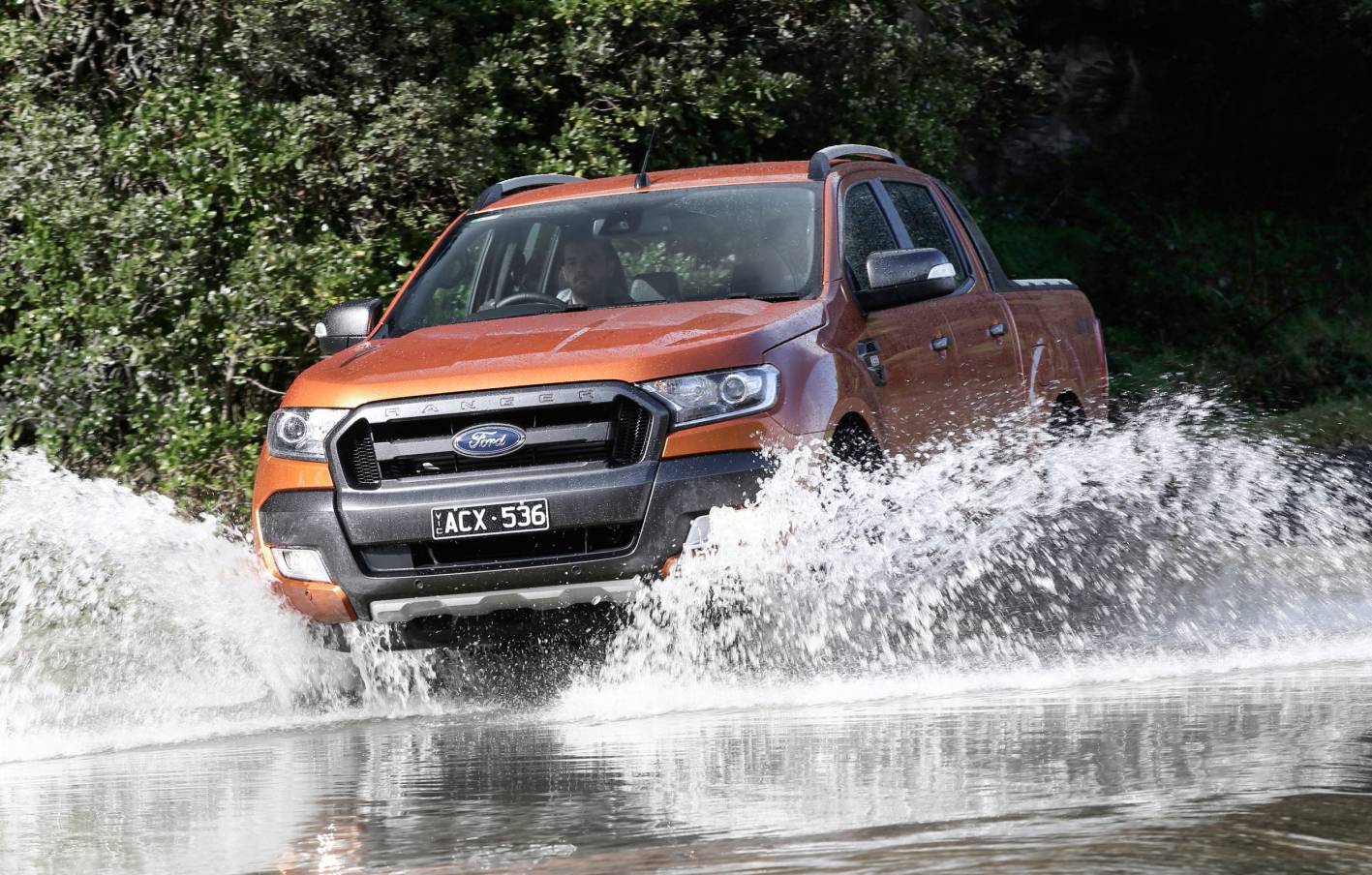 VFACTS has released the national vehicle sales figures for Australia for September 2015, and we see a couple of popular favourites being bumped from top spot. 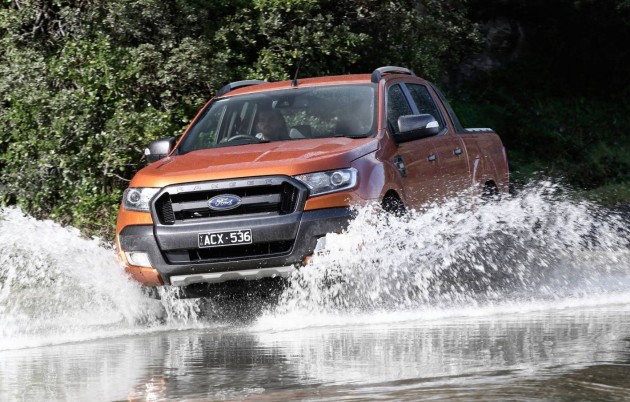 No longer is the Mazda3 or Toyota Corolla the overall best-selling vehicle, for the month, and, arguably inevitable, the Toyota HiLux is no longer the most popular ute. Yep, during September the Hyundai i30 outsold both of the otherwise most popular hatches from Japan, while the Ford Ranger was the king of all ute segments and combined.

Before we get into the specific details, let’s see if the changes above have made any impact on the overall most popular car brands for the month. It seems Mazda is back into second place, and Holden has moved above Hyundai for third, just. Nissan has also moved up from eighth to seventh. The top 10 brands for September 2015 and their respective sales figures were as follows:

Back to the best-selling vehicle model overall, the Hyundai i30 easily outsold the common front-runners by almost one thousand sales. Further down the top five, the Toyota Camry bursts into number four spot, overtaking the Holden Commodore and the Ford Ranger from the previous month. The top five models in terms of outright sales for September 2015 were as follows:

In the Medium Cars under $60,000 segment, it is of course the Toyota Camry that holds and stretches its lead. This increase in sales is likely due to the new model being launched earlier this year. Following the Camry is the Mazda6 which reported 436 sales, and then the Ford Mondeo with 377 sales. 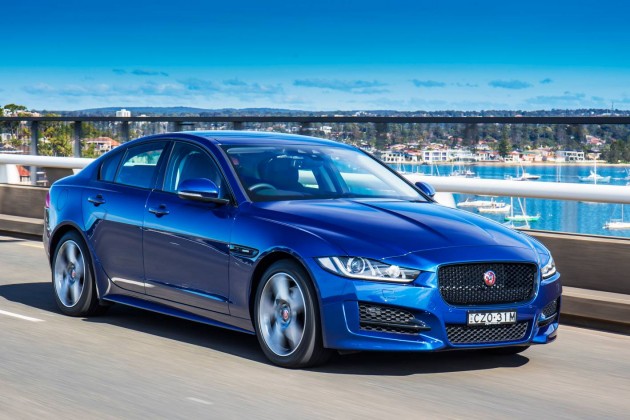 Moving up to the more demanding Medium Cars over $60,000 class, Mercedes-Benz dominated in September. The German brand took home first and second prize with the C-Class and the sporty CLA-Class, respectively. Further down, it seems the new Jaguar XE is off to a great start, bumping the Audi A4 out of the top five. The top five in this segment were as follows:

As for the Aussie-made sedans in the Large Cars under $70,000 category, sales are still unfortunately dwindling for all brands. However, Holden is the only one that is continuing to post consistently decent figures. The Commodore went out to 2348 buyers, followed by 562 sales of the Ford Falcon, and then just 276 sales of the Toyota Aurion.

Into the more expensive and more prestige Large Cars over $70,000 segment, the Maserati Ghibli looks to be holding some impressive figures for a niche car make and model. However, the Mercedes-Benz E-Class showed them all how it’s done for the month, outselling its arch rival, the BMW 5 Series. The top five in this segment were as follows:

In the fun-l0ving Sports Car under $80,000 class, strangely, the Hyundai Veloster is nowhere to be seen in the top five. It topped the class in August, but only reported 42 sales in September. This left the gate open for the Toyota 86 to take back the crown. It only just fended off the BMW 2 Series though. The initial hype of the MX-5 launch has cooled slightly, although it still posted respectable figures. Interestingly, the Holden Astra Sport jumped into third spot. The top five models in the category were as follows:

Up into the classier Sport Cars over $80,000 market segment, the C-Class Coupe lost the lead to the BMW 4 Series. Meanwhile, further down, the Lexus RC coupe has popped back into the top five, nudging out the Audi A5 in the process. The top five in this category were as follows:

As for the dreamy Sport Cars over $200,000 category, Porsche sold a whopping 55 examples of the iconic 911. This gave it a clear lead over the next-bests. Bentley moved into fourth position, while Ferrari is the only exotic Italian in the top five, including outselling its lesser brand, Maserati. The top five in the category during September 2015 were as follows: 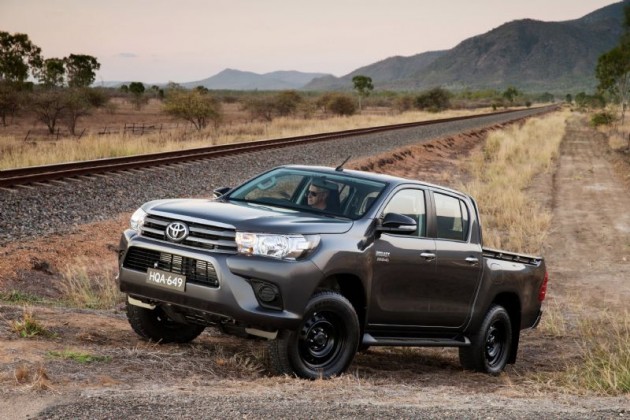 It seems the king might be dead in the tradies segments, as more and more companies bring out highly competitive propositions to rival the tough utes. Yep, the Toyota HiLux is no longer the favourite. We probably shouldn’t set it in stone just yet though as the new HiLux was only launched about a week ago.

In the 4×4 ute class, the Ford Ranger topped them all with an impressive 2038 sales, followed by the HiLux with 1783 units, and then the Mitsubishi Triton with 1636 sales. It’s certainly getting very close between the favourites.

For Combined 4×2 and 4×4 ute figures, the Ford Ranger out-shone them all as well. The Mitsubishi Triton keeps the second place position from the previous month, while the rest of the top ten retain their positions. It will be interesting to see how the figures shape up in the next couple of months as new HiLux deliveries begin. The top ten 4×2 and 4×4 combined figures for September 2015 were as follows: 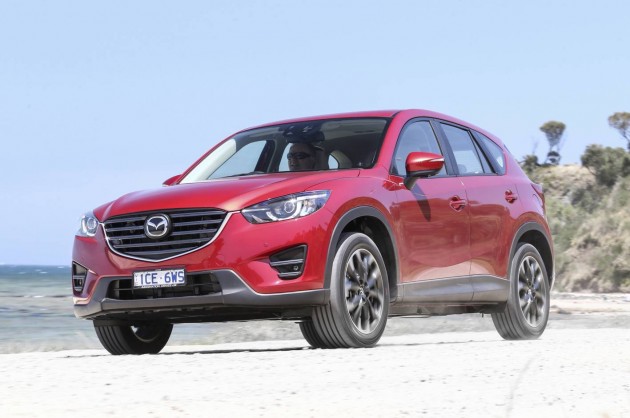 Where everyone wants to be these days, the SUV segments. They are still showing huge popularity. In the smaller segments we see the Hyundai ix35 is starting to drop off, which makes sense as it is now out of production and is replaced by the larger Tucson.

In the bigger sizes, the Mazda CX-5 posted massive sales, while both the Audi Q3 and Q5 stepped up and dominated their classes. Not to be left behind, the new-ish Land Rover Discovery Sport jumped into second place in its segment.

The larger categories saw some interesting changes in the top three as well, with the Toyota Prado reporting big numbers (potentially thanks to the new model being launched), while the rest of the classes remained mostly unchanged. In all SUV segments the top three most popular models during September 2015 were as follows:

Total new vehicle sales in Australia in September were up on August figures. During September, Australian consumers bought 101,392 vehicles, compared with 90,705 in August. Sales were up 6.8 per cent compared with September 2014, and year-to-date figures are up 3.6 per cent.

In terms of what fuel type buyers went for in September, petrol is still quite obviously the fuel of choice. The gap seems to be spreading further apart between petrol and hybrid too, despite an increase in overall vehicle sales compared with the previous month. The figures for private buyers in terms of vehicle fuel type were as follows (passenger, SUV, and light commercial combined):