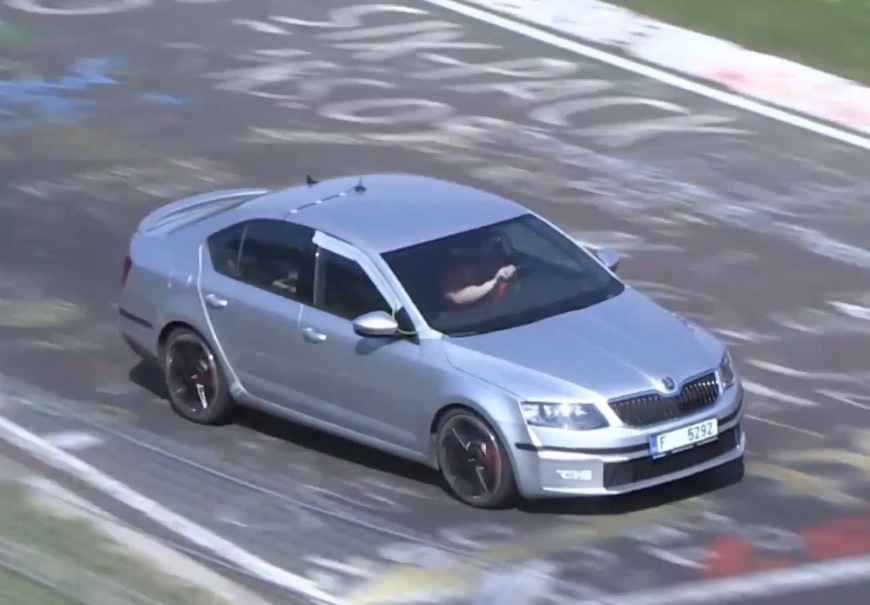 Skoda has been spotted testing a prototype version of the 2014 Skoda Octavia RS on the Nurburgring in Germany. The sports sedan is set to debut at this year’s Goodwood Festival of Speed in the UK. 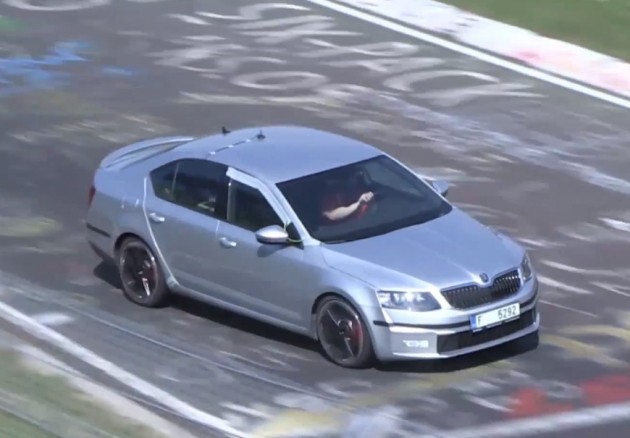 Official specifications are yet to be confirmed, however, reports suggest the new model will come with a 2.0-litre turbocharged four-cylinder engine, similar to the one seen in the new Volkswagen Golf GTI. It’s set to produce around 162kW-169kW of power and 350Nm of torque.

As you can see in the video below, the prototype is pretty much camouflage-free, showcasing a rear spoiler, an aggressive new front bumper bar with a black grille, and a set of matching black alloy wheels. Some red-painted performance brake calipers are also seen shining through the wheels.

Like the outgoing range of Skoda ‘RS’ models, the 2014 Octavia RS is expected to come with a sporty interior, including bolstered bucket seats, RS detailing on the instrument cluster and sill plates, a sports steering wheel, and bespoke RS pedals.

The new model will go on sale in international markets during the third quarter of this year. Australian dates and pricing are yet to be announced.

Click play below for a glimpse. It looks pretty fast, gathering speed quickly on the straights.