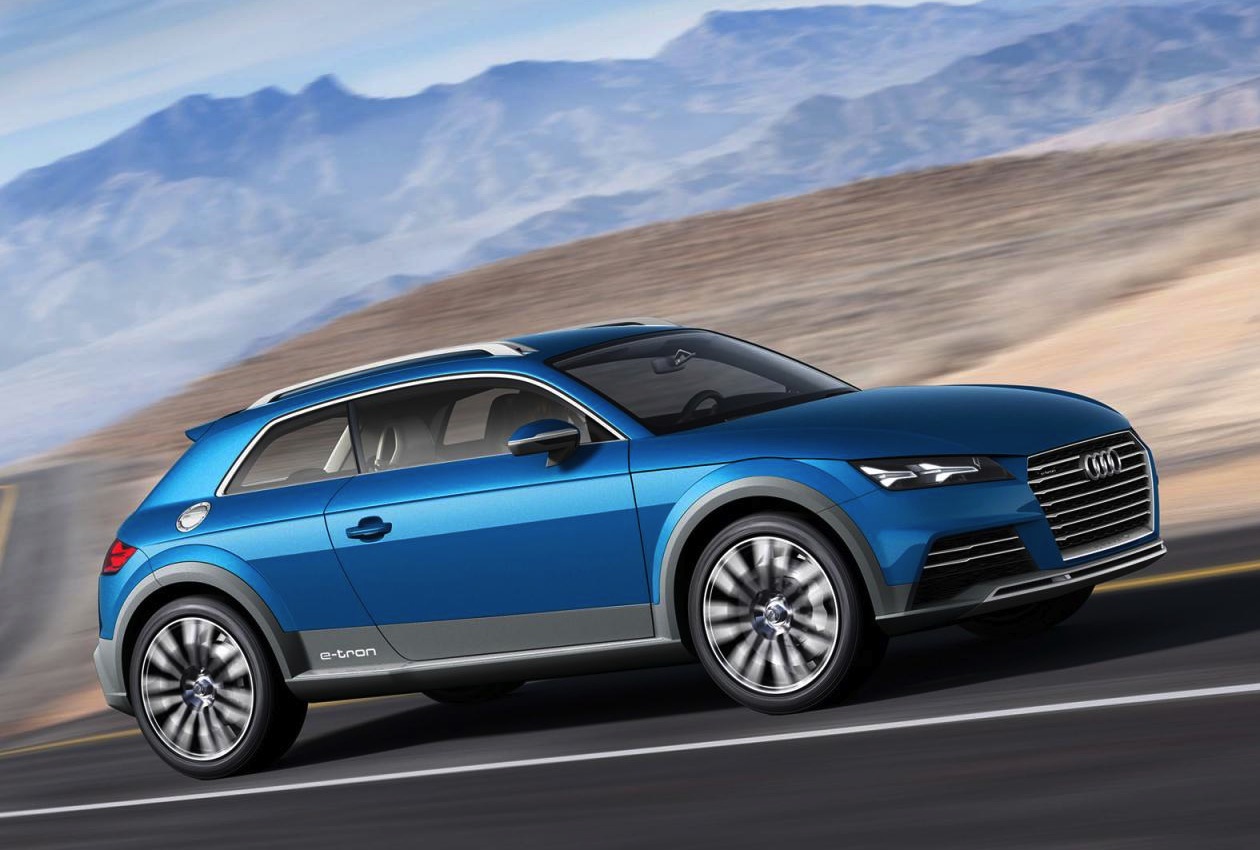 Preview sketches of Audi’s new Allroad Shooting Brake concept have been leaked online ahead of its North American Auto Show debut, giving us all some insight into a possible production car of the future. 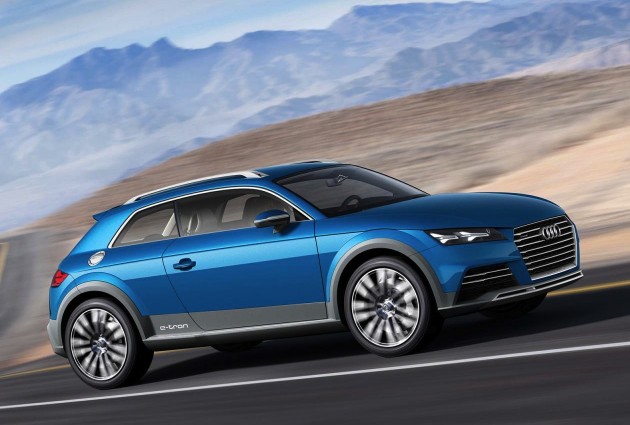 The concept is believed to be a precursor to a new A1 super compact SUV, however, taking a look at these images it appears to be more of a jumped up sporty hatch than an ultra-compact SUV ready to sit beneath the Q3.

One thing that can be confirmed is the modern style; it looks rather sharp and and suave with a certain off-road readiness about it.

From the front there’s Audi’s latest slimline headlights, a huge grille with horizontal slats, and a neat little spoiler system. Down the sides is where you can start to see the ‘SUV’ character, with grey plastic wheel arch moulds and a side skirts. 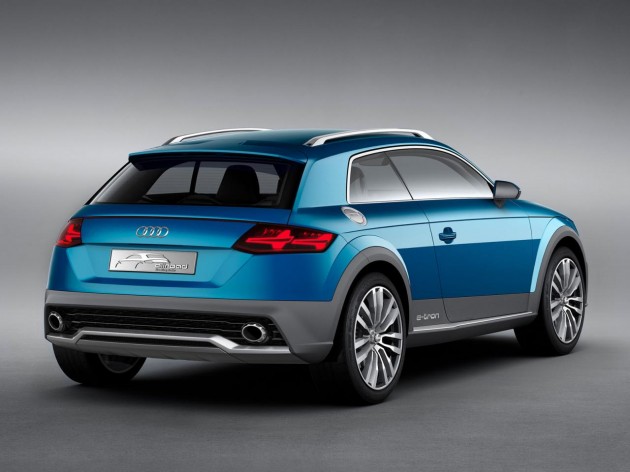 Around at the back the Allroad Shooting Brake uses an integrated diffuser setup with twin exhausts, a small windscreen for a chop-top look, and a set of bulbous taillights that blend into the rear haunches.

As for the propulsion, details are still under tight wraps for the moment. Keen spotters will notice the ‘e-tron’ logos just in front of the rear wheels. These suggest it will come with an advanced electric-based powertrain of some kind.

All of the details will be announced at the Detroit show, starting January 13. Stay tuned for plenty of updates.

UPDATE: Audi has released details about the concept. It’s powered by a 2.0-litre turbocharged engine producing 215kW, paired with two electric motors that take output up to 300kW and 650Nm. Acceleration from 0-100km/h takes just 4.6 seconds, while a fuel economy average of just 1.9L/100km.