Toyota Australia is getting ready to launch the all-new 2021 Toyota Kluger, which will be the first seven-seat SUV from the company to feature a hybrid powertrain option in Australia. 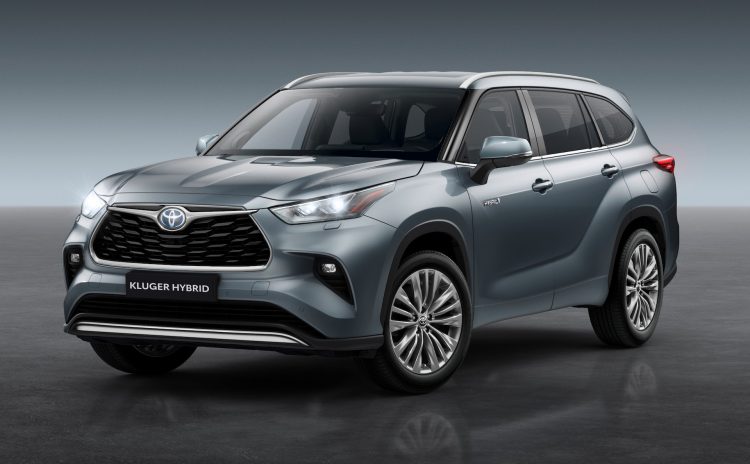 Revealed in April last year, the 2021 Kluger jumps onto the latest Toyota New Global Architecture (TNGA) for the first time. With this platform change we can expect a range of benefits, including improved driving dynamics, increased safety and technology, optimised cabin space, and a smoother and quieter ride over the outgoing model.

With the new platform comes a fresh new look for the exterior and interior as well. On the outside the 2021 Kluger adopts Toyota’s latest styling philosophy, with slender headlights and taillights, more aggressive pinches and chiselled contours, with thick wheel arches providing some attitude.

Toyota says the new body longer than the outgoing model too, helping to open up interior space. There’s now 456 litres of boot space available with all three rows of seats up (up from 195L), with 1150 litres with the third row folded down (up from 529L). Up front is an all-new dash with a fresh touch-screen measuring up to 12.3 inches, or 8.0 inches for the lower grades. 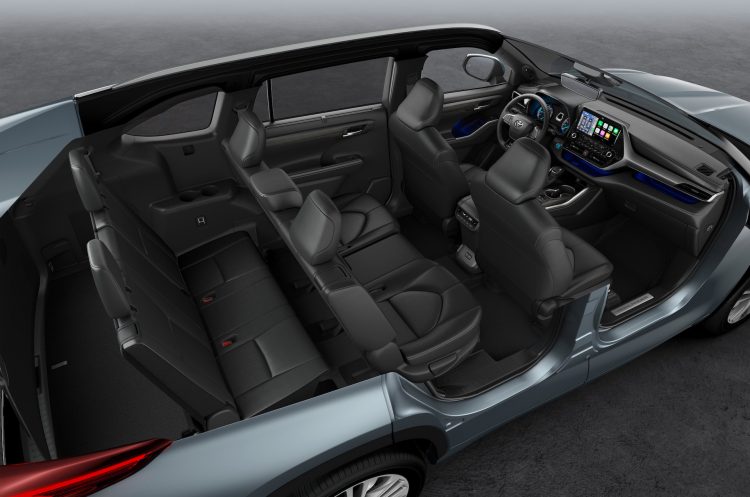 The biggest change though is the introduction of hybrid powertrain technology. Toyota Australia confirms local buyers will be offered both a 3.5-litre V6 petrol and a new 2.5-litre petrol hybrid. Final specs for Australia are yet to be confirmed but the local arm suggests a power output of 218kW for the V6 and 179kW for the hybrid. Final fuel economy figures for Australia are yet to be confirmed as well.

Buyers will be able to select from front-wheel drive and all-wheel drive when opting for the V6, while the hybrid uses an intelligent all-wheel drive system as standard. The battery system for the hybrid is located under the second row of seats, but there is an electric motor for the front and rear.

The 2021 Toyota Kluger will go on sale in Australia during the first half of next year. Prices and final trim level details will be announced closer to launch. Speaking about the new model, Toyota Australia’s Sean Hanley said:

“The all-new hybrid Kluger is the result of combining Toyota’s hybrid leadership with extensive experience in SUVs, along with an unrivalled reputation for quality, durability and reliability.”

According to April VFACTS figures Toyota Australia sold 3010 examples of the Kluger in the first four months of the year. That’s down 17.5 per cent on the same period in 2019. Considering the ongoing coronavirus has caused massive disruptions, with overall industry sales down 20.9 per cent in the same period, the Kluger is still going very strong despite being in need of this update.