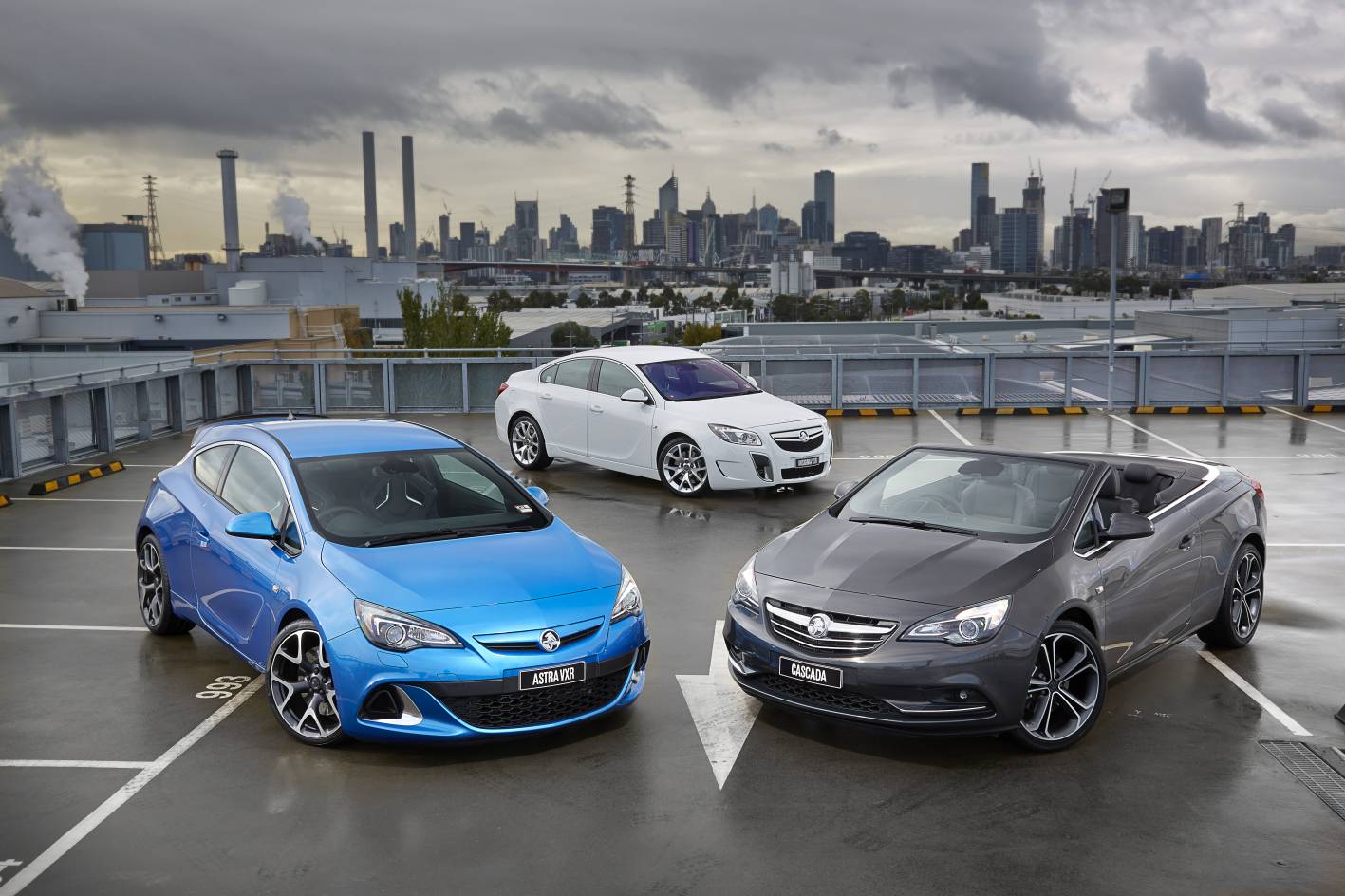 Big news. Holden will, as suspected, re-introduce the Astra – including the high-performance VXR variant – next year. It will also introduce the Insignia VXR sedan and put its badge on the Vauxhall/Opel Cascada convertible. 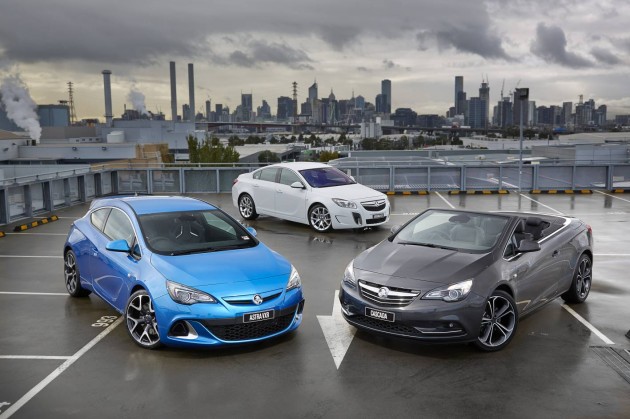 As Holden production operations slowly wind down before complete closure by 2017, Holden will continue on as a brand selling ‘re-badged’ versions of various General Motors products from around the world.

This is a move that was always going to happen at some stage, however, most weren’t expecting only the performance versions to be brought across. So this is great news for us performance enthusiasts. We loved the OPC performance range of Opel products last year. With a Holden badge on the front, the German-engineered models should be very popular, especially if they are priced competitively.

As for the mid-size Insignia, Holden is selecting only the VXR version which comes with a 2.8-litre turbocharged V6. The engine is backed up by a six-speed auto and all-wheel drive. This will be very similar to the Opel Insignia OPC which was also on sale in Australia last year.

Obviously, Holden is not looking to shoot itself in the foot by bringing out the five-door Opel Astra – a car which we loved – or the regular turbo-diesel variants of the Insignia. These spaces will be left to the Holden Cruze and Holden Malibu (same platform as Insignia), respectively. 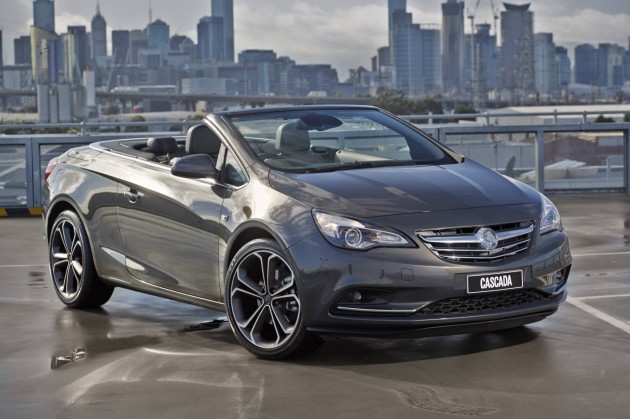 Giving Holden its first convertible since the Astra convertible of 2009, the Holden Cascada is virtually a convertible version of the new Astra. It’ll come with a 1.6-litre turbocharged four-cylinder with front-wheel drive, and will be available in six-speed manual and auto from. The Cascada is part of the international GM lineup, and it is currently sold as a Vauxhall and Opel in various countries.

Holden says it is committed to bringing only the best possible products from GM’s product portfolio to Aussie buyers. This, it hopes, will help keep the Holden brand alive and strong well into the future. General Motors executive vice president and president, GM International Operations (GMIO) Stefan Jacoby made a statement at the official announcement at Holden HQ in Melbourne today, saying,

“Holden is one of the strongest brands in Australia and the introduction of the Astra, Cascada and Insignia to the portfolio in 2015 will be a great addition.

“We are determined to offer Australian and New Zealand customers the best possible products that we can source from our global operations, as we build a strong future for Holden.

“We are focussed on the long-term fundamentals, such as ensuring Holden retains its proud Australian identity and provides customers with the best possible cars.

“It’s critical we focus on consumer and market-driven product strategies that enable global scale while engaging customers at a local-market level. The Astra, Cascada and Insignia are proof positive of our strategy.”

Prices and local specifications will be announced closer to their launch. As a guide, the Opel Astra GTC comes with 132kW, the Astra OPC has 206W, and the Insignia OPC has 239kW. Figures are likely to be similar if not exactly the same.

The new models will launch during the first half of 2015.