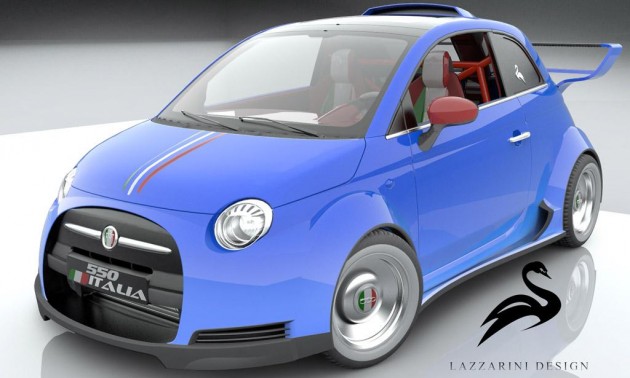 Yep, a 458 V8 engine squeezed into the back of this compact city hatch. The only problem is, Lazzarini Design is currently looking for backing for the project and needs around US$545,000.

It’s good to imagine sometimes, but Lazzarini Design has done more than that. These renders show exactly how the company plans to shoehorn the high-revving V8 into the back, widening the rear track and pumping out the rear guards. 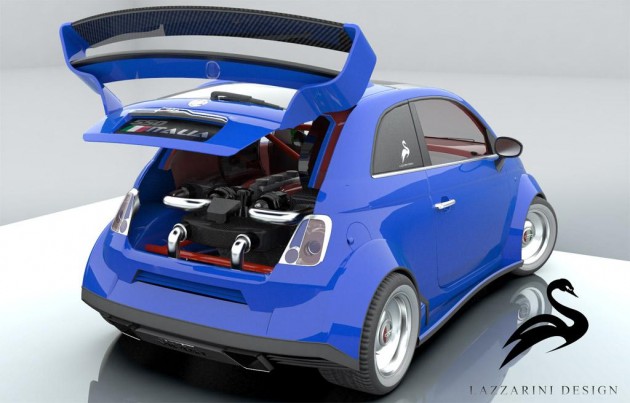 The body also features a new tailgate with a large rear spoiler to help keep the rear end planted. Front guards are also pumped out to match the rear, while a snorkel is formed into the roof to provide air for the V8.

Speaking of the V8, it’s a 4.5-litre naturally aspirated item producing 425kW of power. However, Lazzarini Design plans to detune it slightly to 405kW to assist with the conversion, and to help out with traction issues the 550 might have.

Just think of the power-to-weight ratio of this thing. Hopefully Lazzarini Design finds an investor. We’d love to see one of these out on a track.