Aston Martin will not only debut its latest Rapide-based racing car at this year’s Nurburgring 24-hour endurance race, the company will also be the first ever to compete with hydrogen power. 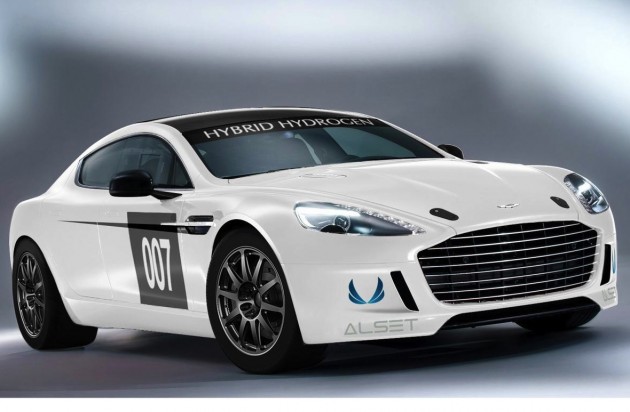 The Rapide S is Aston Martin’s latest and greatest four-door creation. It blends the finest luxuries and prestige with proper track-focused credentials. This hybrid hydrogen version could be a taste of what to expect for production cars in the coming years.

The hybrid hydrogen system is as it sounds; a combination of a petrol engine and a hydrogen fuel cell setup. Both power sources can be isolated to run separately or they can run together as a blend. Being capable of running in emission-free form will allow Aston Martin to break another record.

The company is aiming to become the first manufacturer to run a sports car in race conditions and complete a full lap of the Nurburgring while producing zero emissions whatsoever. It will do this by using the hydrogen-only mode. 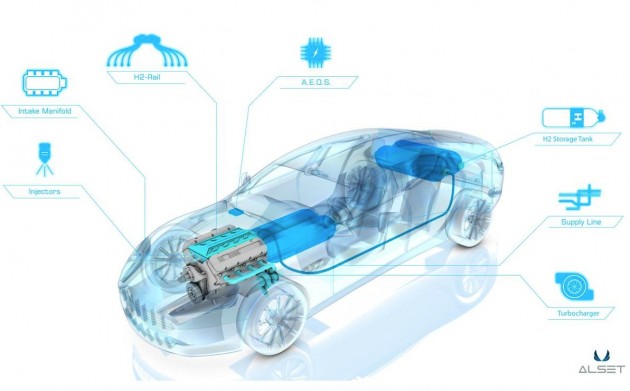 At the heart of it, the Rapide S hybrid race car is powered by a prototype 6.0-litre twin-turbo V12 engine. It’s supported by a hydrogen fuel rail, storage tanks and a proprietary engine management system.

Four ultra strong carbon fibre tanks contain a total of 3.5kg of hydrogen, which is kept at an incredible pressure of 350bar (just over 5000psi). Two of the tanks are located next to the driver while the other two are in the boot. The setup has of course all been approved by the German motorsport regulators DMSB.

“As we celebrate our centenary in 2013 and look back on a century of excitement, innovation and style it’s also the perfect time to look to the future with this astonishing race car.”

“Aston Martin has a strong track record of innovation and, with our superb history of competition and testing at the Nurburgring, it is only right that we showcase this amazing new technology at this year’s 24-hour race.”

The famous race will take place on May 19-20. Up to 150 cars will compete this year, making for a truly spectacular event.