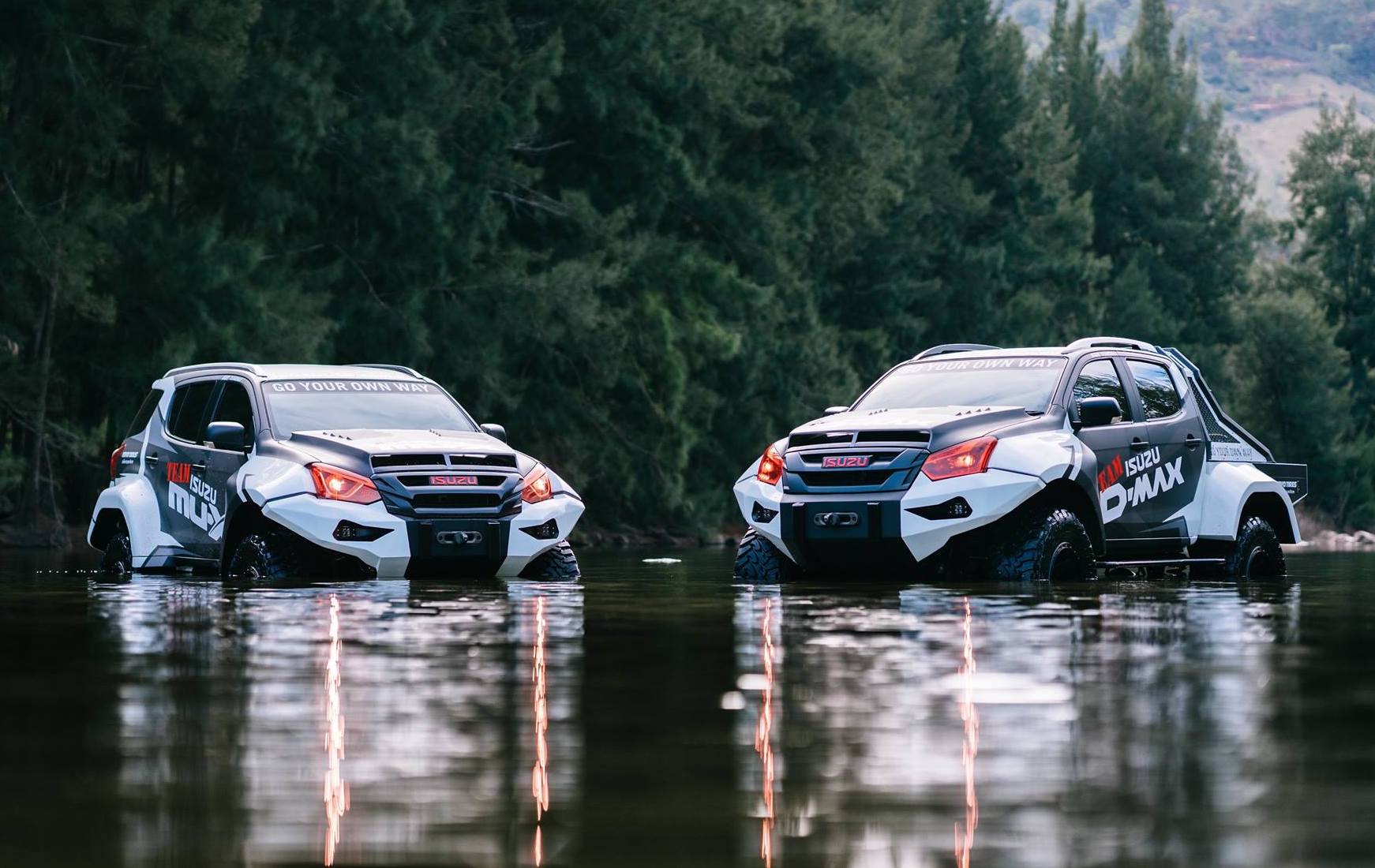 Isuzu has shown off two radical design concepts that take the D-Max and MU-X and transforms them with the off-roading equivalent of anabolic steroids. 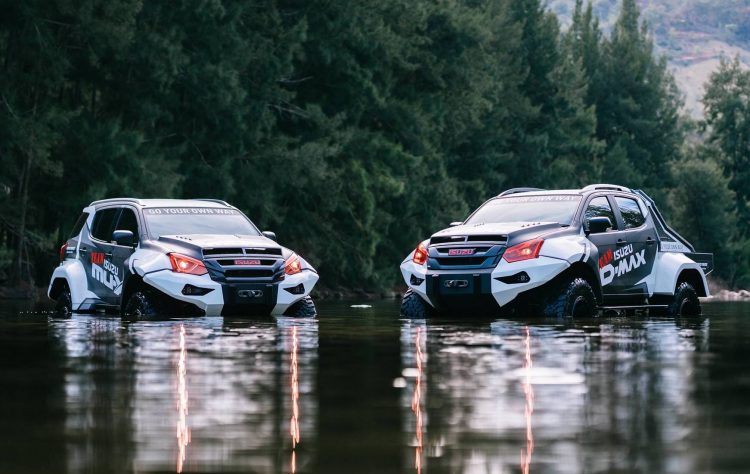 Welcome to the Concept X, a collection of two of the coolest and most hardcore Izuzus you’re likely to see today. Developed in collaboration with the team of EMG, after twelve months development they were officially revealed to the public.

Despite the massive overhauls, the two concept cars retain their 3.0-litre four-cylinder turbo-diesel powertrains, producing 130kW and 430Nm. While the six-speed automatic transmission is also stock, EMG has added a bespoke exhaust system to fit in with the massively overhauled underbody.

Up first, the D-Max Concept X features the same chassis as the stock D-Max, but increases ground clearance up to 370mm. The departure and approach angles are now 38.5 and 49.7 degrees, and the concept rides on 38-inch Toyo Open Country off-road tyres, connected to an independent front, and multi-link rear coil suspension system. 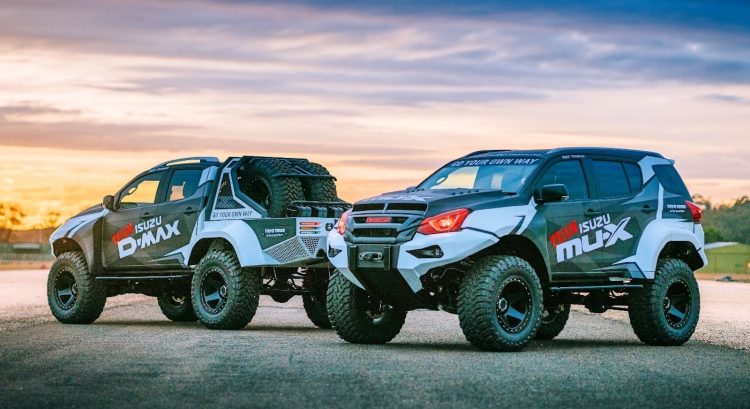 The MU-X receives the same suspension upgrades and custom bodywork, complete with a 7-inch suspension lift which has increased its angle of approach to 49.7 degrees, and the departure angle to 37.3 degrees. Stopping power is provided by custom TBS Racing six-piston calipers with 390mm full-floating discs up front, and 355mm discs at the rear.

Both models have been fitted with 4.5-tonne front and rear custom winches, custom alloy bull bar, alloy tray and sports bar, as well as custom steel wide-body fenders and bonnet.

“The cost, well it’s mega. Many man hours, I don’t want to even think about it,” EMG director and owner of Team D-Max Wayne Boatwright said at the unveiling.

In terms of the concepts ever becoming a regular staple of EMG’s aftermarket products, Boatwright explained that: “We’ve thought about how we could offer this as an aftermarket solution but at the moment we’re flat out between our driving and this, so there’s no plan yet.”

“It just started with the tyres, no one that we know has put 38-inch tyres on an Isuzu and you can’t even get them in Australia. I imported the wheels at almost $10,000 for one car and all of a sudden we just started redesigning the whole thing because they looked so tough.”

“We’ve used different vehicle brands throughout the team’s history but Isuzu’s truck DNA sets them apart from the rest. Their diesel engines are simply the best in the business and the whole package has been outstanding in terms of reliability,” EMG owner Wayne Boatwright said.