Aston Martin has put together a neat video showcase of the new Aston Martin Vanquish out and about on the roads of Italy. The video gives you a nice taste of what the exquisite V12 engine sounds like. 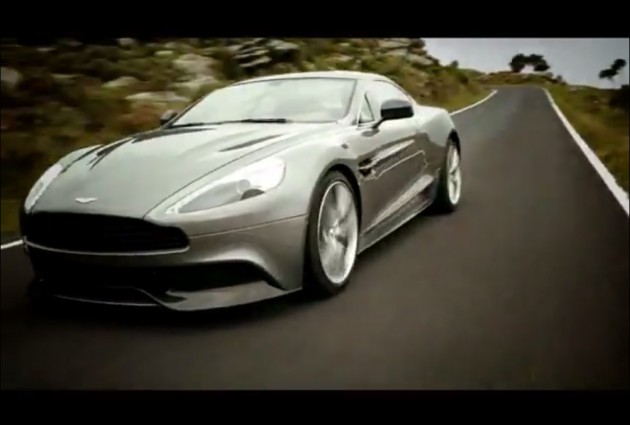 The new Aston Martin Vanquish is the company’s latest model sitting on a new ‘VH’ platform. It scores all new panels made from carbon fibre to reduce weight and to increase rigidity.

Under the bonnet rests a 6.0-litre naturally aspirated V12 producing 421kW of power and 620Nm of torque. It’s mated up to a new Touchtronic 2 six-speed automatic transmission.

Acceleration from 0-100km/h is achievable in just 4.1 seconds, with a top speed of 295km/h. This makes it one of the quickest Aston Martin road cars ever made.

As previously reported, Aston Martin’s Asia Pacific communications manager Marcel Fabris confirmed with us that the new model is available to order in Australia. Deliveries are scheduled to take place in December.

Click play below to see this beautiful beast singing and dancing out on the road.