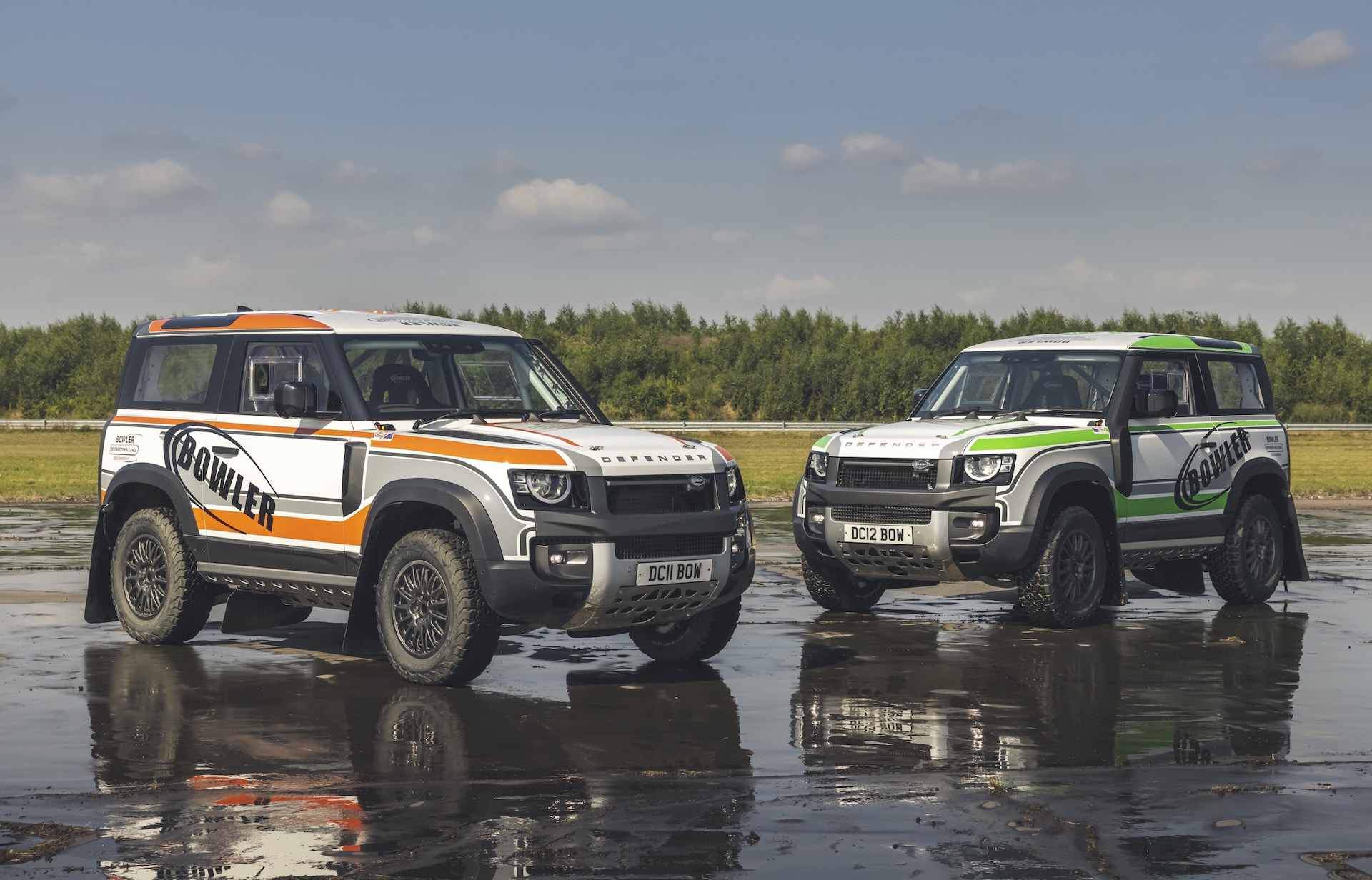 Off-road specialist and Jaguar Land Rover subsidiary, Bowler, has unveiled its new rally-ready Land Rover Defender package which will compete in a one-make race series in the UK next year, called the Bowler Defender Challenge. 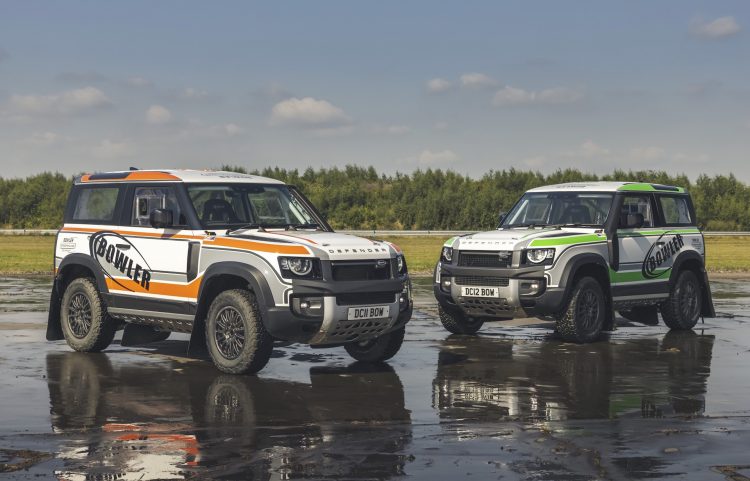 The Bowler Defender Challenge is going to be a cracking series that’s open to all experience levels, and all teams will compete on a level playing field with identical vehicles. The racing Defender is based on the new short wheelbase Defender 90, with the team of engineers at Bowler applying upgrades to the suspension, durability and performance over the stock model.

The most significant upgrades include a completely bespoke suspension design with new subframes, springs, dampers and turrets, monocoque bracing, stiffened mounts, a set of 18-inch wheels wrapped in all-terrain tyres, and a complete FIA roll cage. The suspension tweaks have increased the Defender’s ride height by 25mm.

Bowler says that its tweaks have managed to make the Defender’s already rigid body shell even more stiff, while installing a new underbody panel to protect its mechanical organs from any intrusions. Inside, any luxurious bits of trim have been thrown out in the name of saving weight, while a set of race seats and wheel-mounted gear shifters are added. 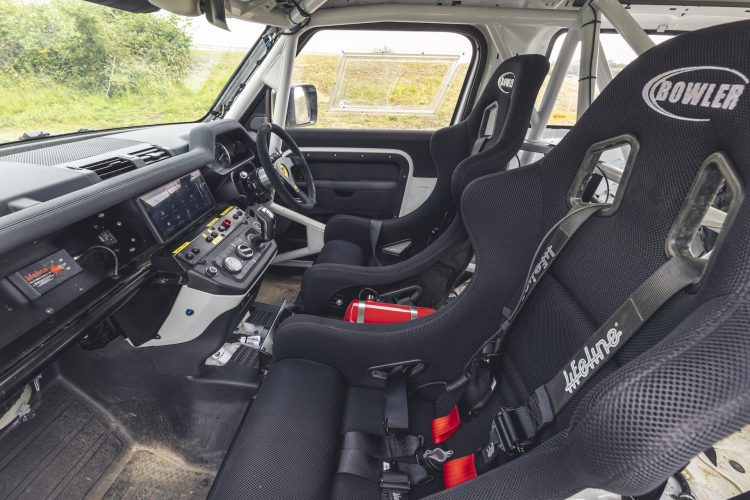 The Bowler Defender Challenge racer is powered by JLR’s Ingenium 2.0-litre turbocharged four-cylinder petrol engine that pushes out 221kW and 400Nm, with major upgrades coming in the form of a new cooling system and sports exhaust system.

“The development of the new Bowler Defender Challenge rally car perfectly illustrates the mutual benefits of Bowler joining Jaguar Land Rover Special Vehicle Operations. The Bowler Defender Challenge will prove the Defender’s durability through some of the toughest conditions, while providing an exciting and accessible entry point into all-terrain motorsport for a new generation of Bowler and Land Rover customers.” 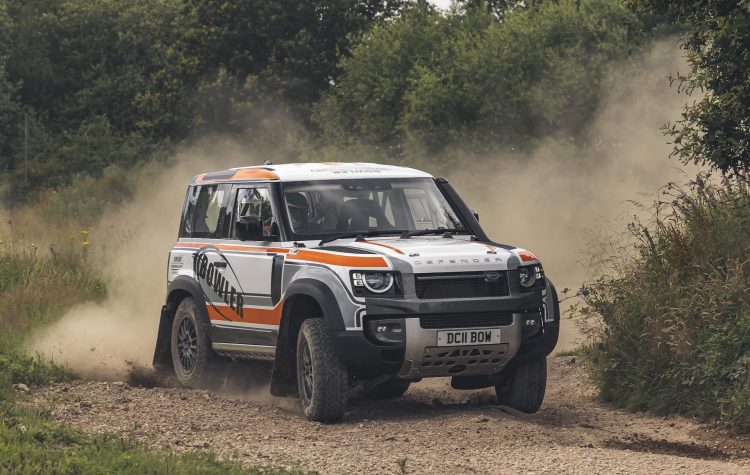 The 2022 Challenge will see seven rounds of off-road competition based in the UK, supported by Bowler Motors, with 12 entries up for grabs. Competitors will take to the mud in one of 12 identical Bowler-prepared Defenders, with no prerequisites for entry, meaning complete rookies could find themselves competing against rally veterans.

In terms of pricing, Bowler is offering a $190,000 package that includes a race-ready Defender Challenge car and entry into the 2022 series. It all kicks off next year in March. See below for the full list of spec changes made to the Defender 90 rally car: