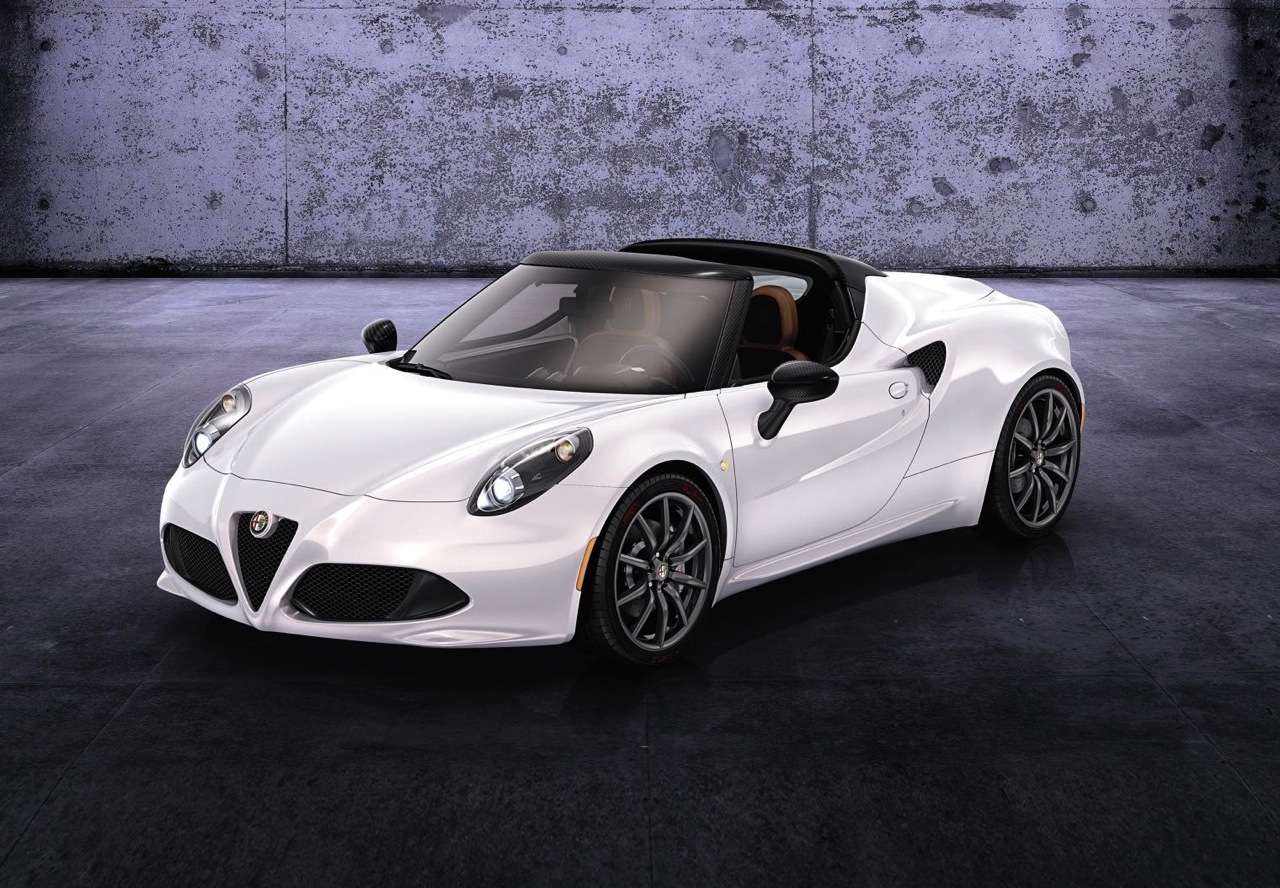 Take a look at this for a beautiful machine. It’s a drop-top Spider version of the already-mouthwatering Alfa Romeo 4C. It’s just made its debut at the 2014 Geneva Motor Show in Switzerland. 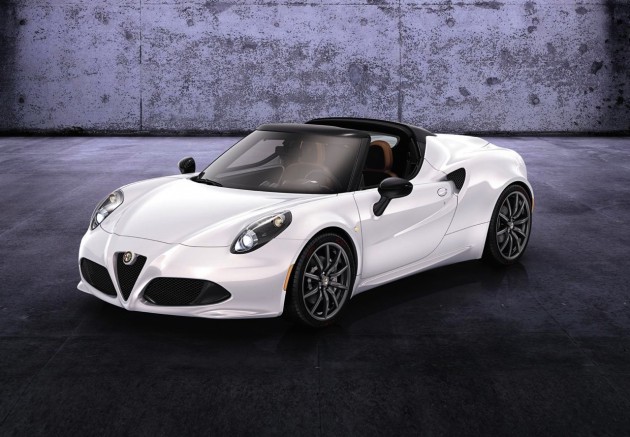 Showcasing a similar sort of design theme as the 4C coupe, which will go on sale in Australia later this year, the 4C Spider is set to remain as a high-performance, lightweight driving machine only offering the bliss of open-top motoring.

The removable roof is made from lightweight canvas not only to keep weight to a minimum but also to keep the centre of gravity low to maintain handling performance. Alfa says revisions made to allow for the open-top design have only added around 60kg to the 4C’s 895kg weight.

It comes with special carbon fibre roll over bars, a carbon fibre windscreen frame, and a carbon engine cover instead of the coupe’s glass setup. 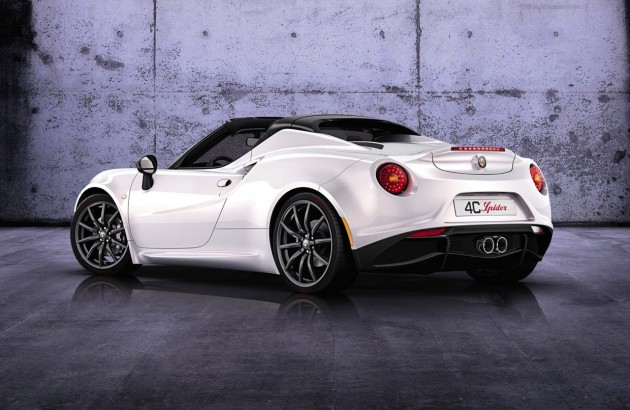 The version on display is labelled as a 4C Spider Design Preview, which means the production version may not be exactly the same as this. It does debut a new titanium exhaust system with carbon Akrapovic rear outlets though, featuring a button-operated valve.

In the engine compartment the same 1.75-litre turbocharged, direct injected four-cylinder engine resides. It produces 177kW and 350Nm, capable of flinging the sportster from 0-100km/h in 4.5 seconds – the same as the coupe.

Alfa says a production version will arrive in 2015. What a stunning machine.

The coupe lands in Australia in a few months with prices starting at $75,000.