Chevrolet has unveiled its new Chevrolet Camaro COPO concept at the 2011 SEMA Show in Las Vegas. This is the ‘straight out of the box’ drag racing package reported a few weeks ago. 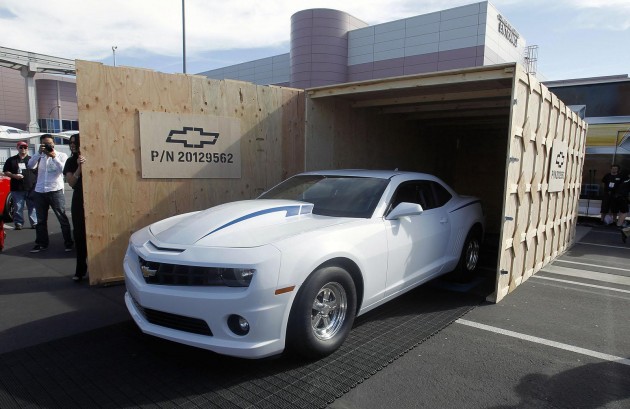 Although this is a concept, it is highly likely Chevrolet will be putting it into production. General Motors vice president of Performance Vehicles and Motorsports, Jim Campbell, has said that the concept “is a clear indication that Chevrolet intends to homologate the Camaro for sportsman drag racing”.

As previously reported, the Chevrolet Camaro COPO concept has been designed as a rival to the Ford Mustang Cobra Jet, ready to compete in the NHRA Stock Eliminator drag racing category. It’s kitted out in all necessary safety equipment and class specifications.

Under the bonnet, the Chevrolet Camaro COPO concept comes with the option of two different engines; a 5.3-litre supercharged V8 or a 7.0-litre (427ci) naturally aspirated V8. Each can be matched up to a two-speed or three-speed automatic transmission, or a five-speed manual.

Inside the cabin there’s a full roll cage with a racing-inspired interior.

Quarter mile times for the Chevrolet Camaro COPO concept are expected to be in the 8-9 seconds range, however, official times haven’t been mentioned.

Check below for more details on the engine packages. 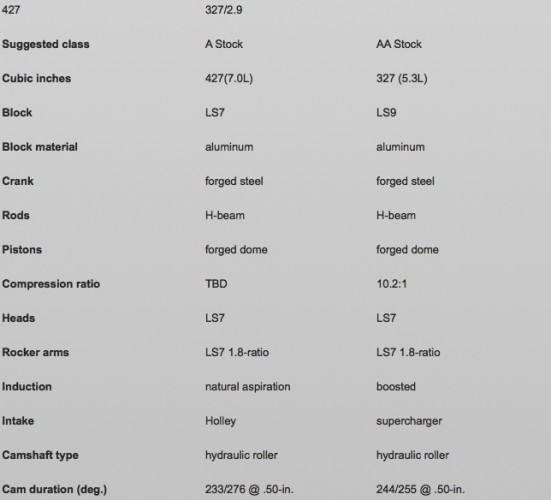