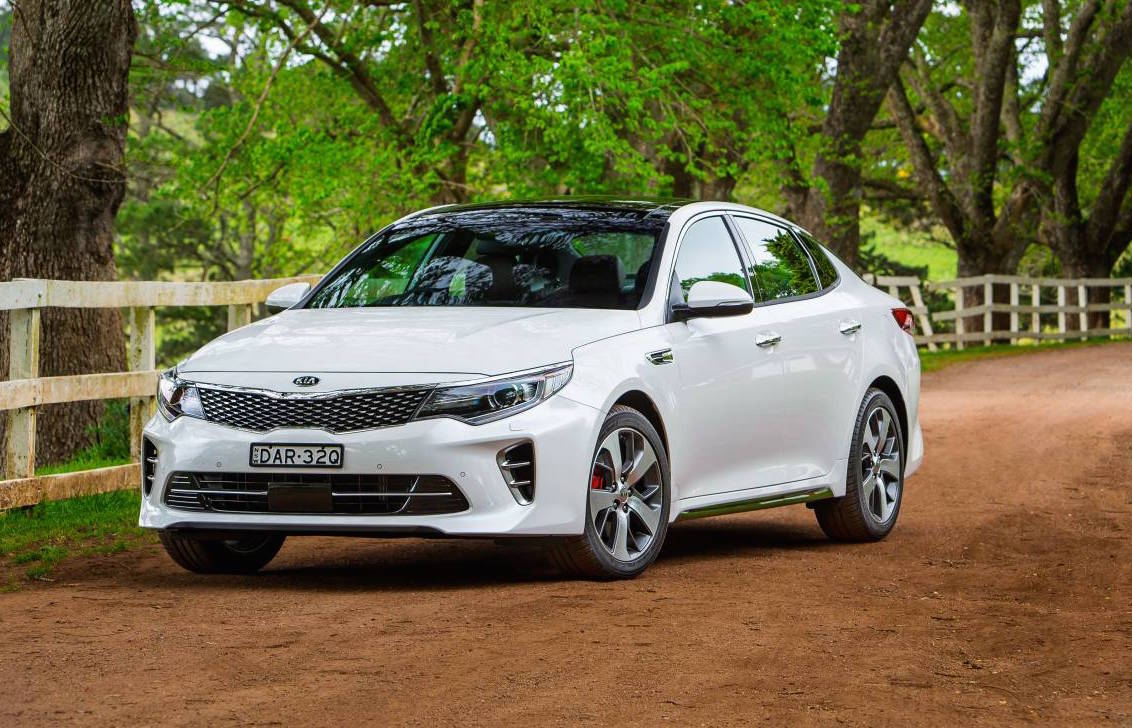 The 2016 Kia Optima is now on sale in Australia, introducing a new turbocharged engine option, along with updated styling and equipment. 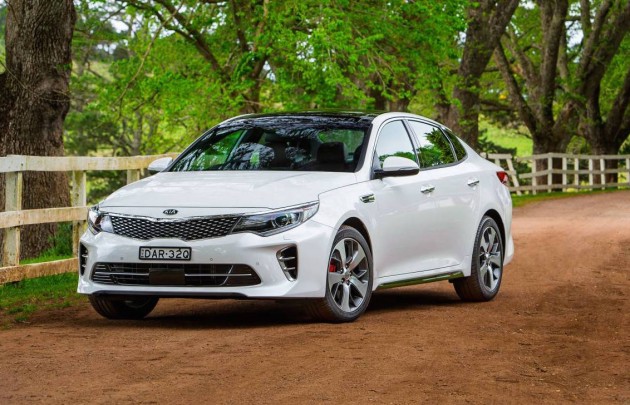 Initially revealed at the 2015 New York Auto Show earlier this year, the new model is being described by Kia as an “all-new” model. It features a new bodyshell which is 50 per cent stronger than the one on the outgoing model.

The exterior design has been revised as well, with an evolution of the brand’s ‘tiger nose’ front grille, fresh wrap-around headlights, and neatly bolstered wheel arches. Overall, it stands 10mm longer, 25mm wider, and 10mm taller than the outgoing version.

With larger dimensions, the interior space has grown. Kia says there is more headroom and shoulder space, as well as increased rear seat legroom. Cargo capacity has also been expanded to 510 litres, from 505 litres.

In Australia, two main variants are being launched; the Si and the GT. The Si keeps the 2.4-litre naturally aspirated four-cylinder featured in the existing Optima. Outputs have been altered so it now produces 138kW and 241Nm (down from 148kW/250Nm).

The GT version comes with a 2.0-litre turbocharged four-cylinder engine generating a meatier 180kW and 350Nm. This is the first turbo Optima to be offered in Australia. Both come with a six-speed automatic transmission with front-wheel drive. 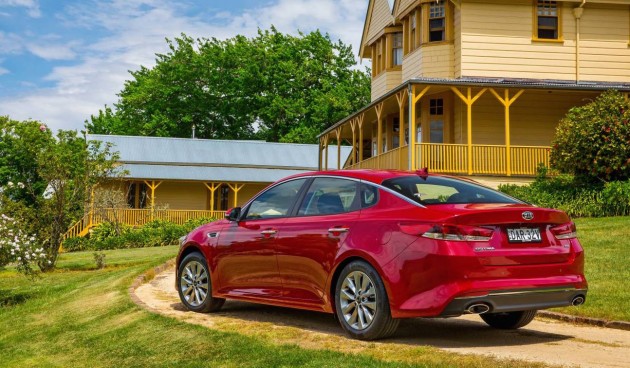 In terms of standard features, the 2.4 Si comes with 17-inch alloy wheels, auto headlights, a rear-view camera and front and rear parking sensors, lane departure warning, autonomous braking technology, and a 7.0-inch touch-screen interface with sat-nav and a six-speaker stereo.

Going for the GT turbo adds 18-inch alloy wheels and wider performance tyres (235 up from 215 in the Si), blind-spot protection, rear cross traffic alert, and an 8.0-inch touch-screen interface with a 10-speaker stereo.

The new model is on sale from the following prices (excluding on-road costs). Like all Kia models, the Optima comes with a seven-year/unlimited kilometre warranty, with seven years capped-price servicing, and seven years roadside assistance.