Honda has revealed a cool new compact concept car at the Montreal International Auto Show in Canada. Called the Honda Gear, the compact hatch is inspired by fixed-gear bicycles. 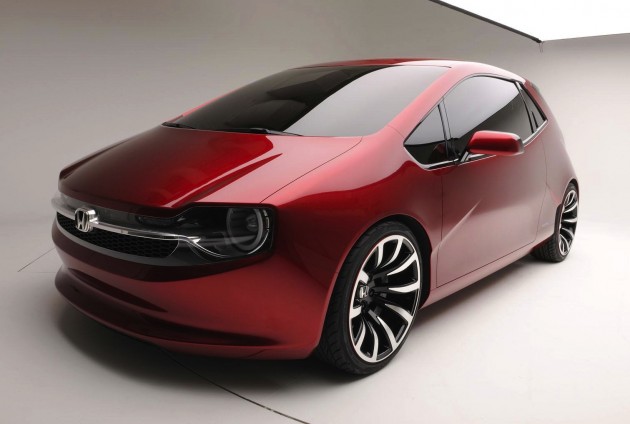 Even though the 2013 North American International Auto Show is pretty much stealing the media spotlight at the moment, the Montreal show, also currently underway, is home to at least this exclusive unveiling. 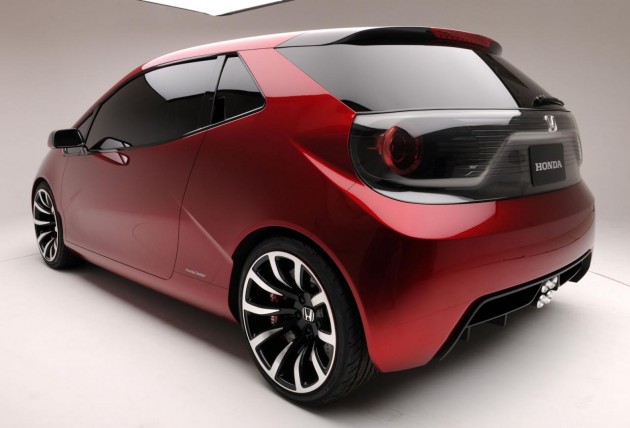 Honda hasn’t revealed any of the car’s specifications or engine layout, instead, choosing to simply show what it can do in terms of design.

At the front there’s a distinctive wedge nose which leads up through the windscreen to the roof, while at the back it looks rather sporty, with a chunky diffuser hiding a quad-outlet exhaust system. We especially love the deep dish alloy wheels and the clear panel that surrounds the taillights.

“Subcompact cars are usually either utilitarian, but uninspiring or they’re fun, zippy cars that are impractical and too expensive for the Gen-Y buyer.

“Gear concept tears down those walls – it’s practical but fun, customizable, connected and affordable. Everything that young, discerning urban buyers would want in a car.”

There are no plans for the Gear to go into production any time soon, however, Honda could be hinting at a new segment it plans to cater for in the future.