Meet the second ever Lamborghini Aventador crash to be reported. This latest one occurred at Daytona Beach, Florida US, over the weekend. 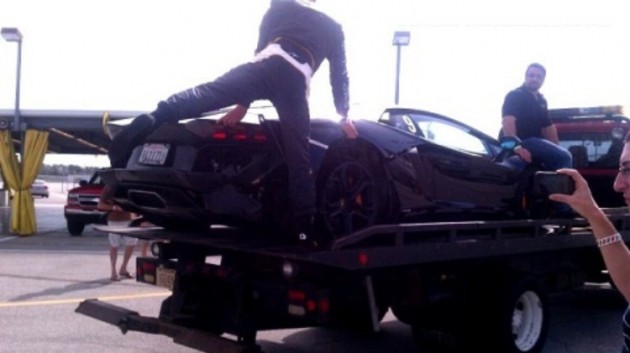 This second crash isn’t so bad. In fact, it’s not even a proper crash. Specific details of the incident are scarce at this stage but it seems the left rear tyre blew out, causing shrapnel and tyre wire to damage some of the rear sections of the mighty Aventador.

No one was injured in this Lamborghini Aventador crash, fortunately, and as the image outlines; it looks like the V12 supercar will be repaired with some minor cosmetic surgery.

The Lamborghini Aventador LP700-4, as it is officially known, has only been on the market now for a few months. It features a brand-new 6.5-litre V12 engine developing 515kW of power 700Nm of torque. Australian pricing is yet to be sorted, but think well upwards of half a million dollars.