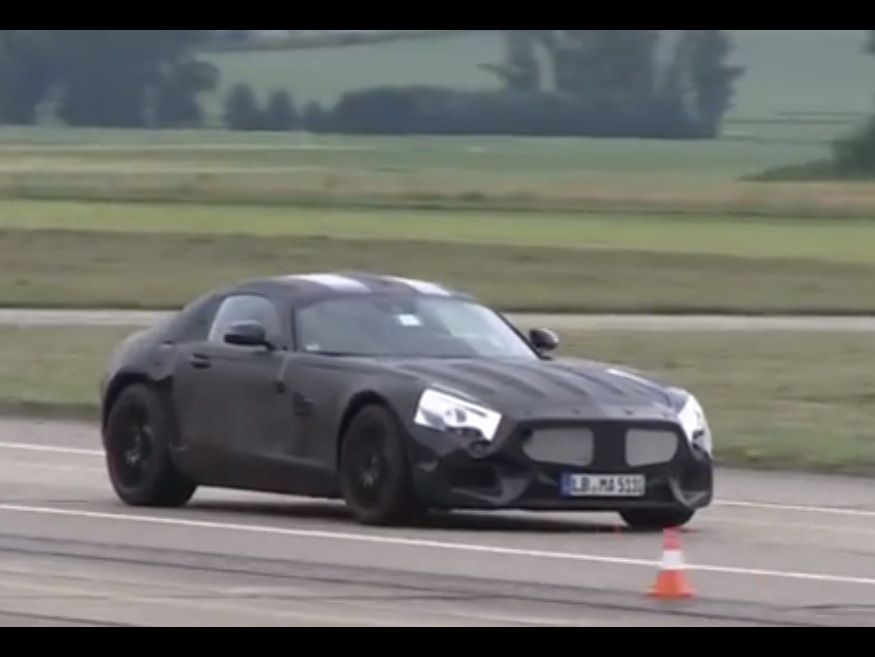 Mercedes-Benz has been spotted test driving a prototype version of the next SLS AMG high performance coupe. Thought to be called the ‘SLC’, it’s understood the model will be a replacement for the current SLS AMG ‘Gullwing’. 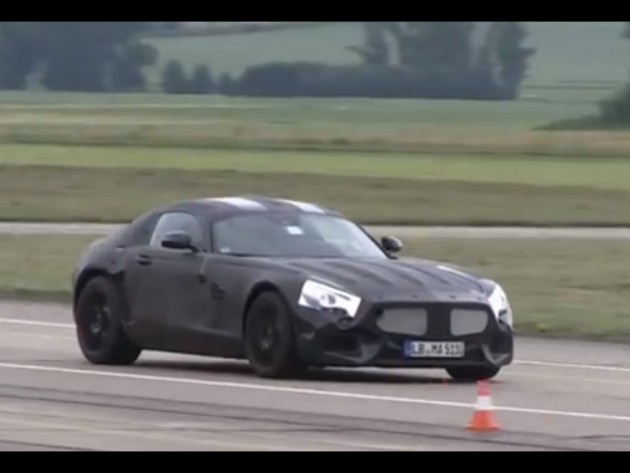 The reason for the speculated SLC nameplate is due to the new model showcasing a smaller set of dimensions than the SLS. It’s also believed to be more targeted at vehicles like the Porsche 911, as opposed to outright supercars like the Ferrari 458.

Official specifications and engine options are yet to be confirmed, however, according to international reports it will come with a new 4.0-litre twin-turbo V8 producing around 360kW. An ‘S’ variant is apparently on the way as well, and could potentially penetrate through the 400kW mark.

As you can see in the video below, the new model will possess a pretty similar shape and silhouette as the SLS.  Being smaller and lighter though, performance is expected to be more focused towards agility and cross-country speed instead of outright power like the SLS.

There’s no need to get the cheque book out just yet, a market entry isn’t set to take place until at least the second half of 2014. Click play below to take a look.