The new 2013-2014 Lexus IS has only just been revealed, however, Lexus Australia has already announced local showrooms will be welcoming three variants; the IS 250, IS 350, and, for the first time ever, the IS 300h hybrid. The introduction of the Lexus IS 300h is a significant one as it will take on a number of other hybrids that are popping up in the mid-size premium sedan segment. Others include the recently launched BMW ActiveHybrid 3 Series, and, later this year, the new Infiniti Q50 hybrid, which is due towards the end of 2013.

For the IS 300h power comes from a ‘2AR-FSE’ 2.5-litre four-cylinder petrol engine producing 130kW and 215Nm. Matched with an Atkinson cycle electric motor system, the IS 300h has an overall combined power output of 161kW. It’s all sent through a CVT automatic transmission and into the rear wheels. 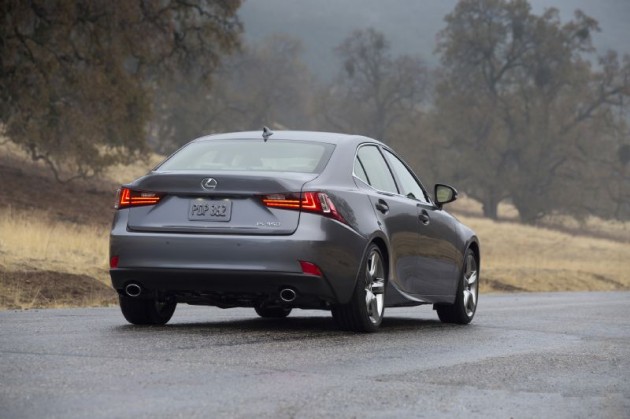 An aspect that will be new to the IS’s powertrain is the introduction of an eight-speed automatic transmission for the IS 350. Lexus says the ‘Sports Direct Shift’ unit is borrowed from the high performance V8 IS F. 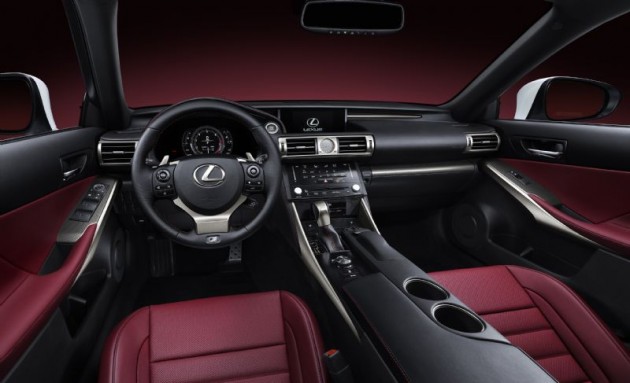 Even though the engines haven’t been updated, Lexus says it has been adamant in striving to achieve “segment-leading driving enjoyment”. The company says that every area of the car’s driving dynamics have been thoroughly engineered towards achieving that goal.

One of the techniques engineers adopted to improve dynamics was a special laser screw welding (spiral-type weld) process and adhesive body bonding. This, along with additional spot welding, have increased overall body rigidity compared with the already-solid current model’s foundations.

Suspension is also updated, with a revised double wishbone front setup offering a 20 per cent increase in roll rigidity, and a new multi-link suspension setup placed at the rear, similar to the system used on the new GS sedan. Lexus IS chief engineer Junichi Furuyama recently spoke about the direction and method engineers followed in creating the new IS, saying,

“We adopted an entirely different approach to the development of the new IS.

“Rather than developing each individual aspect in the hope that they would combine to offer an engaging driving experience, we first established the pleasurable driving experience owners desire as our major premise, and then we developed the individual performance elements to support it.

“Every aspect of the new IS has been engineered with a renewed focus on the sporting performance, agile handling, accurate response to driver input and highly communicative feedback.”

On top of this, adaptive suspension will further improve handling and ride, giving the driver the option to toggle between different modes. Certain models will also get a similar sort of Driver Mode Select system as seen on other recently launched Lexus vehicles. The system will provide ‘Eco’, ‘Normal’, ‘Sport S’ and ‘Sport S Plus’ modes, altering the throttle response, and suspension and Variable Gear Ratio Steering on selected models. 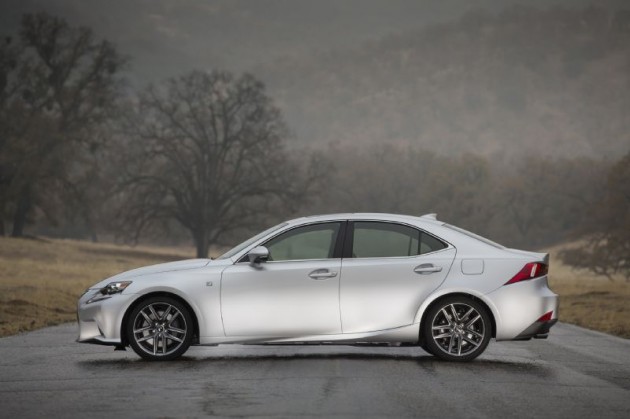 As with the current showroom range, the F Sport package will play a big part in the IS range. Lexus says its F Sport variants account for up to 30 per cent of overall sales, while 50 per cent of IS 350 sales are in F Sport guise.

For the new model the sports package adds a distinctive bodykit and large alloy wheels, as well as some mechanical enhancements such as sports suspension. Adaptive Variable Suspension with selectable modes and Variable Gear Ratio Steering will be included on the IS 350 F Sport. Interior tweaks are also made to support a sporty character, with bucket-style seats and a LFA-inspired advanced LCD instrument cluster display.

In terms of dimension changes, the new IS range has grown 70mm in the wheelbase, while the track is widened by 10mm. These changes provide more interior space, particular focusing on rear passenger comfort and opening up boot space.

Local prices and performance figures are yet to be announced. The new range will go on sale in Australia during the third quarter of this year.