Lexus Autralia has released a Lexus LFA review by Alan Jones. The former F1 World Champion took one for a quick spin at Eastern Creek International Raceway during the Australian Muscle Car Masters earlier this month. 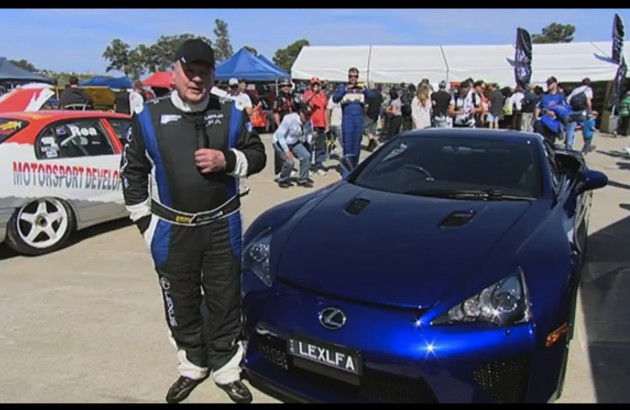 The Lexus LFA is the most expensive and most powerful Lexus ever made, it’s also Lexus’s first ever supercar. It uses a 4.8-litre naturally aspirated V10 to produce 412kW of power and 480Nm of torque.

Unfortunately for those who are about to whip out their cheque books, all 10 Lexus LFAs allocated for Australia have been sold for a cool $700,000. Click play on the video below for a quick review of the car.