Volkswagen will unveil the all-new high performance Volkswagen Polo R at the 2013 Geneva Motor Show in March. This will be the company’s smallest super-hot hatch, at least before the Up! GT comes along later next year. 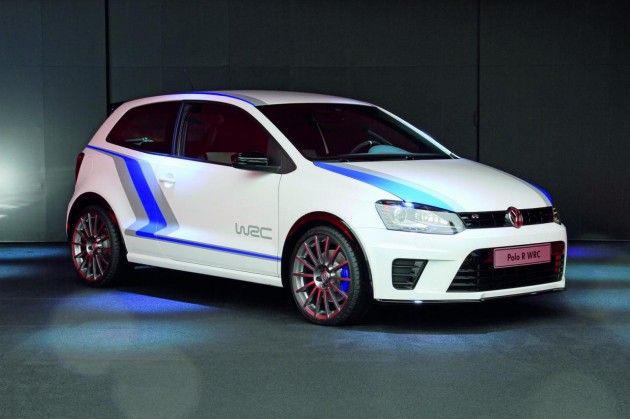 Ulrich Hackenberg, Volkswagen head of research, recently confirmed the new model will debut at next year’s Geneva show. It’s expected to be inspired by the WRC Street concept (pictured), in terms of design and character, featuring a neat bodykit and aggressive trimmings.

Under the bonnet, the performance Polo is set to feature a 2.0-litre turbocharged TFSI engine borrowed from the Golf GTI, slightly tuned to produce around 168kW. Acceleration from 0-100km/h is likely to come up in at least 6.0 seconds dead, considering the current 134kW Polo GTI already manages it in 6.5 seconds.

It’s understood Volkswagen didn’t previously have plans to introduce a Polo R version, but with the company taking part in the World Rally Championship next year, it seemed a fitting thing to do.  If the Polo GTI is anything to go by, the R version will be a cracking little car.