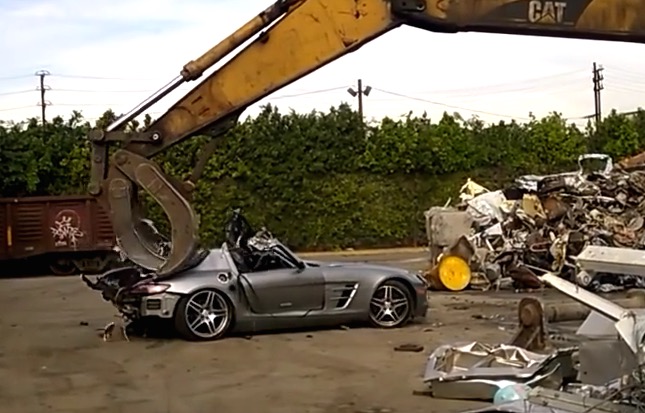 Got the Monday blues? Here’s a video that is certain to rub it in. It shows a Mercedes-Benz SLS AMG ‘Gullwing’ being crushed and tortured to death for an unknown reason.

There doesn’t appear to be too much info about the video, or the car in question. Even the video description on the YouTube channel where it was posted doesn’t say much.

All we know is it is a massive waste. The wheels look to be in decent condition and are probably worth upwards of a few thousand dollars. And then there’s all the parts, the front grille, body panels, heck, even the badge has some value in it.

It’s believed the footage was taken in the US, with rumours suggesting it was a badly water-damaged car while others suggest it might have been the result of hooning laws. If you can bear it, take a look below. And feel free to shed any light on the situation if you know something we don’t.