A new world record has been set for the most amount of cars doing donuts at the same time. A record of 75 was set on Tuesday at the Infineon Raceway in California, USA. 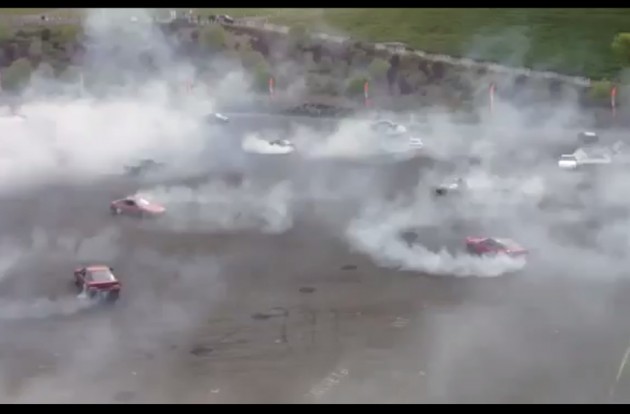 The previous record was held by us Australians of course, with 57 cars laying down circle work at one time – maybe the new hoon laws have scarred us away from keeping the record?

Although it is yet to be penned in, the effort is set to go in the Guinness Book of World Records for most cars performing donuts simultaneously for at least 15 seconds.

As you can see in the video below, if you can see through the complete whiteout caused by all the tyre smoke, it looks like the US will take the crown.