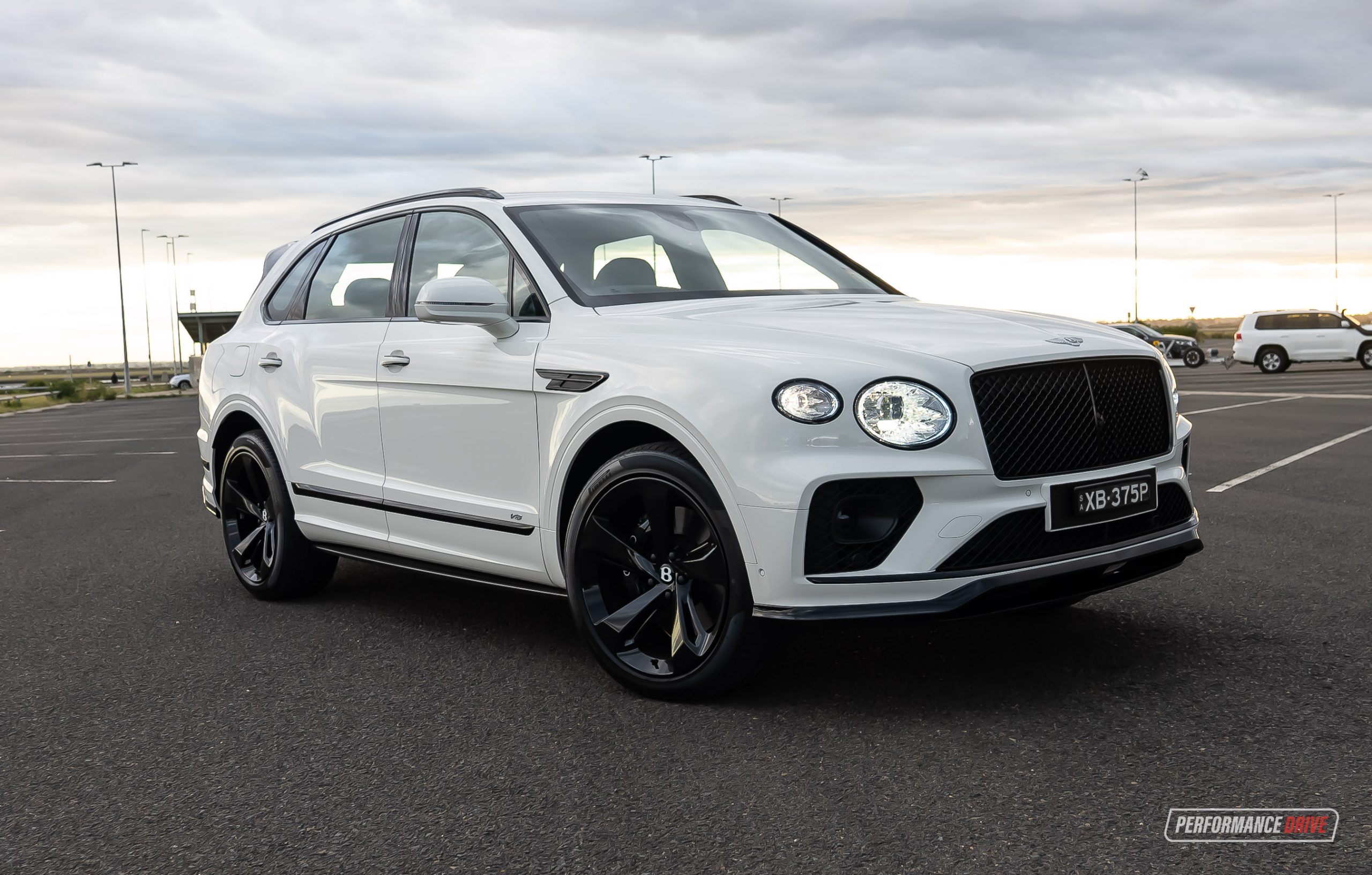 Originally billed as the fastest and most powerful luxury SUV on sale, the Bentley Bentayga receives its first major update for the 2020-2021 model. Tweaks are applied to the interior and exterior design, big advancements in technology are introduced, and of course refinement and comfort are yet further enhanced. 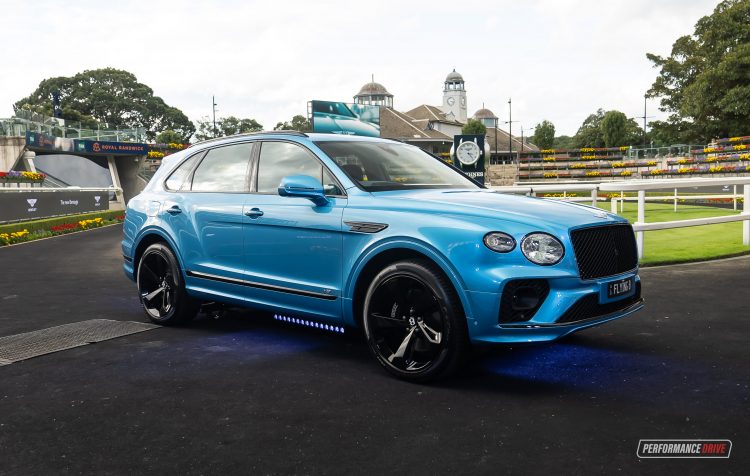 Bentley says it established the large luxury SUV market segment with the Bentayga when it originally debuted in 2016. Since then, Rolls-Royce has introduced its Cullinan, Aston Martin has its DBX, and even Ferrari has something up its sleeve for this newly-created class. Hence, a major refresh was in order for the Bentayga to ensure it remains at the top of the class while reminding the rivals it is the pioneer.

The Bentayga is now the most popular model in Bentley’s showroom, globally. However, here in Australia it’s the Continental that reports the highest sales figures. According to December VFACTS figures, Bentley sold 52 examples of the big SUV, against 92 ‘coupe/convertible’ vehicles (the Continental), and 21 ‘sedans’ (the Flying Spur) during 2020. That’s quite strange considering that most other segments are dominated by the respective SUV cousins. Although, the change-over from the old Bentayga to this new version also caused a dip in numbers.

Nonetheless, Bentley is working onwards and upwards, and is off to a good start this year. Through the first four months the company has sold 64 cars in Australia, which is up 23.1 per cent compared with the same period last year (obviously coronavirus had just started to impact sales last March and April). For further reference, during the first four months of 2019 the company sold 66 units in Australia.

By the end of this year the luxury marque could surpass its circa-11,200 annual global sales record, so long as chip shortages and other factors don’t get in the way. The Bentayga, with this update, is expected to further build on its showroom-leading success. 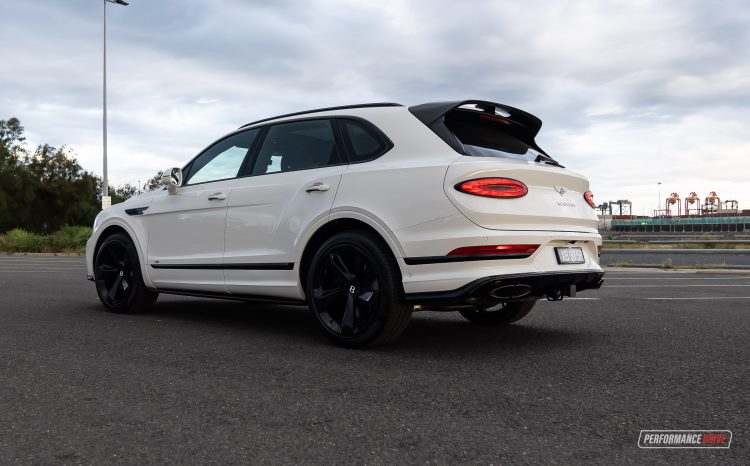 All of that monstrous power and torque is delivered through a ZF-based eight-speed automatic transmission, feeding into a permanent four-wheel drive system that incorporates a Torsen centre differential for optimum power distribution between the front and rear axle. There’s also an open differential at the back but it does feature an electronic-locking function for those really sticky situations.

Out on the road there is a clear sense of massive underlying power and majestic speed, even as you potter around the suburbs. There’s a soothing V8 burble in the background at low revs, which progressively transforms into a belting snarl when you fully depress the throttle. And yes, there is a huge sensation of g-force as the engine hurtles you forward. It feels like it can perform 0-100km/h much faster than the claimed 4.5-second timeframe. 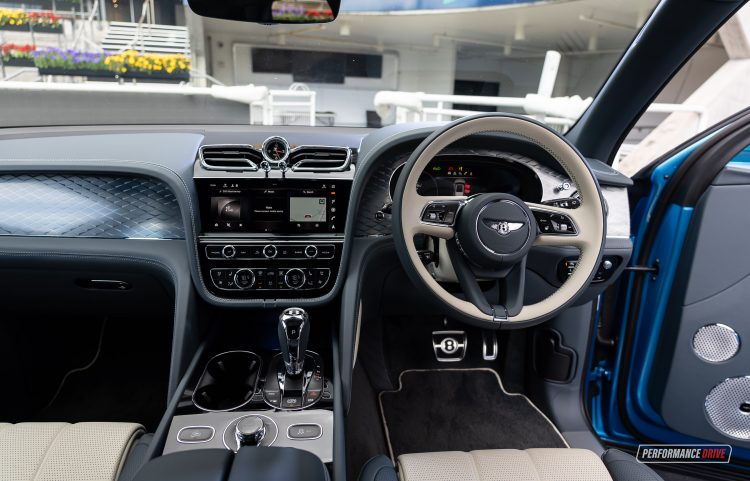 Kickdown is the really impressive party trick, though. The extremely intuitive automatic responds immediately to your ankle flex, supplying a lower gear in no time. From there the engine delivers its monster torque and the body of the Bentayga tilts upward at the front, and squats hard at the back. It is awesome. For a more sensual experience Bentley also offers an optional sports exhaust system supplied by Akrapovic, for a cool $17,424.

Bentley is renowned for its sports cars and epic motorsport heritage, especially with its deeply-entrenched history in Le Mans (it even names its cars after elements of the track; Mulsanne). So, it will probably come as no surprise the Bentayga can be chucked around corners, returning nothing but competence. Bentley pioneered active roll control technology with the previous model, and now the company’s engineers have made further tweaks to ensure absolute minimal body roll while maintaining supreme comfort and ride quality.

The track width has been increased by 20mm at the back to reduce the steering’s effort to pivot the car, while also improving the consistency of response. The optional ‘Dynamic Ride’ active roll technology also aims to make sure there is optimum tyre contact with the ground surface at all times. As a result, the Bentayga genuinely feels like a much smaller and nimbler vehicle. You can point the nose in and it will glide around with seemingly zero heave or effort. It’s only when you start demanding serious athleticism switching from left to right that the weight becomes apparent. But even then, it doesn’t seem detrimental to the vehicle’s progress. 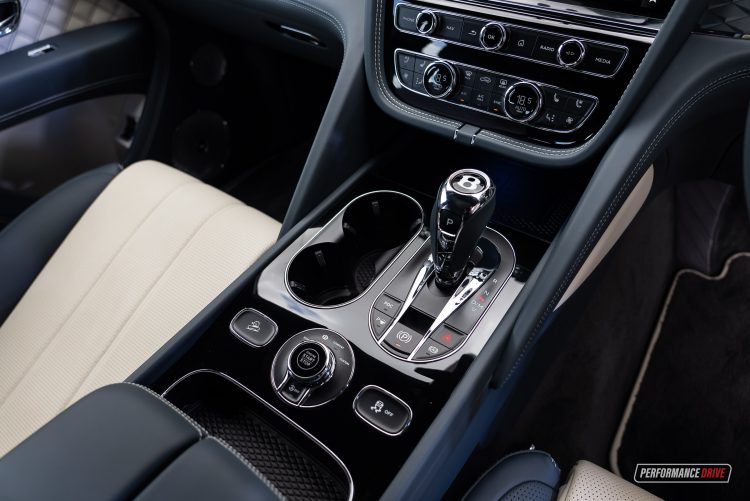 And it depends on what driving mode you’re in. Bentley is offering its widest range of drive modes ever with the new model, with up to four on-road modes and four off-road modes with the optional All-Terrain Specification. These all alter various parameters, including steering feel, suspension settings, powertrain response, and drive modulation. We didn’t get a chance to test the off-road capability during this occasion.

Bentleys are not always about driving pleasure, though. The interior and passenger experience is also very important. After all, some owners will opt to ride in the back. As such, Bentley has made various changes to the cabin. Aside from redesigning elements of the dash and fitting an exquisite new central climate vent and integrated timepiece ‘wing’, the new model showcases a new 10.9-inch touch-screen media interface. 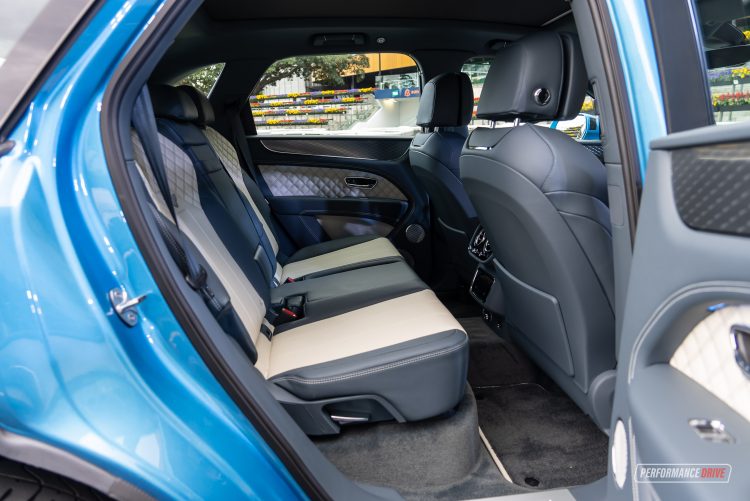 Comfort levels have been increased thanks to redesigned seats, with extended perforation to expand heating and cooling functionality, including for the outer rear seats, and there’s a new, larger removable touch-screen in the back (now 5.0 inches), with easier-to-ready widgets and controls. Rear legroom has also been increased by 100mm so you can really sit back and relax.

As before, buyers can stick with the standard five-seat configuration for practicality or opt for seven seats via the installation of a third row. Or, for a more exclusive environment there is a four-seat layout that brings in a proper centre console through the middle. 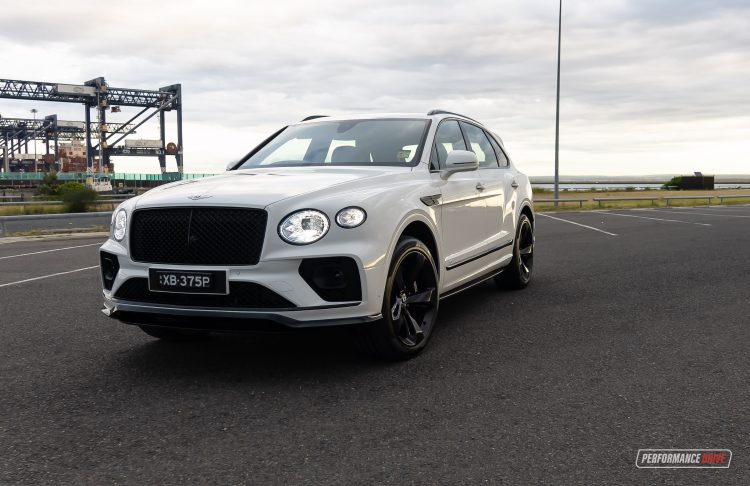 The Bentayga maintains a level of superiority on the road like no other SUV. It is superbly powerful and fittingly fast, but it doesn’t make a big deal about its performance credentials – unless you want it to. Of course, the passenger comfort and relaxation available is at the pinnacle level of what the automotive world currently offers. It’s hard to think of another vehicle that surpasses the Bentayga’s all-round versatility.

We are aiming to put together a more detailed review for you in the near future, including a video for a virtual taste of its performance and awesome V8 soundtrack. Stay tuned.