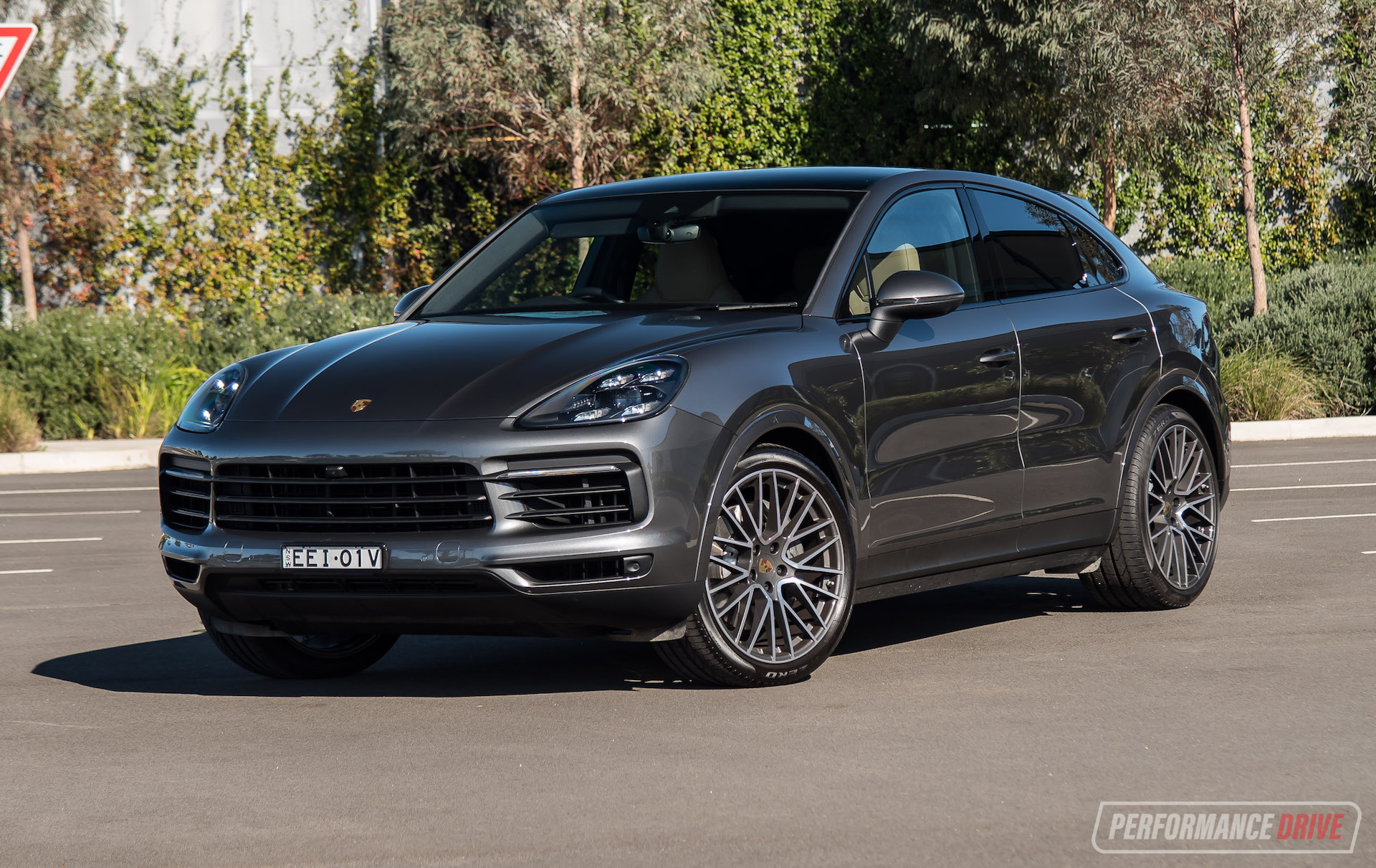 If you told us 30 years ago that Porsche would one day be offering not just an SUV, but a coupe SUV, we would’ve suggested you see a medical expert. But, lo and behold, here we are and here it is. The 2020 Porsche Cayenne S Coupe. 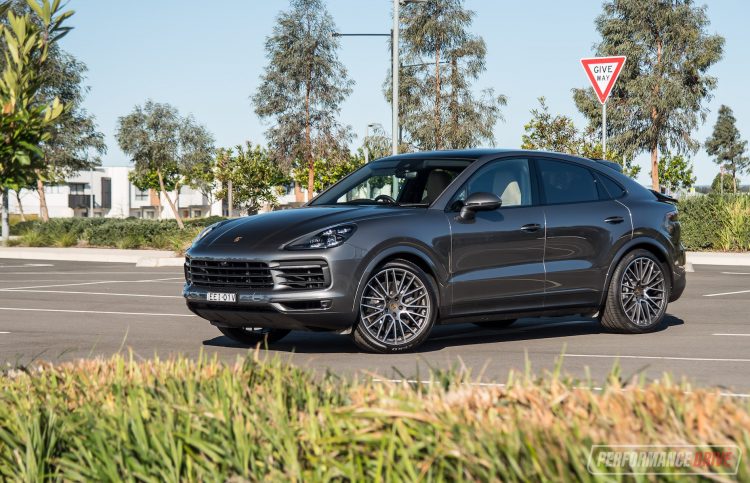 The uprising popularity of SUVs among consumers has essentially forced all carmakers to get to the drawing board to create something fit for the demand, or face being excluded from shoppers’ view. And this is regardless of how storied or legendary a brand might be. Lamborghini and Aston Martin recently introduced an interpretation of the SUV, and even Ferrari will soon offer its upcoming ‘Purosangue’.

So where does the Cayenne Coupe come in? Well, the Cayenne has been Porsche’s second most-sold new vehicle model outright, behind the Macan, for the last five years. Before the Macan came along in 2015, the Cayenne was the most popular. Now with the slowly-but-surely rising demand for more exclusive and unique alternatives to conventional SUVs, especially in the upper end of the market, it doesn’t take a business management genius to see the potential here for Porsche.

The German company introduced the Cayenne Coupe last year. It comes in standard form, E-Hybrid, S, Turbo, and Turbo S E-Hybrid, and soon GTS. Here we’re looking at the S, which is priced from $166,200. That’s up exactly $10,000 on the regular Cayenne S wagon. (This specific test vehicle is fitted with some options that take the excluding-on-roads price to $189,850.) 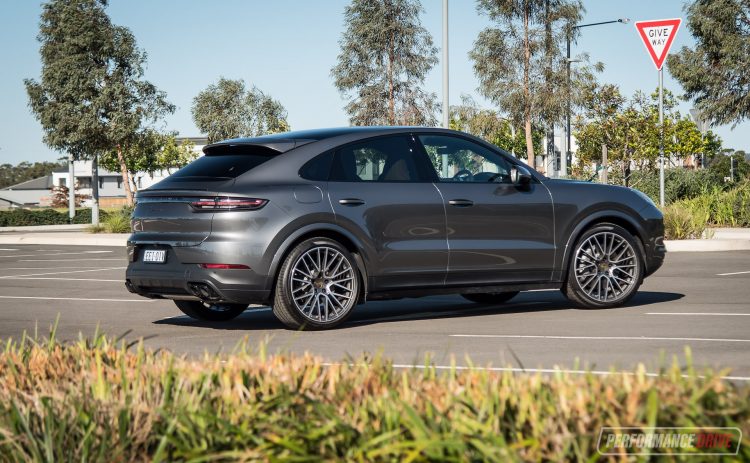 Although the $10k price hike over the regular version might seem steep, the S Coupe does come with more kit as standard. For example the Sport Chrono pack is included (a $2300 option on the wagon), as well as the speed-sensitive Power Steering Plus system ($600 option on the wagon), a panoramic glass roof (only a conventional sunroof is standard on the wagon), and 21-inch alloy wheels (up from 20s) – this test car features the optional 22-inch RS Spyder Design wheels which also includes body-coloured wheel arch extensions ($4520).

Like the regular S wagon, the S Coupe comes with the surround-view parking camera system, a 14-speaker Bose sound system, and adaptive air suspension with adjustable ride height control. All of this is controlled on the crystal clear 12.3-inch touch-screen. Porsche has applied a typically reserved and subtle colour palette to the media system’s graphics, with mainly black and white displayed, and some grey and splashes of red for the menus. It’s a fairly simple interface to operate, although, there are some menus that sprout out from odd places. 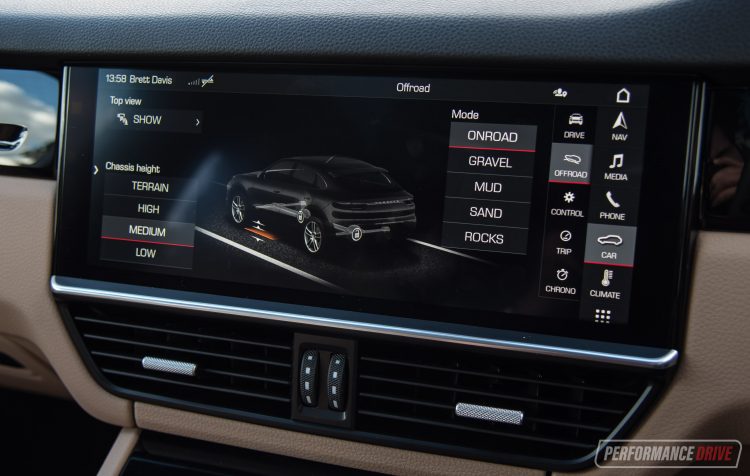 For example, most of the controls are lined up down the right-hand side of the screen. But once you’re in certain areas, more drop-down menus will pop up from the left or down from the middle. It’s just a little inconsistent and doesn’t flow as well as it could in our opinion. However, we love that you can configure the home screen how you like, and present various widgets in an assortment of boxes.

You’ve probably heard people go on and on about the build quality of Porsche vehicles. But it’s difficult not to notice the extent of the attention to detail in here. The leather on the seats, for example, is really thick. Like an expensive lounge chair. And there’s thick padding on the lower sides to keep your legs centred, and mild bolstering on the upper sides to provide a good balance between lateral support and long-distance comfort. Scratchy plastics are very hard to find in here. Even the lower half of the door cards which carmakers commonly forget about, the Cayenne feels quality yet durable enough to withstand kicks and scuffs. 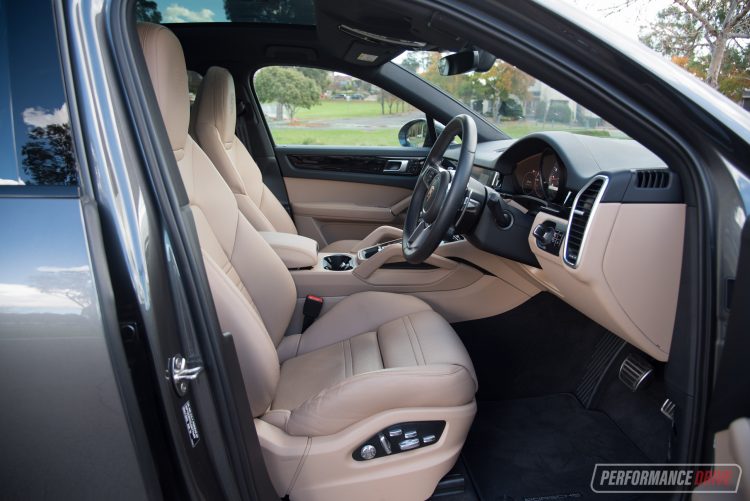 This example showcases the standard four-seat configuration with two individual seats in the back. Obviously this does instantly diminish its practicality over the regular wagon. Porsche does offer a no-cost optional 2+1 rear seating layout though if you really need it. But even still, the headroom is reduced due the sloping roofline. Most adults will fit in with no trouble, but taller people will suffer slightly compared with the wagon model. Legroom is good, and with the four-seat layout there is a distinct scent of exclusivity and VIP about the rear seat atmosphere.

Technically, the Cayenne Coupe’s front windscreen and A-pillar angle is lower, and the roof edge is lowered by 20mm compared with the wagon. The rear doors have also been redesigned to accommodate wider rear wheel arches (18mm). These help give the Coupe a more muscular stance. Due to the swooping roofline some boot space is sacrificed. The Coupe offers 625L, or 1540L with the rear seats down, while the wagon presents 770L/1710L. A space-saver spare wheel sits under the boot floor. 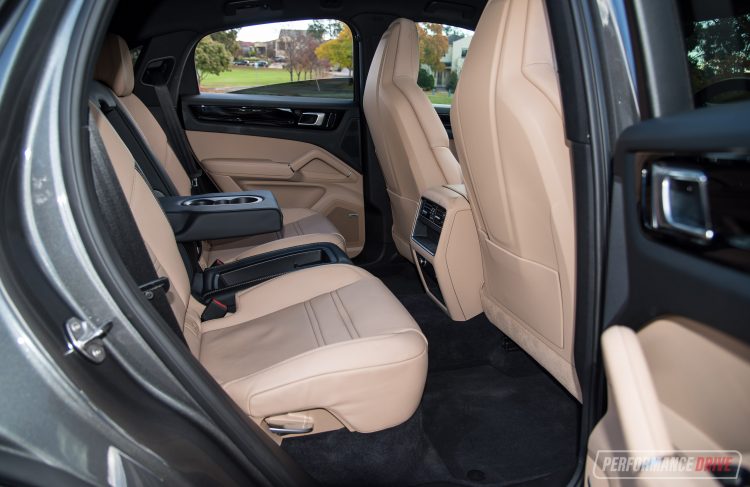 This is a beauty of an engine. It might be relatively small in capacity, at 2.9 litres, however, the power and acceleration it can deliver is sensational. Let it sing around to 6700rpm and you’ll experience a glorious 324kW. On your way to that though, and perhaps most noticeably, you’ll be hit by 550Nm of torque between just 1800rpm and 5500rpm.

These are the same figures seen in the Macan Turbo, except peak power is achieved at 6600rpm in the Macan and it uses a seven-speed dual-clutch auto as opposed to the eight-speed torque converter auto used here. Like with the Macan Turbo, we think it is a shame that Audi uses a higher output version of this same engine for its RS 4 and RS 5 models; 331kW/600Nm. Shouldn’t Porsche get the best that’s available?

Anyway. Regardless of that. We love the highly-refined nature of this unit. At idle it hums and burbles like something serious is about to happen, but it’s also very smooth and silky once up and running. This test car features the superb bi-modal sports exhaust option ($5970) which obviously helps to boost the aural drama. But the engine never seems stressed. At all. It’s like an Olympic sprinter going for a Sunday morning jog; at any point it can tense and fling off with no hesitation. 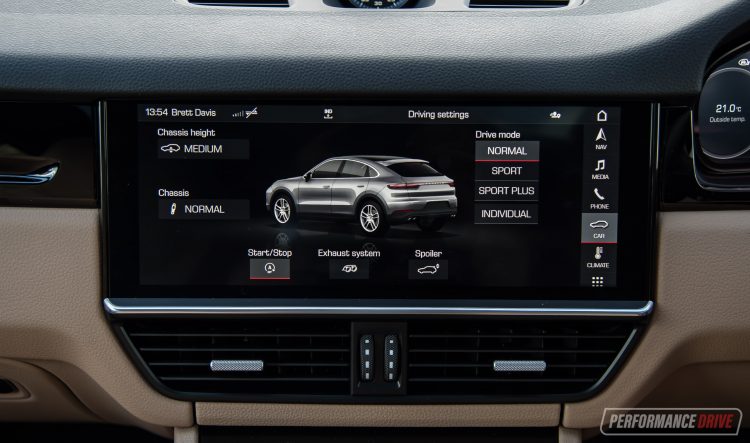 We find it a little puzzling that the S Coupe is heavier and slower than the equivalent Cayenne S wagon. The Coupe does come standard with the Sport Chrono pack as mentioned, and the official 0-100km/h time is 5.0 seconds. However, if you specify the Cayenne S wagon with the Sport Chrono pack the official time is 4.9 seconds. We suspect this is because the Coupe is 30kg heavier. Both come with air suspension and a similar degree of standard high-end/heavy luxuries, so we’re not entirely sure why the swoopy version is heavier.

It seems this could impact the fuel consumption as well, as the S Coupe is listed at 10L/100km on the official combined cycle while the regular Cayenne S is rated at 9.4L/100km. Perhaps it’s the aerodynamics that might play a roll. As standard all Coupe models come with an active rear wing (only the Cayenne Turbo gets an active wing in the wagon lineup), as well as a fixed roof-height spoiler. We notice the S Coupe does come with 21-inch wheels over the 20s fitted on the regular S wagon model as well. Both of these could impact economy. 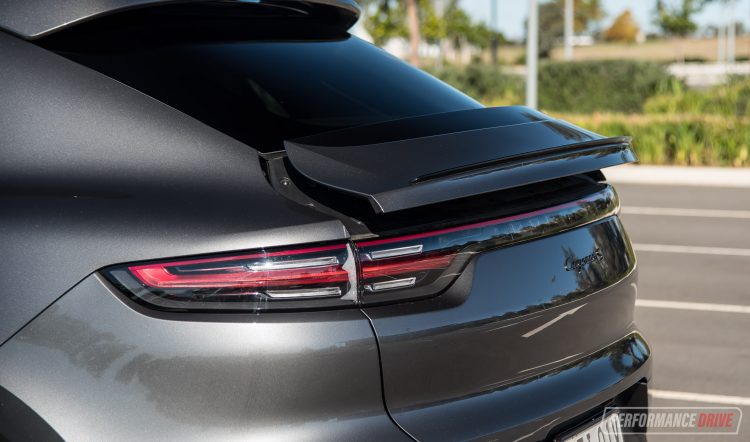 Either way, you won’t desire more power or speed. We clocked 0-100km/h in 4.89 seconds – 0.1 quicker than Porsche’s claim – with 0-200km/h coming up in a dashing 18.51 seconds. Considering the S isn’t pitched as a straight-line speed king specifically, these are some very impressive real-world results.

Around corners the Cayenne S defies what you think it physically possible from a two-tonne SUV. Of course the steering is just bliss, providing lots of wholesome feedback and making you feel at one with the car. But the behaviour during high lateral g-forces and the reaction from the chassis and suspension during directional changes is amazing. It feels heavy, yes, but always utterly solid and stable. If you continue to push the limits the Cayenne actually starts to feel playful. It seems lighter on its toes, encouraging you to chuck it around and boing from corner to corner. Even in technical, high-tempo conditions. 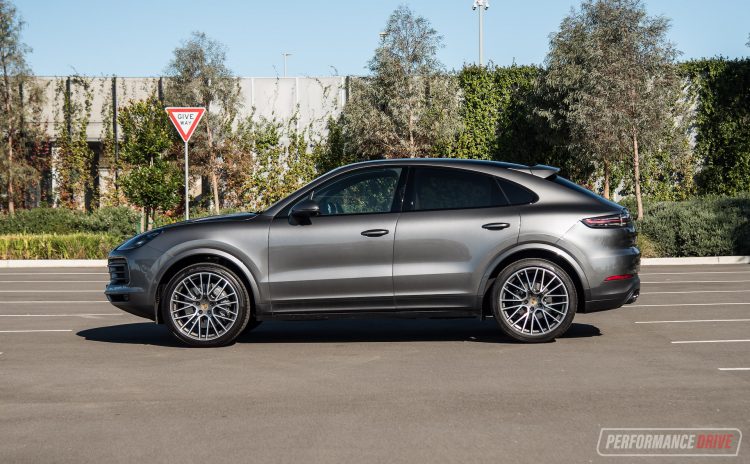 One of the best elements to the driving experience. Actually, the two best bits. Actually, the three best things about driving the Cayenne S are the engine character, delivery and sound, the flawlessly calibrated eight-speed auto transmission (in any mode), and the air suspension. All of these systems come together in a perfectly consistent and refined synergy. That’s the renowned Porsche pedigree coming through, we guess.

It’s lovely and pleasant to drive in town too, with the air suspension soaking up poor surfaces without sending shockwaves into the cabin. You receive reassuring confidence every time you turn the awesome three-spoke steering wheel, and although this is a large vehicle (just under 5m long and 2m wide), parking and threading through tight streets can be done without worry.

You have a clear sense of its footprint on the road and where its wheels are at any given time. Rearward visibility can be hazardous at night due to the thick C-pillar and enclosed rear windscreen. But fortunately the crisp surround-view parking camera system is standard, providing clear visuals in the blind spots. 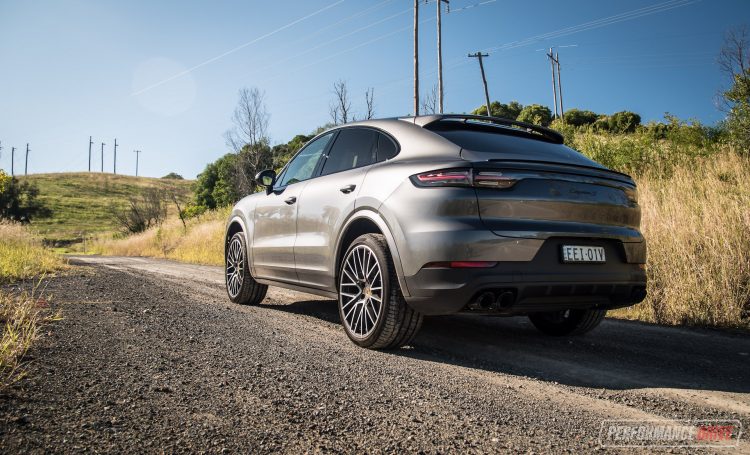 We’ll say it quickly to ease the pain. The Cayenne S Coupe is slower, less practical, heavier, thirstier, and more expensive than the regular Cayenne S wagon. But does it matter? To the target market stinging for a more exclusive vehicle than just another SUV, we don’t think it will matter one bit.

We would stick with the regular wagon version but we can totally understand why some will prefer the new Coupe. This looks stunning and elegant in comparison, to the point where it really stands out in a crowd, and it does come with some sought after features over and above the regular model.