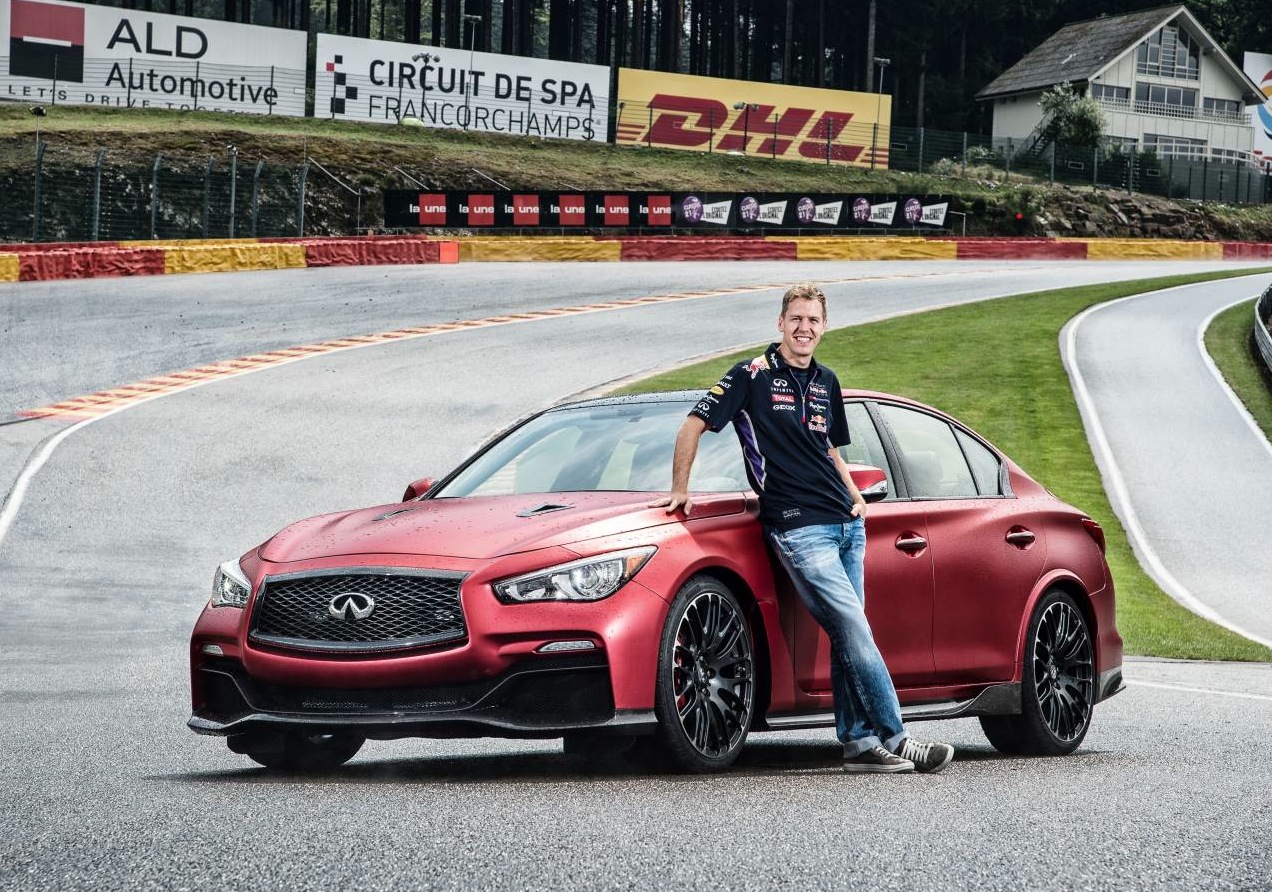 What better place to showcase the epic Infiniti Q50 Eau Rouge than at the circuit it is named after; the famous corner at Spa-Francorchamps in Belgium. 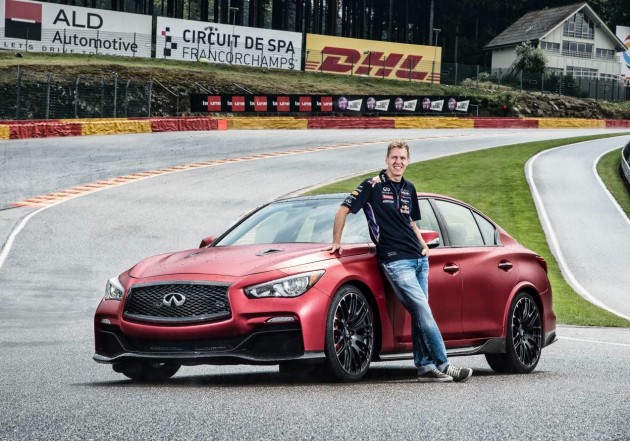 The unique concept is set to go into production, which is quite interesting considering it uses a Nissan GT-R engine. It seems like one of those crazy concept cars that would never make it to the market.

To show off the car’s performance Infiniti has put together a marketing campaign via social media, which saw company director of performance Sebastian Vettel go up against a world champion snooker player, and a US professional racing driver.

It wasn’t an all-out race around the circuit. Instead, it was about getting through the famous Eau Rouge corner as fast as possible. Vettel went first in the pouring rain, followed by female snooker champ Pan Xiaoting, and then race driver and Jalopnik contributor Parker Kligerman.

Vettel had the advantage though, and not only because he is a four-time world champion F1 driver, but because he played a significant role in the development of the concept. Vettel said,

“Even though it was difficult to get a proper feel for the car’s performance due to the wet track, the engineering team have made definite improvements to the car in the areas of steering and suspension since I first drove it earlier in the year.”

Under the bonnet is a 3.8-litre twin-turbo V6 engine taken from the Nissan GT-R. It produces 418kW of power and 600Nm of torque.

Check out the video below to see how the race turned out.