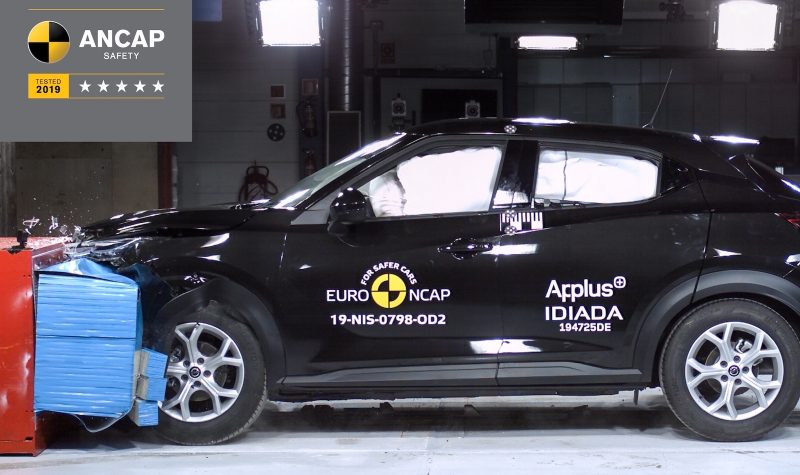 The all-new 2021 Nissan Juke has received a five-star ANCAP safety rating ahead of its official local launch. The quirky small SUV was crash tested by the Euro NCAP division and the results have been analysed by the local ANCAP division for a local rating. 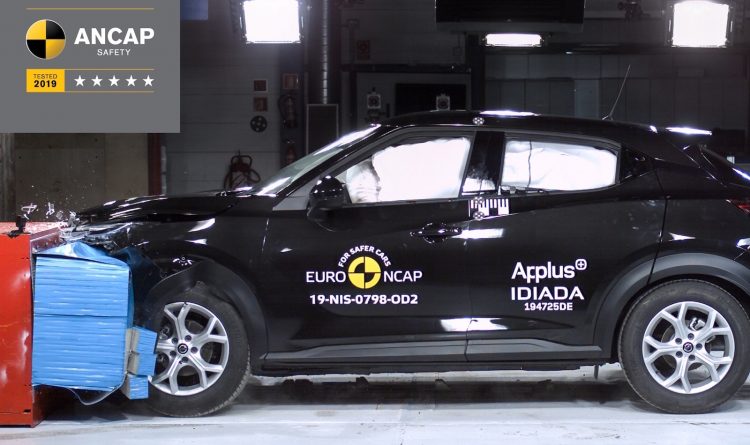 Nissan Australia will launch the new Juke during the middle of this year, however, the small SUV will hit the ground running thanks to a five-star safety score straight out of the gate. The new model debuts a number of advanced safety systems and new technologies, some of which are not seen on the outgoing model. These no doubt helped encourage the top score.

For its safety assist technologies ANCAP gave a score of 71 per cent, with its seat belt reminder achieving 3 out of 3, but its speed assistance system scored 1.2 out of 3. Lane support scored 2.5 out of 4 and autonomous emergency braking scored 2.59 out of 3.

Lastly, the 2020 Juke received a score of 81 per cent for vulnerable road user protection (pedestrian). It received 6 out of 6 for upper and lower leg impact, but only 15.13 out of 24 for head impact protection. Autonomous emergency braking for pedestrian and cyclist scored well, with 5.86 and 6 out 6, respectively.

Full local specifications for the new Juke are yet to be confirmed for Australia, however, the local arm says all variants will come standard with autonomous emergency braking, traffic sign recognition, lane departure warning, rear cross-traffic alert, as well as LED headlights, a rear-view camera, and six airbags. Market entry is scheduled for “mid-year”, Nissan says.