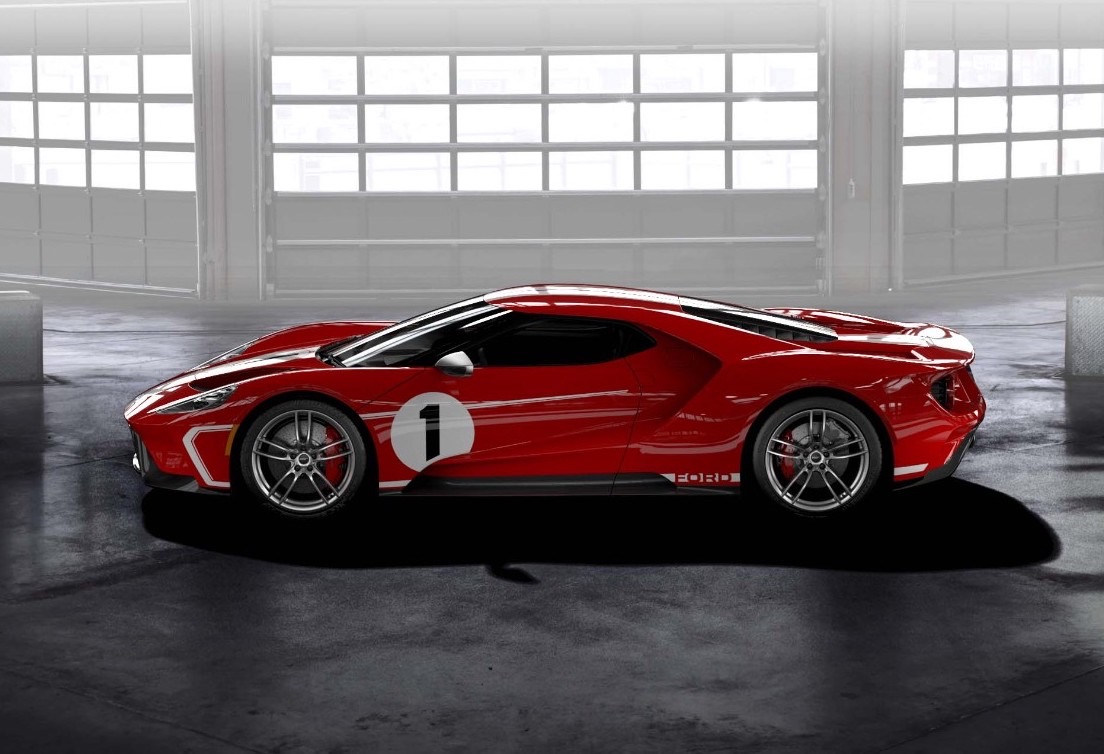 A special edition Ford GT Heritage is being launched to pay tribute to the Le Mans victory by the classic GT40 back in 1967. 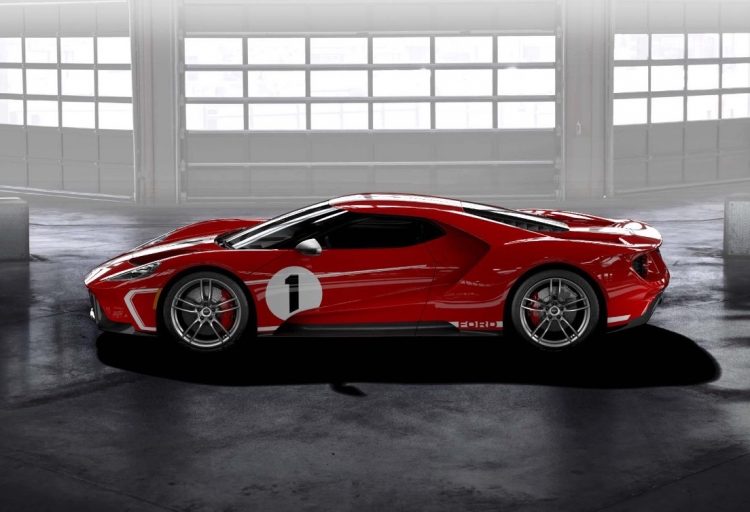 The GT ’67 Heritage edition is most obvious thanks to its gloss Race Red exterior, harking back to the original, blended with white stripes and exposed carbon fibre. There’s also a Frozen White No.1 on the bonnet and doors to commemorate the triumphant win.

Also for the exterior there’s a set of 20-inch single-piece forged aluminium wheels coated in satin clear coat with black wheel nuts. Behind these are a set of red-painted calipers, with silver side mirrors completing the look.

For the interior Ford has brought in a new leather trimming for the carbon fibre seats, with contrast red stitching. The red continues with the seat belt patterns and steering wheel stitching, while the driver gets to play with anodised grey paddles. Speaking about the special edition, Garen Nicoghosian, exterior design manager for the car, said:

“The first Heritage edition car was a huge success, honoring our history with a modern interpretation of the Le Mans winner. Continuing with a 2018 Ford GT based on the winning GT40 Mark IV race car was simply something we needed to do.”

Ford will be launching “limited quantities” of the special edition for the 2018 model year. Each comes with a unique build plate.