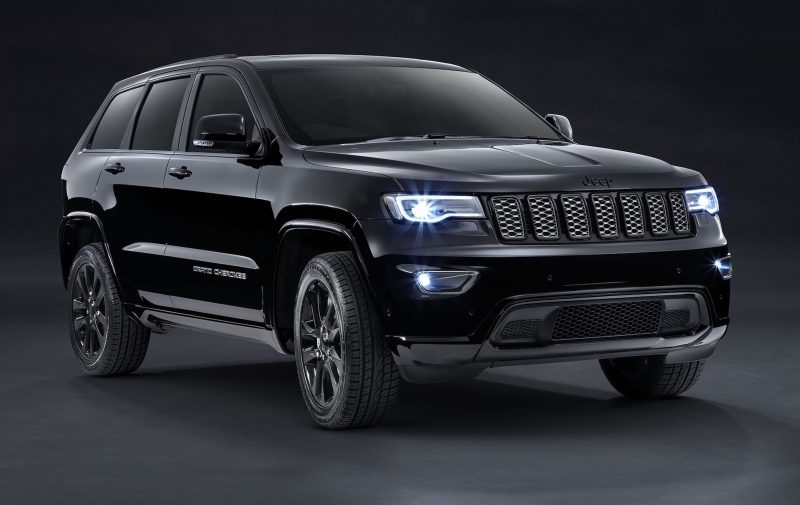 Jeep Australia is announcing what will likely be the last model update for the current-generation Grand Cherokee range before the all-new model comes along, expected some time next year. 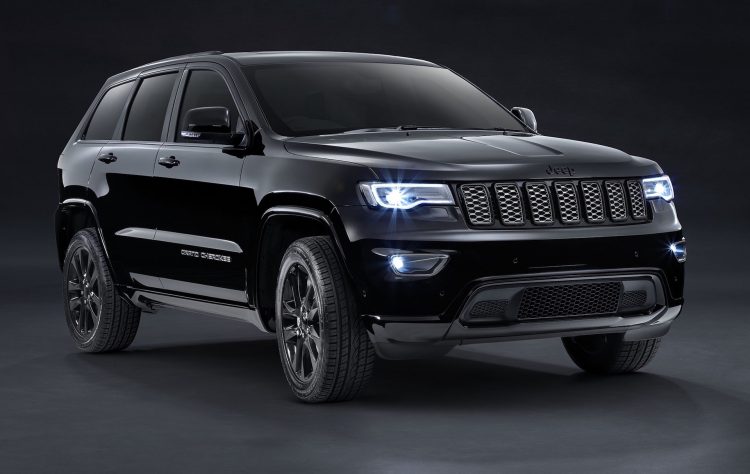 A whopping nine main variants are being launched for the MY2020 update, spanning from the Night Eagle, Limited (review here), S-Limited, Trailhawk, Overland, Summit, SRT, to the top Trackhawk (review here). Some of these are available with either a diesel or petrol engine while others are offered with one option only.

As standard, even the base model Night Eagle (pictured above) – which joins the range as a regular model following popularity as a special edition previously – comes with a host of advanced safety assist systems. Autonomous emergency braking, lane departure warning, auto high-beam, and advanced brake assist are all now standard.

All models also come with an 8.4-inch Uconnect touch-screen media interface with Android Auto and Apple CarPlay connectivity, along with a parking camera, 7.0-inch partially digital instrument cluster, dual-zone climate control, and power front seats. As you can see, this is comprehensive offering for a base model. 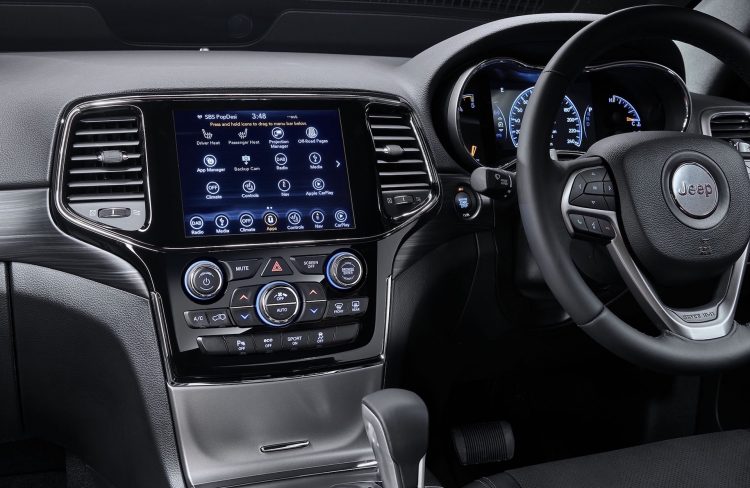 For performance fans, the SRT retains its monster 6.4-litre HEMI V8 that develops 344kW and 624Nm, while the insane Trackhawk uses a 6.2-litre supercharged V8 that belts out a massive 522kW and 868Nm. All come paired with an eight-speed automatic with four-wheel drive.

The full lineup is on sale now, with prices starting from the following (base vehicle price [BVP], includes GST and LCT, but excludes on-road costs and dealer charges): 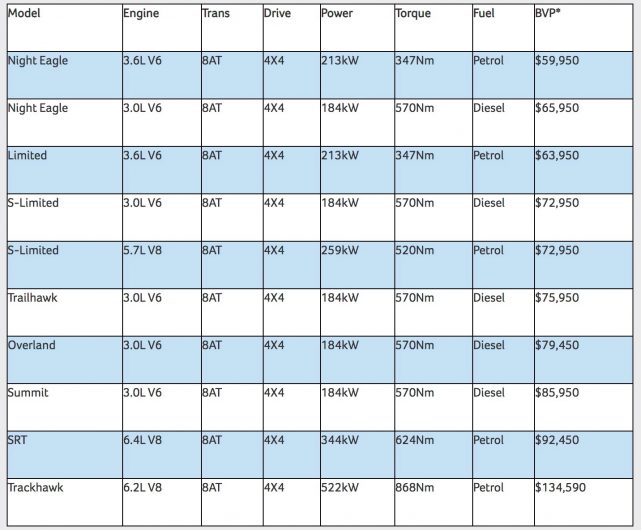