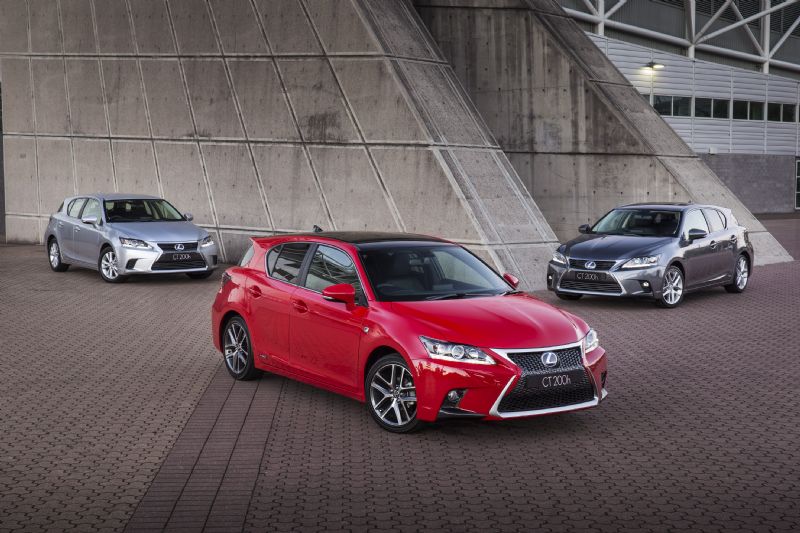 Lexus Australia has announced the updated 2014 Lexus CT 200h is now available, with more features and lower or unchanged pricing across the board. 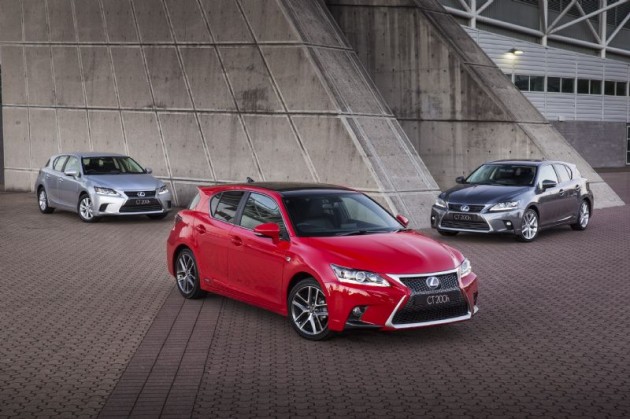 Immediately you can notice the facelifted model with the company’s latest ‘spindle grille’ design. It looks much more aggressive than the outgoing model, with a sharp attitude. The rear end is also tightened up for a more prominent stance, while the interior gets an updated dash with a sporty IS-like steering wheel.

All variants now come with a reverse parking camera as standard, a more comprehensive media interface with Lexus’s Remote Touch mouse-like controller, a 10-speaker stereo (up from six), and automatic wipers.

From there selected models receive more kit on top of that. The base model Luxury can be optioned with a leather interior, seat warmers, and 17-inch alloy wheels. A sunroof and satellite navigation is also optional.

Moving up to the F Sport, it now comes with a unique black roof for that sporty look, a larger rear spoiler than before, as well as Lexus’s Enform call centre GPS guidance. Despite the added equipment the starting price has dropped by $2000.

Lexus has made some tweaks the chassis and suspension tune for the 2014 update, helping to provide a more engaging and dynamic driving experience according to Lexus.

All models come with the same hybrid powertrain as the outgoing model, consisting of a 1.8-litre four-cylinder petrol engine paired with electric motor assistance. Its combined output is rated at 100kW. It offers an official average fuel consumption of just 4.1L/100km.

See below for the full price list and option packs (excludes on-road costs):