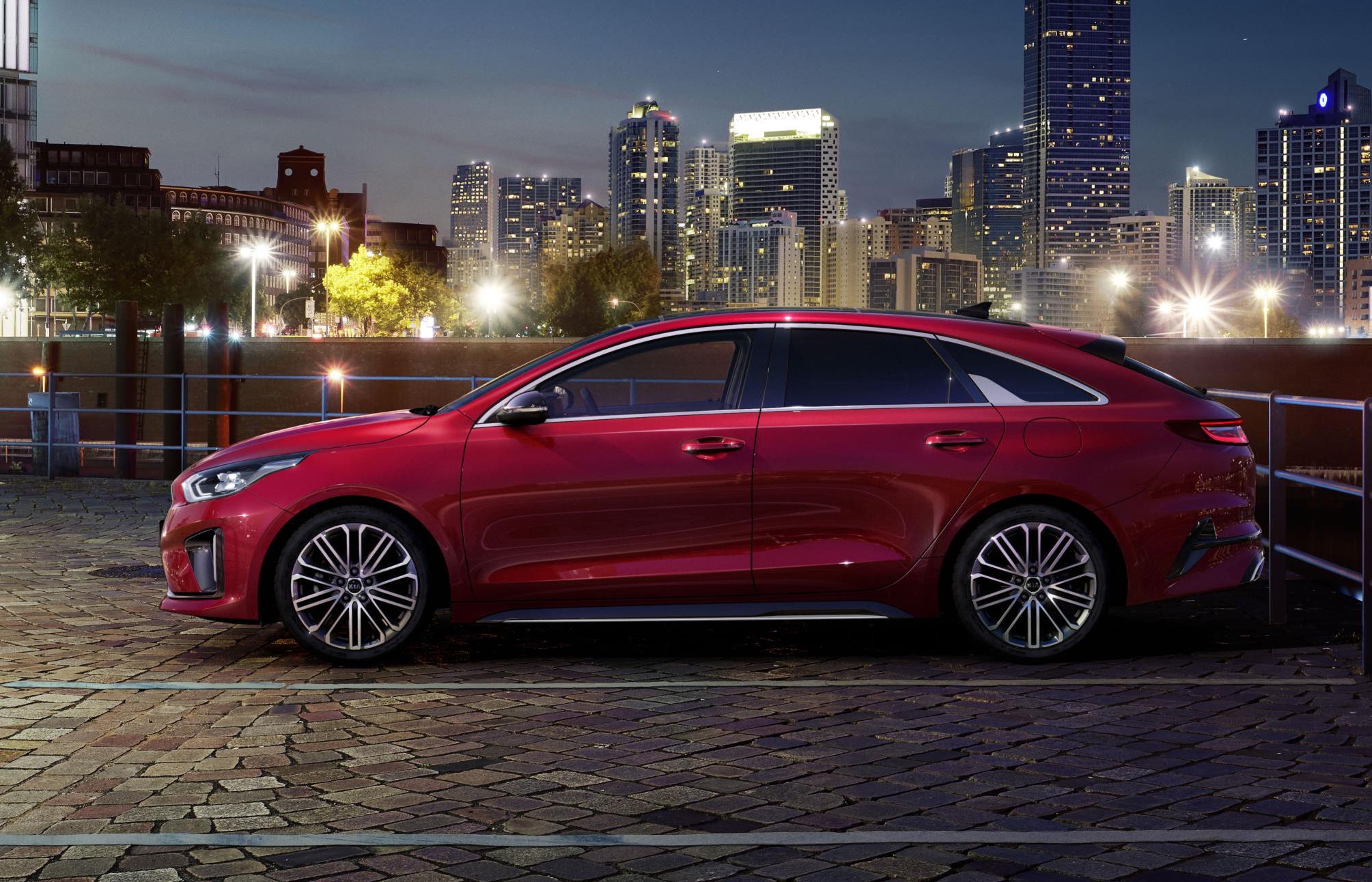 Following a teaser a couple of weeks ago, Kia has now revealed the all-new 2019 Kia ProCeed ahead of its public debut at the Paris motor show next month. The new model is inspired by the stunning ProCeed Concept that debuted last year. 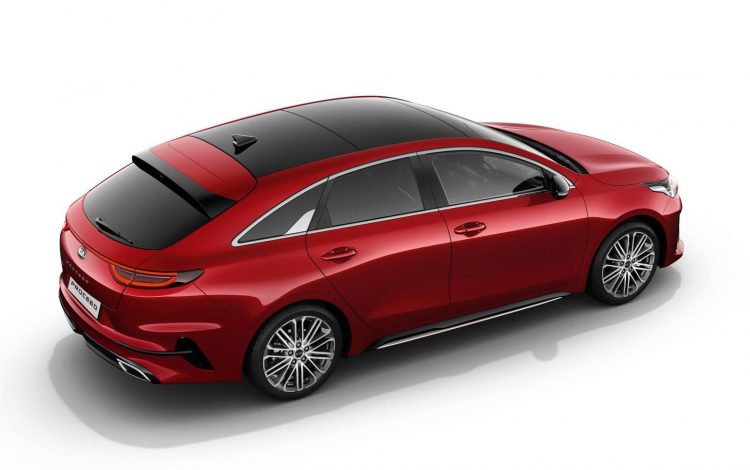 Like the concept, the new model takes on a shooting brake body profile. In other words, it’s kind of a sporty wagon that has some coupe and hot hatch appeal. And just like the new Ceed GT also revealed today, the new ProCeed will be a Europe-exclusive model.

It must be said, the exterior design is brilliant. At the front is a focused and pouncing face, while towards the back it forms into an elegantly sweeping, coupe-like profile. Kia says the mission was to combine the DNA of a coupe with the versatility of a wagon. It’s actually lower and longer than the Ceed five-door hatch and Sportswagon, too. Speaking about the design, Emilio Herrera, COO at Kia Motors Europe, said:

“The ProCeed takes the Ceed model family in a bold new direction. Where the Ceed Sportswagon majors on practicality, the ProCeed provides couples or young families with the space and versatility of a wagon, combined with an emotive, swept-back design. Where focusing on one of these normally compromises the other, the ProCeed is the first car in the mainstream segment to combine both.” 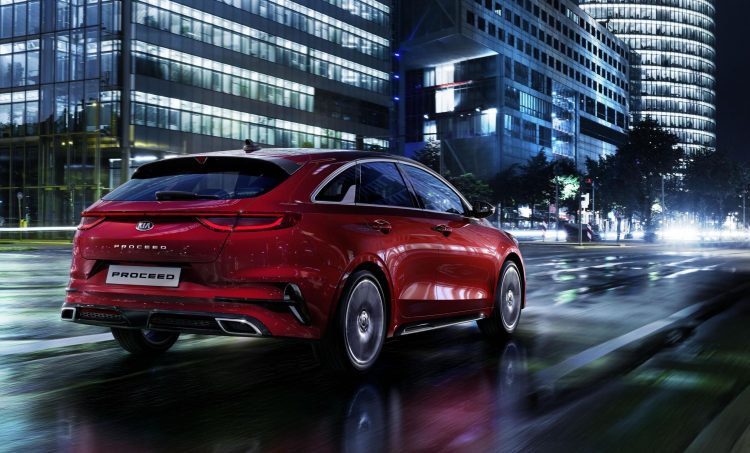 To add even more appeal, the new Kia ProCeed will be offered with the company’s traditional GT-Line package, which adds a range of sporty details. Kia will also offer a flagship variant called the GT, equipped with a 1.6-litre turbo-petrol four-cylinder engine producing 150kW and 265Nm.

Even in the mainstream lineup, the new model will be offered with a range of interesting engines. It all kicks off with a 1.0-litre turbo-petrol producing 88kW and 172Nm. This is the same feisty engine offered in the Euro-spec Picanto GT-Line. Further along is a new 1.4-litre turbo that develops 103kW and 242Nm, while a 1.6-litre turbo-diesel generating 100kW and 280Nm rounds out the lineup.

For the interior there’s either a 7.0- or 8.0-inch touch-screen media interface, depending on the variant, packing Apple CarPlay and Android Auto as standard. A powerful JBL audio system will be on offer, as well as Normal and Sport driving modes via a Drive Mode Select system.

As mentioned, the Kia ProCeed will go on sale exclusively in Europe. Showroom entry is penned in to commence in the first quarter of 2019.